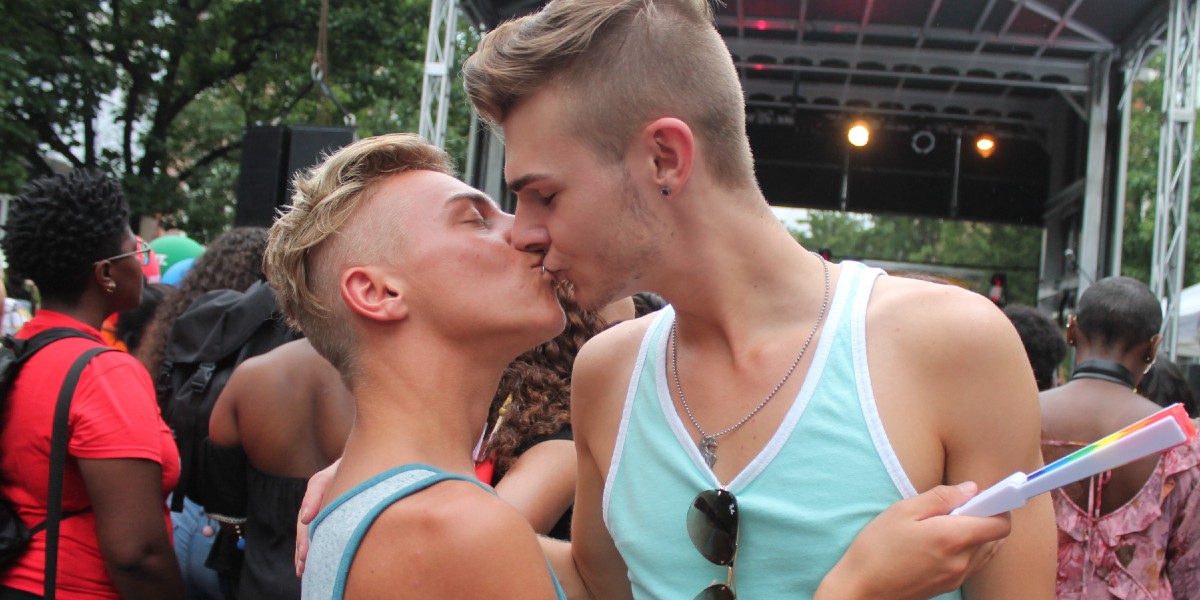 From an outside perspective, the idea of the ‘twink’ can be something of a joke. It helps non-LGBTQ+ people to neatly categorise queer people into more easily understandable stereotypes, often with the aim of ridicule. In my experience, the question “are you a twink?” often comes from the same sort of person to unironically scream “yas queen” whenever I enter the room. While patronising and arguably problematic in its own right, this non-queer interpretation of ‘twinkness’ is relatively harmless. My real issues with the conceptualisation of the twink come from within the queer community itself.

I feel I should note here that I don’t believe the idea of the twink is inherently toxic. It is perfectly possible I believe to have a healthy relationship with the label and to apply it in a conscious and respectful way. All too often though, my own relationship with the term, and my perception of its use in the wider community, has not been a positive one. Body image issues among male and transmasculine people are not problems we often discuss, especially from a queer perspective. Internally, I have often found the culture around body image to be extremely unhealthy. The tired joke that ‘straight thin is gay fat’ draws on an uncomfortable truth about attitudes towards size among queer men and transmasculine people. Those who belong to this community will know what I’m talking about when I speak of the ‘ideal’ twink body. It’s one that is at once dangerously underweight and yet also muscular and curvy at the same time. So trivialized and commonplace have these negative ideas become that anorexia and being underweight are glamourised as the desirable qualities of the ‘perfect’ twink. At its worst, this mindset encompasses the worst aspects of both male and female toxic body standards, a juxtaposition that makes pursuing it damagingly unobtainable, as well as a reflection of the complexity of queer identity.

Almost every queer man and transmasculine person I’ve met has had the same experience with this toxic interpretation of the twink. Body image issues, an unhealthy relationship with food and a damaged sense of self-worth are par for the course, whatever their own size. I’m ashamed to admit that I have felt jealousy and resentment towards people whose bodies more accurately reflected this twink ideal than my own. This was especially true of people I was close to or felt an attraction for. Yet, my reality was not one in which those I resented for my body abused me. My problems came from how the way they looked made me feel, and I see now why it was unhealthy of me to resent other people for that. Instead, I should have taken the chance to reflect on why I was feeling that way, and on the fact that many of the people I was envious of likely had their own issues towards body image. For me, the queer community is at its best when it champions celebration. Whether that’s about celebrating ourselves and the beauty we all have as we are, or in lifting up others, it’s something I now make a more conscious effort to practice. There are undoubtedly unhealthy standards surrounding the queer cultural iconography of the twink, but the way to dismantle those is not to target young queer people who are as much a victim of this mindset as anyone else.

The tired joke that ‘straight thin is gay fat’ draws on an uncomfortable truth about attitudes towards size among queer men and transmasculine people.

In my experience, for queer and transmasculine people, there’s an added layer of complication to body image issues, since your peers are also potentially the people you’re attracted to. This can get messy when the people you’re developing an interest in sexually subconsciously form your standard for your own body image. For myself, the earliest memory I have of body issues is from when I was 10. I remember watching a video of a popular gay couple on the internet at the time and hearing them talk about the ‘perfect twink’. One of them complained about the sacrifices: the meals skipped, the intense workouts and even the use of invasive surgery. It was all supposedly justified though as it allowed them to maintain that most highly coveted status of ‘twink’ within the community.

Looking back, I’m sure the couple would never have intended for any in their audience to absorb their content and reflect negatively on themselves as a result. For me at the time though, it was devastating. As someone already struggling with my sexuality, I suddenly had all these additionally imposed rules on fitting into the already outcast community that, through no choice of my own, I was a part of. What followed was many years of very unhealthy behaviour. I won’t get into it too deeply, but I developed lasting issues with eating and body image in general. I put impossible standards for myself on how I should act, what I should wear and how my body should look. Consistently, these standards were based on the idealised twinks I looked up to in media. Again, I don’t believe these people maliciously perpetuated unhealthy standards. Many of them were likely just as much the victims of this dangerous mindset as I was and trapped in the same unhealthy patterns of behaviour. It was only after spending years working on my mental health and self-worth that I was able to unpack my unhealthy relationship with food and body image and get to a place of being comfortable in my own skin.

I fully acknowledge my experience has been significantly easier than many of my peers. Throughout my most formative years, I was lucky to be in a relationship with someone who has always confronted my issues with body image by showing me nothing but love and support. I have also been fortunate not to suffer the sort of abuse that queer plus-size people face about my body type. It is important not to overlook people of different body types in this discussion, who often face very visible discrimination within the community (think the cliché of ‘no fat, no femmes’). Those who are plus-size face particular problems stemming from the twink ideal, with some horrific external abuse alongside internal issues with body image. In celebrating my own journey towards body positivity, I want to lift up people of all body types. Whatever your size, I believe it’s vital to develop a positive, healthy relationship with your own body and learning to be happy in your own skin.

I suddenly had all these additionally imposed rules on fitting into the already outcast community that, through no choice of my own, I was a part of

For me though, my journey has taken me to a much better place in my relationship with body image. I have come to build a far healthier appreciation for food, whereby I can cook and eat without the same feelings of guilt or obsession over size. I can look at myself in clothes without feeling bad about the fact I don’t fit into the same outfits I wore when I was 13. I can take compliments now about my body from my partner without entertaining paranoid delusions that he was lying to hide his disgust. I have also been able to apply my healthier outlook towards myself in my wider perception of body images. Not only have I become more skeptical of messaging around queer bodies that appears to idolize and fetishize extreme thinness, but I have also learned to better recognise the beauty in all body types.

I have further been more attentive to the body issues of others, including those I used to harbour resentment towards. Many of these interactions have been eye opening, in that people whom I had long been envious of had insecurities over things I had never even thought about. When I spoke to some of these people about twink culture, it was startling how similar their understanding of it was to my own. The positive side of this though is how ‘thin’ the veneer of twink idealism has now become. The queer community have made significant strides towards addressing issues around body image and mental health and the discourse has been gradually shifting in the right direction.

Those who are plus-size face particular problems stemming from the twink ideal, with some horrific external abuse alongside internal issues with body image.

The twink ideal is something I believe all queer men and transmasculine people will encounter at some point. My journey with it from aspiration and an unhealthy relationship with own body to challenging these ideas and growing towards self-love, is one I know that many share. The problematic nature of twink culture continues to be extremely damaging, but I think people are beginning to see the importance of celebrating more than one body type and making space for different types of people. Preferences for attraction and personal ambitions are fine, so long as we remember that our experience isn’t a universal one, that health should come first and, especially for communities like ours, the focus should always be on lifting up rather than pulling down. I hope all of us can embrace the diversity of our community more in future, especially for queer youth who deserve to grow into their own identities from a standpoint of confidence and self-love.