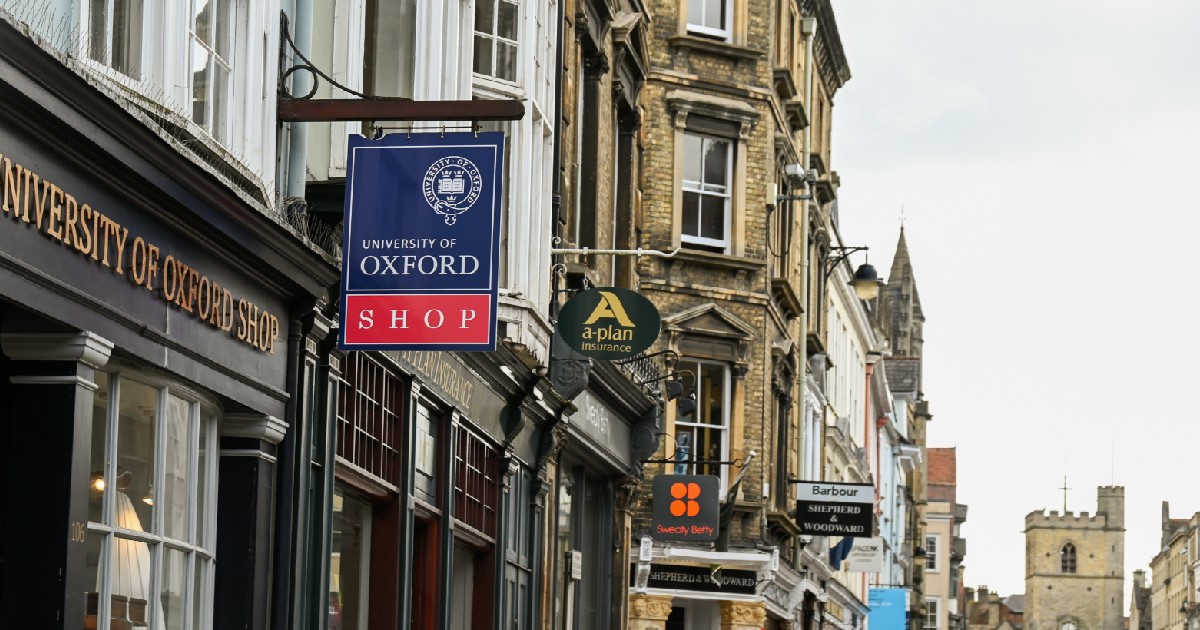 Image Description: A picture of a shop sign that reads “University of Oxford: Shop” with other shops either side.

Petitions have been circling regarding return to universities as the Government announced yesterday that students would not be permitted to return until the 17th May.

After the lack of promised communication from the Government, petitions had been started as an attempt for students to have greater clarity. Students from Oxford and from universities across the country have been signing petitions asking to return to accommodation as well as an update on in-person teaching. Students are also being encouraged to write to MPs and the Department of Education about the issue.

The committee of Common Room presidents (PresCom) have shared a petition asking the government to “allow all students to return to university at the start of the Summer term”. Dubbed “our turn to return” the petition has gained momentum with over 8000 signatures – close to the number needed for the government to respond. This is in addition to their letter to the Universities Minister.

Additionally, petitions specific to the return of Oxford students have been circling but gaining less traction. These, along with letters to MPs and suggestions for Ministers to contact have been added to a document designed to give students resources to campaign for their return. William Whitten, one of the contributors to the document said:

“The aim of the document is to try and bring together all the resources people both at Oxford and elsewhere can use to apply pressure for clarity over when students can return and to try and get university students back! It is a failing of the government that no date has yet been given, and it is a failing of the university that all the colleges have such different levels of leniency and policy on students going back. I encourage everyone to use the document and all the resources which are on it!”

Students who have not been allowed back yet have expressed their frustration at the lack of clarity they have received from the Government. A History student said that:

“The sheer lack of guidance and provision means that there isn’t a standard for every university, it’s essentially open for interpretation.”

Another first year commented: “I think the petitions are a really good idea: it shows that the students are genuinely concerned about this issue. However, it could also lead to a lot of false hope because the response people get might not be the one they wanted.”