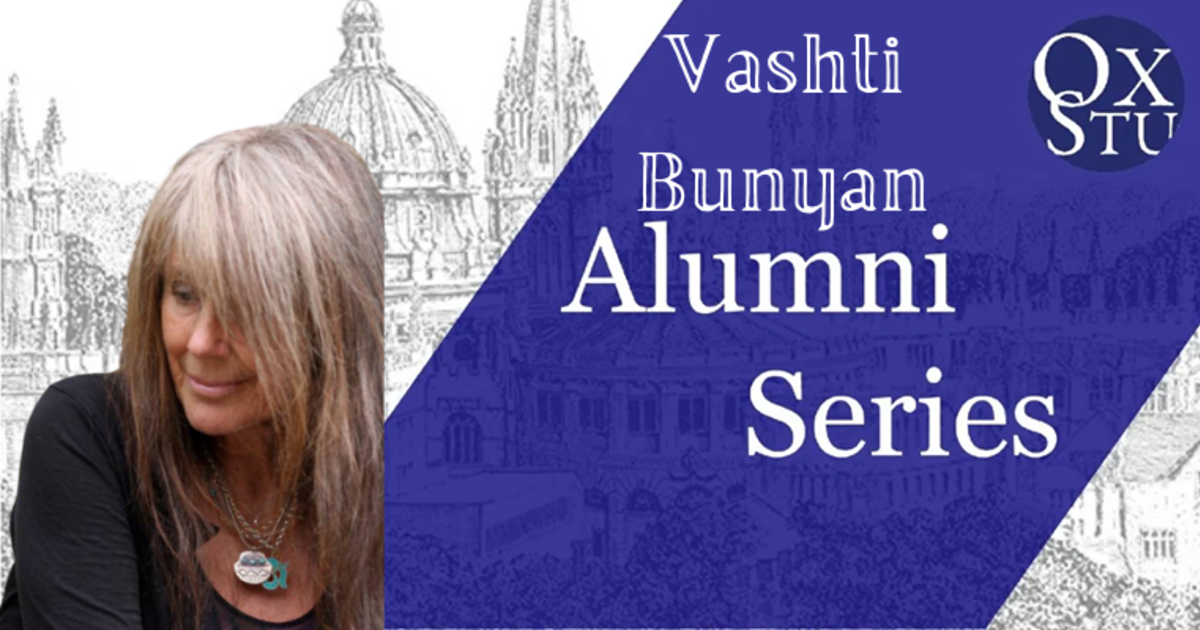 The latest alumni interview is with Vashti Bunyan, who studied at the Ruskin School of Art in Oxford during the 1960s. The singer-songwriter has had a decidedly unique career – disenchanted by the lack of commercial success achieved by her debut album Just Another Diamond Day after its release in 1970, Bunyan abandoned music. Over the next thirty years, her album slowly gained recognition and, after returning from her hiatus, the songwriter discovered it had developed a cult following.

Bunyan has now released three full length albums as well as a compilation of early singles and demos. Her music is critically acclaimed and she has collaborated with numerous composers, including Max Richter and Joanna Newsom.

To begin, I thought I would ask about your time at the university. I understand you were a student at the Ruskin, however I was wondering which college you went to?

I was a student at the Ruskin School of Drawing and Fine Art from 1962 to 1964. It was not – at that time – part of the University as it is now, and was held in two big rooms in the Ashmolean Museum. I was asked to leave after two years as I was spending more time with my guitar than with a paintbrush. I used to be listed as an alumna on their Wikipedia page, but I was removed, possibly because my own Wikipedia page tells of my expulsion, haha.

Do you still paint (I read that this is the medium you used, however please correct me if I am wrong!) or did you stop after leaving the school?

I didn’t paint after leaving, no, as I went on to concentrate more on music and song-writing.

I often think your lyrics are very art-like in their telling of a narrative; the scenes you describe are so vivid and easy to imagine that it is almost like you have painted them with words – do you think studying art had any influence on your style of songwriting?

I do think and write in pictures some of the time. Especially using the imagery of hills, forests and seascapes. I think I went to art school because I had so many pictures in my head. That the pictures became songs, later, was because they were already there, not because of the school. Drawing plaster casts of ancient Greek figures didn’t really inspire many songs.

Did you write any of the songs from Just Another Diamond Day whilst living in the city? If so, was there anywhere you would go for inspiration?

Well, no, Just Another Diamond Day was from four years after I left the Ruskin. The songs I wrote whilst in Oxford were very different, not narrative, much more personal. Love songs written by a very young woman discovering how difficult it all was.

Are the scenes you describe in your songs inspired by anywhere in particular, or are they fictional? Also, are there any poets or songwriters you see as your main influences?

The songs on Just Another Diamond Day were written on a horse-drawn journey from London to the Outer Hebrides in 1968/9. They are not really fictional, more like a document of the way things were for me then, and the people and animals I was travelling with. As for influence, maybe back then it was a bit of William Blake, a bit of Donovan, maybe E. E. Cummings, but I had no radio or record player when on that journey. Books were too heavy for the horse and anyway I was never much of a reader. It was mostly just me and my partner Robert, finding our way and making it up as we went along.

I’ve watched a short clip from a film where you described your caravan and your journey around the country and was hoping to ask about this! Did this journey have a direct link to any of your songs? In Timothy Grub, you sing about a caravan and horse- was this a coincidence/ written before you started the journey? Whereabouts did you travel and was there any particular reason you decided to go on this adventure?

It’s a very long story! And I’m writing a book about it just now. I left London after feeling I had failed to bring my quiet songs into the mainstream, and headed (with a horse and wagon, boyfriend and dog) for a place on the Isle of Skye where the singer Donovan was hoping to make a kind of community of like-minded people; a West Coast renaissance he said. It took two summers and a winter to get there, only to find Donovan gone. Timothy Grub was written at the start of the journey, as the tale of how we came across the horse and the wagon, so no, not a coincidence at all. I went from London to Skye and then the Outer Hebrides to begin with, and then later, with horses again, from Dublin to the west coast of Ireland. I have lived back in Scotland now for fifty years or so, out in the hills for some of them, and now in the city – with no horses.

With Heartleap being your last album, do you plan on performing live again after the pandemic? If so, where are you most looking forward to playing?

I really hope to play live again. There are possibilities but of course we can’t confirm anything at the moment. Many shows were cancelled last year. We may be able to play them again when lockdowns are lifted. I’m hoping, along with many others, that the Brexit restrictions that there are now for musicians wanting to play in Europe will be lifted so that I can go back to some of the beautiful places I have played in the past, all over Europe.