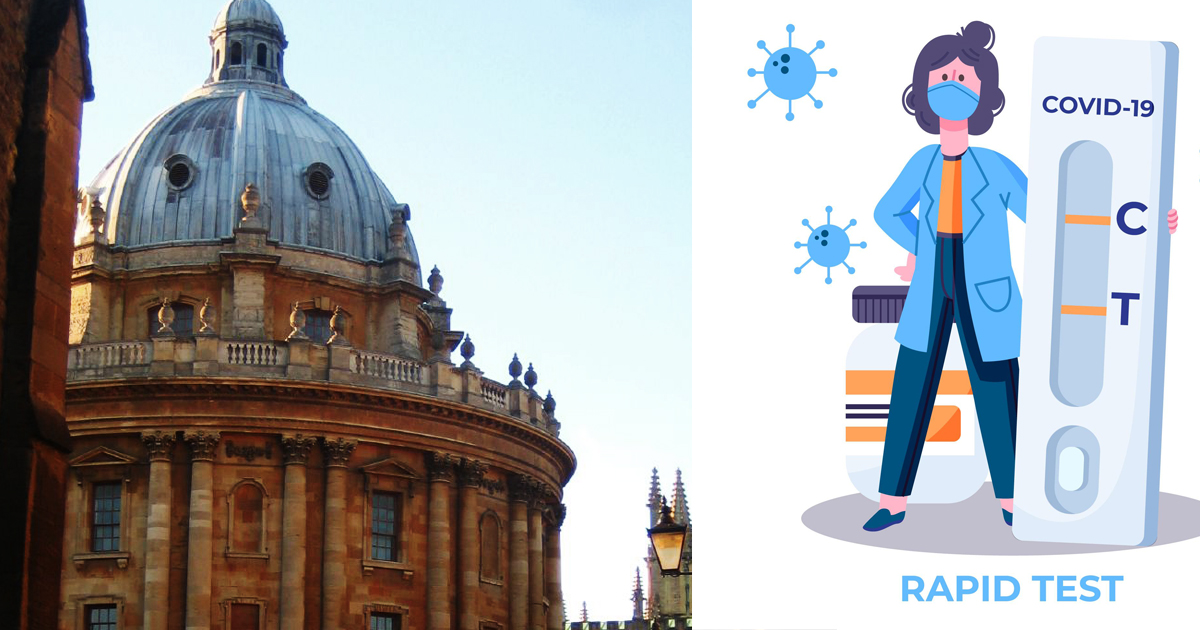 The University’s Early Alert Service has recorded 0 positive cases for the week 10th – 16th April, from a total of 51 tests taken.

This week’s results is a drop from last week, which saw a total of 5 positive cases among students. The total positive rate since testing began in August 2020 is now 17.9%.

Last Monday saw the greatest easing of lockdown restrictions so far, with pubs, restaurants, and cafes opening for outdoor service and retail shops reopening for the first time since January. Prior to that, from the 28th March outdoor gathering in larger numbers was permitted, and many took advantage of a brief heatwave to gather in Oxford’s outdoor spaces.

For Trinity term, the University is encouraging students to make use of a twice-weekly symptomless testing service where students can book a Lateral Flow test (LFDs) at one of two testings sites: at St Luke’s Chapel (Radcliffe Observatory Quarter) or University Club (Mansfield Rd). Another centre is due to open at the Richard Doll Building on the Old Road Campus soon.

The University has said that, although testing is voluntary,  they strongly encourage people to participate in the programme if they are required to be on-site, whether for work or study.  This includes staff and students who have been vaccinated or have had COVID-19 more than 90 days ago. Anyone with symptoms should instead book a PCR test.

They also wrote that LFD tests detect the most infectious cases in the community, those in whom the viral load is large enough to trigger a positive result and that it is very unusual to have a false positive.

“Comparison studies have shown that 99.5% of positive LFD tests are confirmed by a PCR test to be true infections.”

Students are also expected to take two LFD tests upon their return to Oxford, with some colleges also asking students who stayed over the vacation to take the two tests. These are collectable in most cases from Porter’s lodges.

The next easing of restrictions for the UK is due no earlier than the 17th May, coinciding with the date the Government has given for the return of all students to their university if have not already returned with a permitted reason.