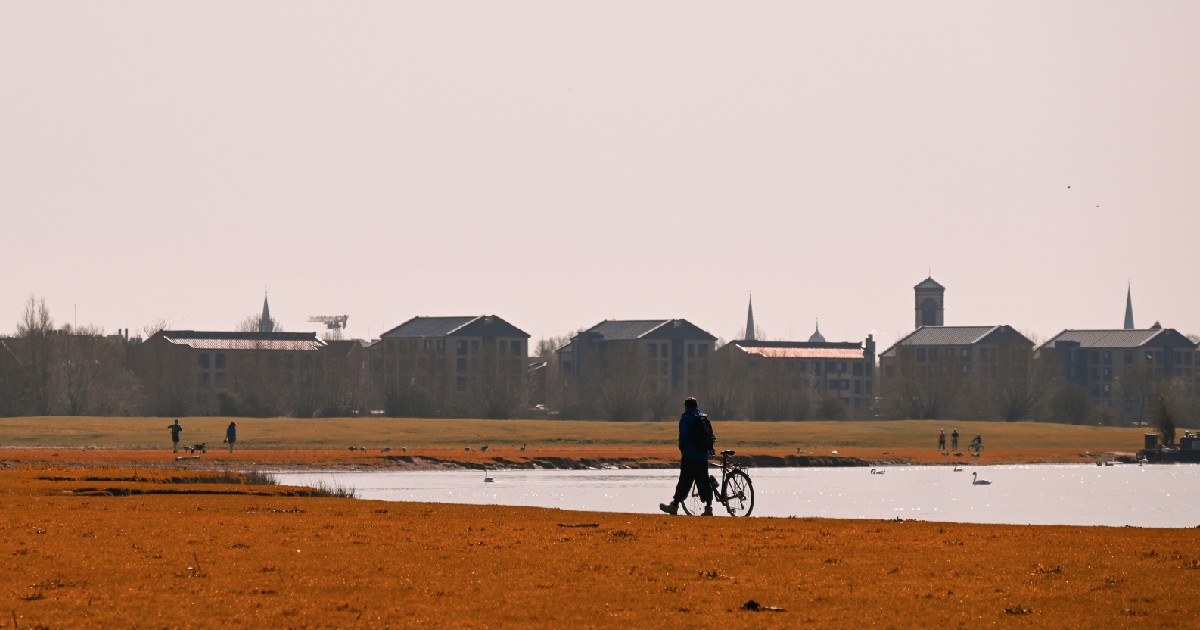 Image Description: a picture of a silhouetted man wheeling a bike across Port Meadow on a hot day

The Oxford Campaign for Climate Justice has launched a petition, and demanded that the University cut ties with the fossil fuel industry. A report, published by the campaign group today claims that the University of Oxford has received over £8.2 million in research grants and £3.7 million in donations in the years 2015-2020.

The report details a number of donations and research grants given to several departments by a range of different companies in the fossil fuel industry, including BP and Shell. It claims that this year the University accepted an £100 million donation from Ines, a UK-based member of the industry. It highlights that the acceptance of these donations promotes the reputation of the industry, and allows ‘greenwashing’ of the companies’ activities.

In 2018, for example, the Computer Science department received £27,150 to fund a project into “AI and Cognitive Computing […] with Application to the Oil and Gas Industry”. A number of BP Scholarships are available to undergraduate students, including those studying STEM subjects, alongside Economics and Management.

The report also highlighted that refusing donations from a sector is not without precedent at Oxford. Currently the University refuses donations from the tobacco industry. It also points out that other universities, including Cambridge, issue detailed reports on their donations and funding for projects.

The campaign has made a number of demands of the University, including that they will not take any further donations from the fossil fuel industry, and that they will promote more colleges divesting. They also request that, following multiple successful SU motions, the Careers Service stop sharing jobs in this industry with students.

Long term demands include eliminating ties with the industry, including what the report describes as “the revolving door”, and prohibiting those holding influential positions at the University simultaneously holding positions within the industry. The group also want the names of companies within the industry removed from buildings, institutes, and positions.

The foreword to the report is written by Benny Wanda, the exiled Chair of the United Liberation Movement for West Papua. He emphasizes the impact of the industry’s actions on his homeland, which he describes as “a lung of the world”.

“Institutions like the University of Oxford, revered around the globe as a beacon of reason and justice, cannot continue to perpetuate and gain from the pillaging of our land. We hope those who aid BP and other fossil fuel companies listen to us before it is too late.”

The Oxford Climate Justice Campaign is a student-led group. Previous examples of their activism include a five-day occupation of the Front Quad of St John’s College in early 2020, and the divestment resolution passed in April 2020, committing the University to partially divest.

The University responded this morning with a statement, stating that the University safeguards the independence of its teaching and research programmes, regardless of the nature of their funding. None of the donated funding has been used to fund exploration or extraction, but has instead supported scholarships, professorships and capital costs.

“The University of Oxford safeguards the independence of its teaching and research programmes, regardless of the nature of their funding. Those donating money or sponsoring programmes at the University have no influence over how academics carry out their research or what conclusions they reach. Researchers publish the results of their work whether the results are seen to be critical or favourable by industry or governments.”

“Partnerships with industry allow the University to apply its knowledge to real challenges of pressing global concern, with funding often going directly into research into climate-related issues and renewables.”