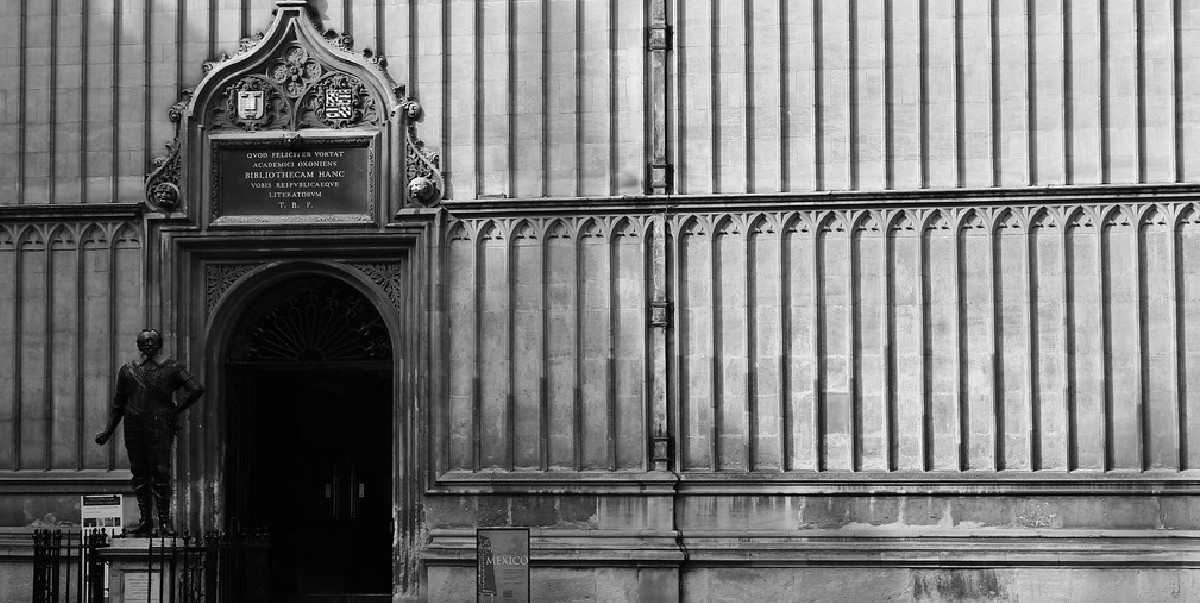 Image Description: An image in black and white of statue inside of the Bodelian libraries.

The Bodleian libraries have updated their policy to warn repeat no-shows to library booking that they will be blocked on the booking site, Space Finder. This change in policy comes as more students are returning to university accommodation than in Hilary, without a substantial increase in library seats due to COVID-19 restrictions.

The policy change, which is the first thing that can be read on the space finder website, is described as follows “To enable access for all readers, you are required to cancel your booking if you are unable to attend; regular failure to do so may result in you being temporarily suspended from Space Finder”. The booking system was introduced as a method of allowing more students back into the libraries, after all but two closed in January.

The Library website says the system will work such that “Any readers who have missed four bookings in one week, or six bookings in a fortnight, will be suspended”. This will result in being unable to enter the booking site. “Suspended readers will still be able to make use of Click and Collect but will be unable to Browse and Borrow.”

It does qualify this by saying that “This change will not affect those readers who cancel their booking in advance or are unable to cancel at short notice, for example due to illness.” If any reader believes that they qualify in those categories or they were in anyway unfairly suspended, they are told to contact the admin office.

This change is hoped to prevent the practice of students panic booking library places that they most likely won’t be able to attend. For the most part, library places (especially in the main libraries like the old Bodleian and Radcliffe camera) have been booked within the hour, if not the first ten minutes of being released at 10am every morning. This has led to a cycle of increased demand when the library places are released, as students know in order to get any place they need to rush.

This has led to one student describing the situation as “like I was trying to get tickets to a Justin Bieber concert”. She went on to say that “Last term, I had to set an alarm for 9:58am every day just to attempt to get a space and even then I wouldn’t be guaranteed a place in my library of choice”.

If students cancel library bookings that they can’t attend, more places will be available to those who need them, but who are unable to rush at 10am every morning. Furthermore, the temporary suspension of repeat offenders will prevent the practice of block booking seats. The libraries currently have limited space due to restrictions required under current COVID-19 protocols, but the changes are hoped to encourage students not to book spaces they do not intend to use.

A Bodleian spokesperson sought to reassure students that this move had been made in order to make as much space available in the libraries.

“During week 8 of Hillary term, no fewer than 1,214 readers (61%) missed a reading room booking without cancelling in advance.  761 of those readers (37%) failed to attend more than twice. 22 readers failed to attend 10 or more times in that week alone. This proportion of non-attendance was typical through last term, and prevented other readers from securing a study space.”

“Given the importance of having a place to study, especially during exam time, we feel that other steps (such as reopening all reading rooms across the Bodleian system, and asking readers to cancel in advance and book with their fellow readers in mind) have not released enough capacity in our system to cope with the high-levels of demand in the libraries.  We will therefore be introducing a suspension process for those who routinely miss their booked reading room slot and do not cancel. Readers will be suspended from future bookings if they miss four bookings in a week or six in a fortnight.”

“We are acutely aware that this may cause some alarm but want to emphasise that we are doing so only to ensure that every student or researcher who wants to study in the library will be able to get a slot. You can find more information at https://www.bodleian.ox.ac.uk/libraries/book-a-library-time-slot.”