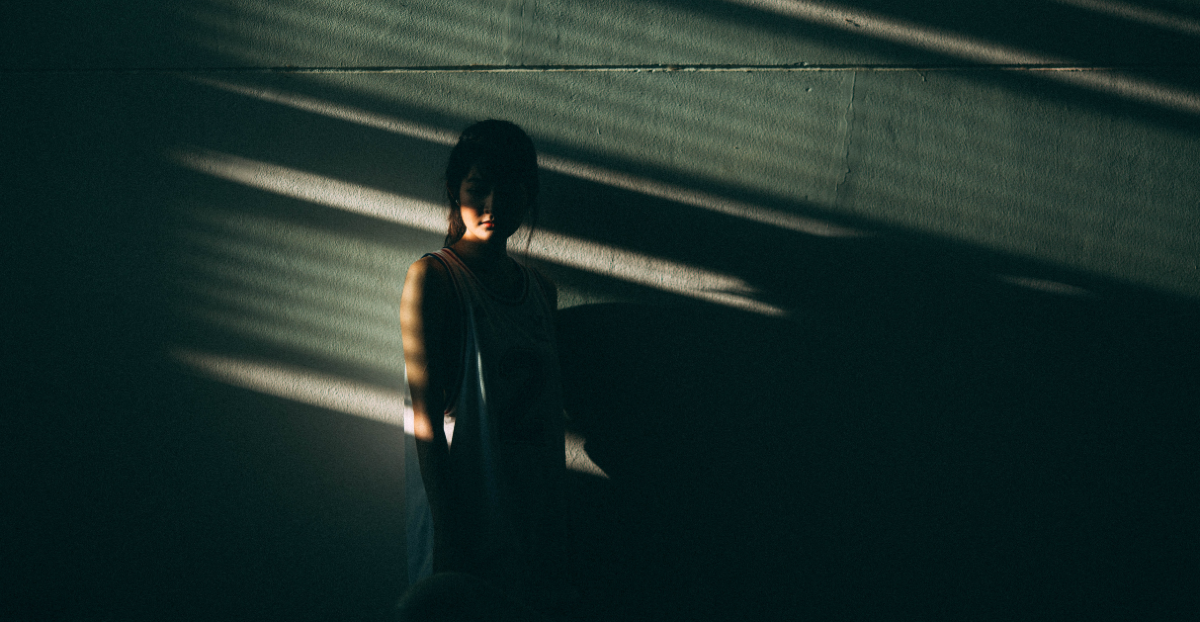 Image Desccription: A dark room with outside light creeping in through the shutters onto a a woman, covered by the darkness.

When truths about your very existence within borders you had no say in drawing around you are denied, you ultimately lose your trust in the institutions that pride themselves on upholding these very same borders. A symphony of denial continues to crescendo around people of colour in the UK, drowning out our collective fury at the sardonic harmony with which our heartache is dismissed. It is unequivocal that racism pervades British society.  We are only a mere third of the way through 2021, a year we all hoped would be different after the relentlessness of 2020. In this short time, the continued bashing of Meghan Markle, the publication of the Sewell Report and the death of the Duke of Edinburgh have confirmed my darkest suspicions. This country and its media has no immediate concern with making space for the (at least) 8 million black and brown people who live across these red, white and blue isles.

We begin this story of malaise with the ongoing belittling of Meghan Markle’s experience as the first prominent Royal of colour. For me, it’s not enough that Piers Morgan has resigned his position from one of the biggest talk shows on British television, with little effect on his broadcasting career. For me, it’s not good enough that he can call her the “Pinocchio Princess” online after she tells the world one of the most fiercely protected, exalted and powerful institutions failed to help her with mental health. For me, it’s not enough that her experience is dissected and debated in our media constantly. In a year in which we have seen more, but not enough, public health announcements about the importance of mental health, this comment was not only distasteful, but damaging.

When the Oprah interview first aired, one of the most shocking revelations was that there had been conversations with Meghan and Harry about the skin colour of the yet-to-be-born Prince Archie. Not only do we see our Royal Family actively seeking to uphold the whiteness of the crown, but also a blatant disregard from white family members towards new black family members. On two different levels then, this fear of a higher melanin content is evil. It is clear from such incidents that race is complex. But it does not have to be, and nor should it  not be. Conjuring up problems from thin air is the racist’s forte, and it is never the sole work of the oppressed to drag the mirror from the smoke.

This country and its media has no immediate concern with making space for the (at least) 8 million black and brown people who live across these red, white and blue isles.

March then saw the Sewell Report undo years of work that tried to convince the unbelievers that there is a problem with racism in the UK. A report skewed from the outset boldly claims there is no institutional racism in this country, just a few unrelated overt acts of discrimination. Hooray! The weeks following the report’s publication saw frantic scrambling by those campaigning for change to prove it  wrong. Revelations about the report have shown it to be the panicked and shoddy work of institutions terrified of change, and it has since disappeared into the shadows. As happy as I and others may be that the United Nations has discredited it, describing it to “rationalise” and “normalise” white supremacy structures, its very existence made my heart sink. After a year that saw people risk their health and lives to protest the insidious racism that taints our world as forever chemicals do water, it’s a kick in the teeth, a slap in the face, a punch in the gut. None of these metaphors can really evoke in white readers the visceral sting that comes when people of colour see state manufactured lies trivialise our very existence.

The recent death of Prince Phillip, Duke of Edinburgh and husband to our monarch for seven decades, brought us back to a tale we’ve all seen and heard before. In the Great British Soap Opera that is our Royal Family, the analysis of the Duke’s life in the media painted racism as a loveable quality in the nation’s grandfather. The Metro saw fit to advertise its article ‘The best of Prince Phillip’s gaffes, quotes and quips’ on Facebook by using his 1986 ‘wisecrack’ as the caption: “If you stay here much longer, you’ll all be slitty-eyed.” The title of the article has since been edited to be ‘The best and the worst’. I’ll let you read the flimsy explanations of his saying this in the first place yourself as I do not wish to give his supposed humor any kind of justification, but for one of the leading tabloids to publish this shows a continued disregard for this nation’s people of colour. Coverage of Prince Philip’s death overwhelmed our screens, resulting in the BBC receiving over 110,000 complaints about the amount of programming dedicated to him. The coverage was immediately reduced, but not before Andrew Marr uttered  that well known British saying “like an Indian bride” live on air. Haven’t heard of it before? You’re not alone.

Let’s delve a little deeper into Marr’s comment. While discussing the late Duke’s resolve to be a supportive pillar to his wife in her role as monarch, political correspondent Marr tells the newsreader that: “He was always two steps behind, you know, like an Indian bride, as they say.” The question begs, who are they? Whether the reference to an “Indian bride” was about Hindu wedding traditions where the bride briefly walks behind her male family members, or just an easy breezy offensive comment that cuts at the intersection of racism and misogyny while propagating the stereotype of obedient Asian wives, we will never know. This is because it is a phrase I’m willing to bet no one had heard before Marr spat it out on air, and simultaneously in the faces of Asian women up and down the country. Oh, and what about the newsreader on air with Marr, you may ask? It was Reeta Chakrabarti, a South Asian woman who has been at the BBC for 27 years, and regularly presents the News at Six. God knows if I had been her in that moment, I would have walked off set. And yet despite widespread criticism, complaints and general anger at Marr, there seems to be no sign of disciplinary action.

None of these metaphors can really evoke in white readers the visceral sting that comes when people of colour see state manufactured lies trivialise our very existence.

I’ve barely scratched the surface of the British media’s role in supporting the racist structures propping up good old Blighty. Despite it being so early in 2021, this country where I was born and raised has told me multiple times that it wishes I weren’t here. Despite the Sewell Report declaring that Britain “should be regarded as a model for other White-majority countries,” this exhausted woman of colour disagrees. Sometimes, I dream about escaping to somewhere where my identity isn’t the butt of every joke and doesn’t seal my fate before I can even get a word out. But, realistically, where can I go? This country is my home, whether or not the stiff upper lip that loves telling me I should go back to where I came from can accept it.