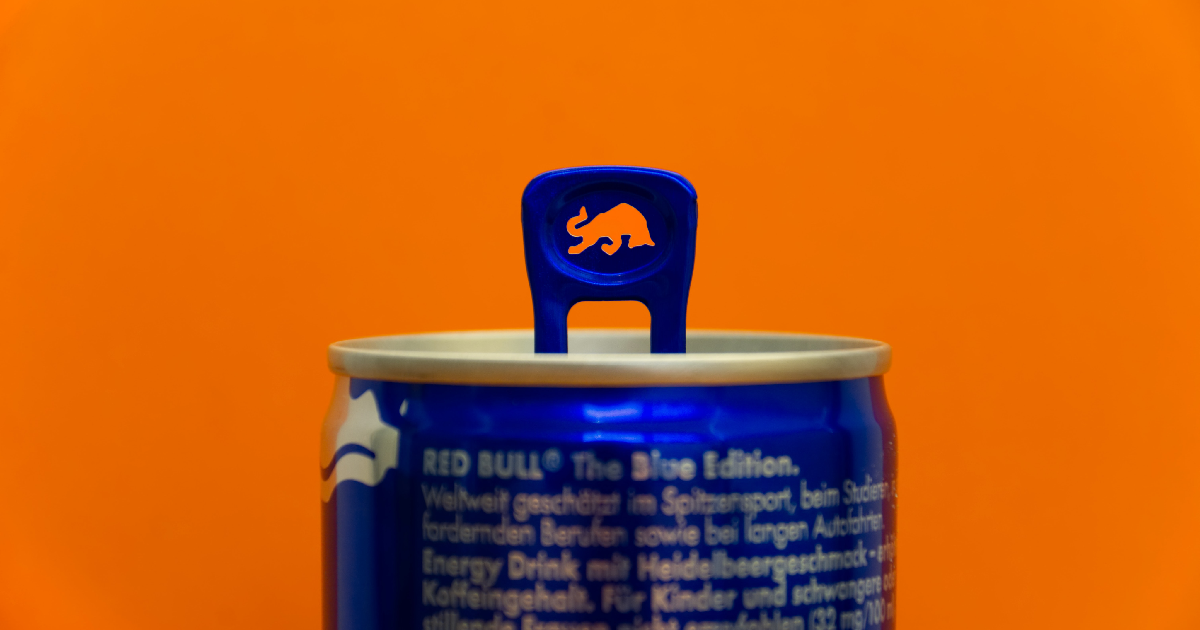 Energy Drinks; a new health problem for a new generation?

Image Description: An open Redbull can, displaying the blue bull logo on an orange background

In the light of energy drink consumption being linked to heart failure in a 21-year-old student, is this the new health problem for a new generation?

Instead of kids from the age of eleven going behind the bike shed and smoking cigarettes, they will often have energy drinks before school, at lunch, and on their way home. Whilst the negative health impacts of energy drinks have been known for quite some time, there has been few meaningful campaigns and little information distributed warning of the risks of high consumption.

Many of the main health concerns that are associated with energy drink consumption are owed to the drink’s high caffeine and sugar content. Consuming large amounts of caffeine can cause heart rhythm disturbances and can dangerously increase heart rate and blood pressure. These levels of caffeine intake are not just negative for physical health: anxiety can be initiated and exacerbated through the consumption of too much caffeine, and it can be a root cause of sleep problems. Even in regards to general nutrition, energy drink consumption prevents an individual from having a balanced intake. According to the NHS website, a single 16-oz energy drink container can contain between 54 to 62 grams of added sugar; with adults being advised to consume no more than 30g of sugars a day, if teenagers are exceeding this advised amount by 2-3 times this will inevitably lead to health complications in later life.

When implementing this sort of legislation we also have to be aware of how restricting the ability to purchase can result in the ‘energy drink’ being a sought after commodity among teenagers; do we really want to be ambushed by thirteen-year-olds outside Esso to buy them a four-pack of Monster?

Due to this vast array of potential health issues, many schools have sought to take action through the ban of ‘carbonated drinks’ on school site, but this does little to deter teenagers from consuming the drinks as soon as they leave the school gates.

So, what are the best ways we can try and reduce the amount of energy drink consumption in the younger population? The intuitive first solution is to restrict access to these high-sugar, high-caffeine drinks. In 2019, the government took the first step to doing this in banning the purchase of energy drinks by anyone under the age of 16. But, this legislation will clearly have limited impact: even with similar purchase laws being in place for alcohol to under 18s, secondary school and sixth form students rarely struggle to get their hands on alcoholic drinks. When implementing this sort of legislation we also have to be aware of how restricting the ability to purchase can result in the ‘energy drink’ being a sought after commodity among teenagers; do we really want to be ambushed by thirteen-year-olds outside Esso to buy them a four-pack of Monster?

Another possible step that could be taken to reduce the amount of energy drink consumption would be to increase the tax on these drinks in order to make them more expensive to the consumer, and hence less accessible to the school student. Currently in certain stores energy drinks can be as cheap as 30p, so there is little in the way of financial inertia to lessen the amount teenagers are buying this drink. Even if this higher tax meant pupils buying one of these drinks a day instead of three, this would still have profound health impacts and reduce the chance of young people getting addicted. Another way we could tackle the issue at the level of purchasing is to introduce new restrictions on the packaging of these drinks.

Education on these energy drinks is critical.

Everybody, regardless of whether they drink them or not, is familiar with the bright colours and kitsch design of energy drink packaging. In the light of this news and everything we know to be harmful about energy drinks, is it time to introduce legislation that prevents such targeted advertising to a younger audience? A similar approach was taken in 2016 when the UK banned tobacco companies from using attractive packaging to sell cigarettes or tobacco products. With this legislation, the packaging now also has to display warnings of the health impacts of smoking, citing the known carcinogens contained in the product, and actively encouraging smokers to quit. This proposed change in packaging, alongside tighter restrictions and higher taxation, would all act to prevent the ‘young student’ from having access to these products. However, I believe the most proactive approach to this issue would be to tackle it at the level of the individual and the group: in essence, through education.

Education on these energy drinks is critical. The younger generation needs to be actively informed on the health risks that are associated with their consumption so that they can best understand what is in the drinks and how it may affect their health.

Whilst we cannot stress enough the importance of education as a fundamental tool to reduce consumption of harmful products, this should be considered as part of a long-term program to address the issue on the level of social trends. However, the time scale of such a campaign must be taken seriously: the issue is current, ongoing and the imminence of its exponential growth poses a threat to the health of a whole generation. Hence, immediate, short term solutions must also be advocated and enforced, to reduce the impact of an already blossoming problem.