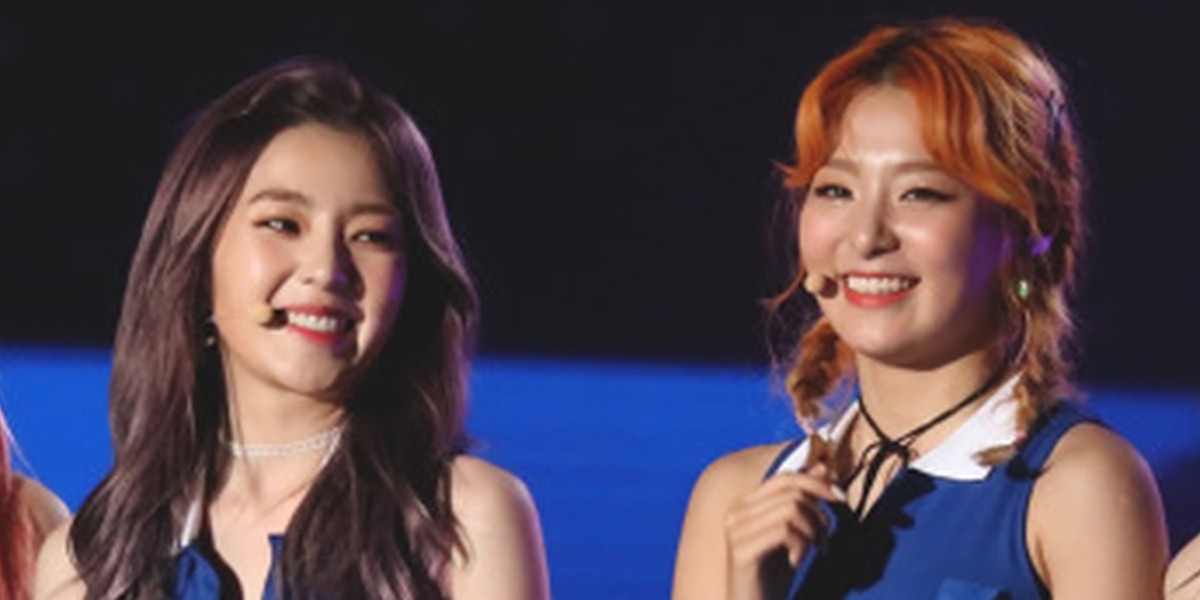 Safe space or marketing method? K-Pop and the LGBTQ+ community

Image Description: Irene and Seulgi from K-Pop girl group Red Velvet at a concert in 2016

Catchy songs, impressive choreography, well-produced music videos, creative concepts – if you have not at least heard of K-Pop by now, you must be truly living under a rock. South Korean “K-Pop idols”, or celebrities, have increasingly entered the Western music scene over the past couple of years, many of them achieving high rankings on the charts with songs written almost entirely in Korean.

As always when such trends emerge, they bring with them a large and diverse fanbase. In particular, many queer people feel drawn to the K-Pop genre, which is no surprise considering the androgynous way in which many idols are styled, large Twitter communities that make queer people feel welcomed, and the amount of support that idols have expressed in recent years. However, the K-Pop industry arguably remains a capitalist engine aiming to make money through fans, which is why problematic marketing techniques such as queerbaiting have surfaced.

Queerbaiting is, of course, not unique to K-Pop. Popular Western TV shows such as Sherlock hint at LGBTQ+ relationships to attract and profit off queer people and allies, yet do so without depicting and representing them fully as not to lose the support of homophobic audiences.

In K-Pop, queerbaiting can mainly be found in the form of homoerotic ‘fanservice’; this is not to be confused with non-promotional ‘skinship’, which is affection shown through the exchange of physical touch, sometimes among people of the same gender. While this may be construed as displays of romantic affection by some Western audiences, it is regarded as something completely normal in platonic relationships in South Korea.

However, the K-Pop industry arguably remains a capitalist engine aiming to make money through fans, which is why problematic marketing techniques such as queerbaiting have surfaced.

Although it is hard to tell the difference between skinship and fan service initiated by companies in many cases, there are still instances of queerbaiting in K-Pop media which specifically stand out as such. In reality shows, where K-Pop idols sometimes engage in challenges to promote their music, there have been a couple of problematic games, such as a ‘paper kissing game’, in which a piece of paper is passed from mouth to mouth and sometimes results in unintentional kisses between players. Seemingly harmless challenges like these are used to get LGBTQ+ fans invested in certain K-Pop groups.

In addition, questionable music videos such as Red Velvet’s ‘Monster’ arguably offer a problematic representation of lesbianism. At the centre of attention are the two female idols Seulgi and Irene, who are repeatedly shown in a tight embrace, and seem to almost kiss each other – but then don’t. Even the album cover features the two women in an intimate position, suggesting LGBTQ+ content where there actually is none.

It is important to note that, in most cases, K-Pop idols themselves do not get a huge say in their ‘concepts’ – a combination of many aspects that make up their image, such as the genre of their songs, their styling, choreographies, storylines in music videos, and general aesthetic – or the kinds of games they participate in. Most of these decisions depend on how the record label they work for wants to promote them, making these companies the most problematic source of queerbaiting.

This kind of half-hearted representation and exploitation can leave us queer people feeling quite frustrated as we are not a marketing tool.

In addition, LGBTQ+ people remain marginalised and are not completely accepted in South Korean society even today. Sadly, there are still no laws to protect queer people from discrimination, and gay marriage has not yet been legalised.

Just like Western celebrities, idols take up quite an important role in Korean society and their platform enables them to influence their fans’ views on the LGBTQ+ community. However, many companies completely control what their idols are and aren’t allowed to do – publicly as well as personally – with many stars being on dating bans or under similar restrictions. This is why a lot of artists cannot speak up openly and only resort to subtle support, if at all.

Generally, I do see a positive trend of queerbaiting becoming less and less prevalent, while open support from K-Pop idols seems to be more and more frequent, making a large number of queer people feel very welcomed and represented. Knowing that it is not easy for our favourite artists to stand up for us turns every additional comment, however small it may be, into a success for our community.

Various artists have been spotted wearing clothes that draw attention to LGBTQ+ causes and waving our flag during concerts. Meanwhile, idol Sunmi has called herself the “LGBT queen” and expressed her support on Twitter.

There are some popular music videos, such Monsta X’s ‘All In’, that subtly feature a proper LGBTQ+ storyline and not just sensual touching in dance moves, giving us normalisation, rather than sexualisation or fetishisation. The girl group Dreamcatcher only produces gender-neutral songs, and one of their members, Yoohyeon, has previously covered the ‘Secret Love Song’ which highlights the struggles of forbidden queer relationships. RM, leader of the Grammy-nominated hit boyband BTS, has held a speech at the United Nations in 2018, validating the importance of gender identity: “No matter who you are, where you’re from, your skin colour, your gender identity, just speak yourself.” In addition, numerous idols have previously given encouraging messages to their LGBTQ+ fans. ATEEZ’s Hongjoong claims to get a particular inspiration and energy from his queer fans; Stray Kids’ Bang Chan has told a lesbian couple that they make him proud; the list goes on and on.

Generally, I do see a positive trend of queerbaiting becoming less and less prevalent, while open support from K-Pop idols seems to be more and more frequent

Finally, I’d like to point you towards my favourite queer artist, known under his stage name HOLLAND, who happens to be the first and only openly gay K-Pop idol. Coming out during his teens in South Korea, he was bullied in high school for being gay, which he retrospectively has described as having been extremely harmful for his mental health. He has mentioned that he later became what his younger self would have needed: a queer Korean artist representing queer Korean youth.

While his music often deals with self-love and self-acceptance, many of his music videos aim to normalise gay relationships. Because he wanted to write songs about being a gay man, this caused all the established labels to refuse to work with him, and he had to resort to crowdfunding. Sadly, his first single ‘Neverland’ (2018), which features him kissing another man, was marked as 19+ content and banned from being promoted on music shows.

Today, HOLLAND is a support system for LGBTQ+ fans all over the world. I was lucky to briefly meet him after a concert in 2019. When I told him how much his music and his cause meant to queer people struggling with mental health issues, he thanked me and replied that he was very proud of all of us. This is exactly the kind of support that we young queer people need in our lives. Although the K-Pop industry still has a long way to go in terms of queerbaiting and general acceptance, I hope that more and more artists will have the opportunity to openly support, and even personally represent, the LGBTQ+ community from now on.