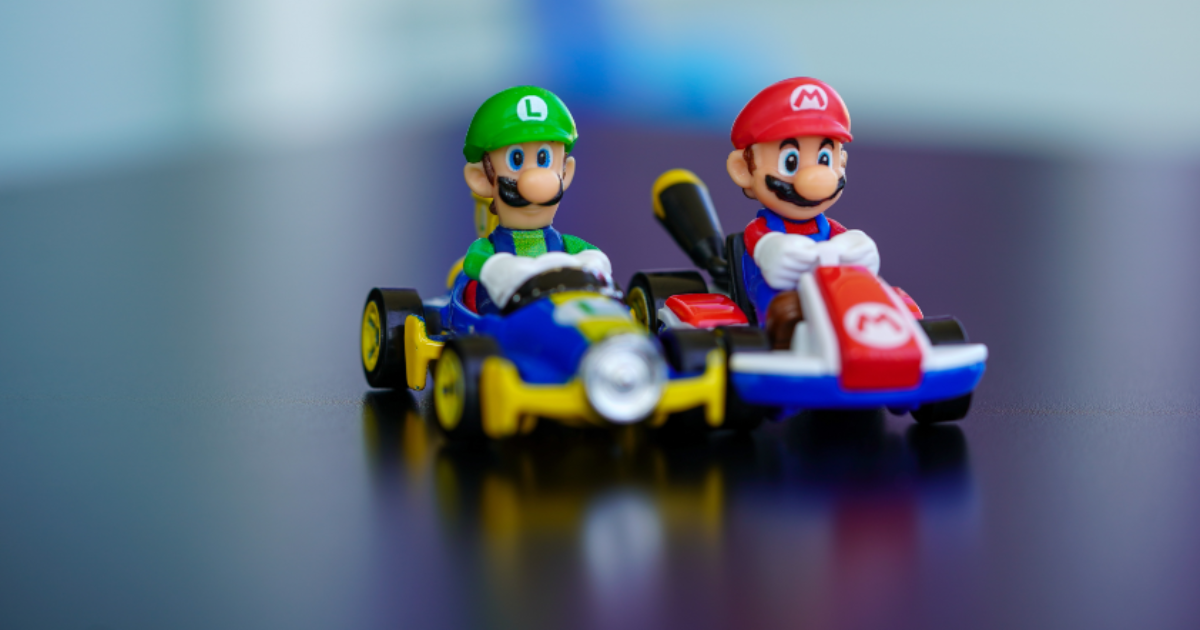 What does your favourite Mario Kart circuit say about you?

Mario Kart Wii is almost everyone’s (not so) guilty pleasure. Yes, it has caused many an intense argument between siblings over who gets to play as who and many a toddler tantrum over being hit by that dreaded spiked blue shell. You cannot argue that it was not one of the greatest games to come out of the Nintendo Wii. I was beyond psyched that I still had what it takes to beat my brother at Rainbow Road when we cracked out the Wii over lockdown.

Now, there is many a BuzzFeed article on the sort of person you are based on your choice of Mario Kart character, although – unpopular opinion perhaps – the thought of playing as anyone but Yoshi is terrifying. What your choice of course says about you, however, that could be interesting…

(Disclaimer- I don’t want to be discriminatory, not everyone had the time, talent or tenacity to grind for the gold medals needed to unlock Lightning Cup; so for the purpose of this article I will stick to the classics, the big four)

You are a nostalgic person; you’re all for the classics. You probably still own a Nintendo 64 because it feels retro. You like to keep things simple as you are still mastering the basics (you probably still play on automatic drift, but that’s okay- we don’t judge). You probably get anxiety playing something like Rainbow Road or Wario’s Gold Mine because you keep falling in. Either this or you were forced to play Mario Kart because everyone in your family was playing it…you gave up after the first circuit, you just couldn’t get the hype.

Oh, and you thought Luigi deserved more screen time in the Mario Games (a justified opinion to have).

I admire you, anyone who can get through this circuit without cursing the cows and corny music is an incredibly resilient person. Yes, you are slightly over-reliant on the red mushrooms to pick up speed (and leave those pesky moles in the dust).

You are a lively, slightly turbo-charged, sort of person. Yes, the music is incredibly catchy, but you play this circuit so you can flip flop all over the place. You like to play a little dirty, you have unashamedly knocked your little sibling into the chasm many a time, you tell them it’s tough love. Your character of choice is almost certainly toad, and you like the little kart which is shaped like a pram.

You’re a quick thinker who is adept at multi-tasking, how else can you keep up with the escalators that change direction and avoid getting stuck in the sludgy mud? You win everything, people hate how good you are.

Of course you are the eldest child, you play as Mario because it’s called ‘Mario Kart’, duh! You like to think you are very different from the Luigi Circuit people, but in reality…how different really are you? After all, Mario and Luigi wear the same uniform.

Let’s be real, you love this because you know the super-secret super speedy shortcut on the first floor and so you always always win – and if don’t win, well then everyone in your close proximity should watch out.

You probably said ‘weeeee’ in the boom tunnel… although, who didn’t?

Adrenaline Junkie. You eat danger for breakfast. People definitely hate how good you are. You are sick of this course being compared to Rainbow Road. Rainbow Road is way too basic for you. You definitely grinded to unlock Dry Bowser, and you are not ashamed to say so.

You’re more about the aesthetic than the game itself. You definitely choose which cup to play based on which courses are the prettiest. You also like to match your character to your kart – Bowser has to drive the Bowser Bike – it’s just basic grammar. Although you wouldn’t be seen dead playing as Bowser, ughh!

Either you believe Koopa Troopa is underappreciated and felt guilty squashing his head or you just really really like the pipe section. You have almost certainly told your parents once that this circuit is really cool because when you go underground in the pipes ‘it actually sounds like you are underground!’

You’re caterpillar crazy. I bet you are very passionate about the Colin/Cuthbert debate. You probably play with that kart which looks like a caterpillar because it’s cute.

You are an absolute shortcut aficionado. You so so were mad when they updated the game, and you couldn’t hop on your little rock. Your siblings probably questioned why on earth you keep hoarding your red mushrooms…under no circumstances will you tell them your secrets.

The less said about this course the better, it’s a hot, hot mess. The bats, the wiggly spikey worms, the quicksand…there is nothing enjoyable. You probably like it because you’ve always wanted to go to Egypt, or were obsessed with mummies as a baby – you certainly don’t like it for the racing.

If you were flattened by a car, you blamed the game. Or you drove underneath the car on purpose because being flat as a pancake looked funny.

Respect to you, this circuit is awesome. Honestly not a bad word to say about this track or the people who love it.

You’re hardcore, much more hardcore than the Rainbow Road people – despite what they might lead you to believe. I mean your favourite track has like fifty fireballs!

Now this beautiful beast of a circuit attracts 2 types of people. You are either absolutely 100% the forever king of the Mario Kart Arena (people really hate playing with you, but they also rely heavily on you to unlock their favourite characters) or you are absolutely useless; you can’t drive the track well at all but hey ho…it’s in SPACE.

There really is no in-between.