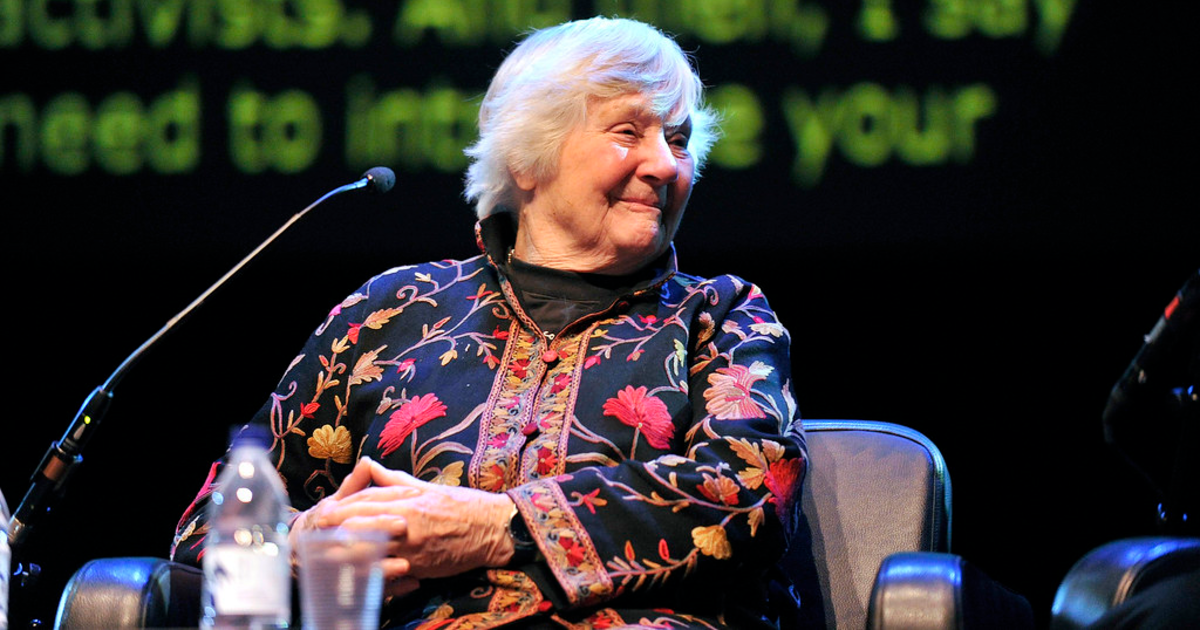 A towering figure of passion: an obituary to Shirley Williams

Image Description: Shirley Williams sat on a chair in a black dress with flowers, with a glass of water and mic in front of her.

Regardless of one’s own political allegiances, we can all lament the hole in the tapestry of British politics which was left by the passing of Williams. A towering figure of passion and intellect of the centre-left, she leaves a unique legacy as a pioneer who attempted to create a fairer, egalitarian and modern Britain.

Whilst reading PPE at Somerville College, she became the first female chair of the university’s Labour Club in 1950. She then went to Columbia University in New York as a Fulbright Scholar, before working for the Daily Mail, the Financial Times and served as General Secretary of the Fabian Society. It was during this period where Williams would immerse herself in the reality of hardship and poverty in post-war Britain. In 1964 she was finally elected, having unsuccessfully tried two times previously, as a Member of Parliament for the seat of Hitchin. Yet for most of us, her legacy would be cemented by her role as one of the ‘Gang of Four’, a 1981 breakaway group from the increasingly leftward Labour Party at the time. The resulting Social Democratic Party would, in turn, merge with the Liberals to become the Liberal Democrats by the end of the 1980s.

The previous decade, she had served as Education Secretary, the standard role designated to the female (note the singular) Cabinet member in governments of old – one of her predecessors had been Margaret Thatcher – and set about abolishing the selective grammar school system in favour of the comprehensive model. It did not go unnoticed by her critics that Williams had attended one of the top private schools in the country, St Paul’s, and sent her own daughter to a selective school, however.

Perhaps in another universe she would have become prime minister, but after initially losing her seat at the 1979 election, then re-entering Parliament in a 1981 by-election for the seat of Crosby in Merseyside, she finally left the chamber for the last time with the 1983 Conservative landslide when, despite its buoyant polling record for a new party, only gained a measly 6 parliamentary seats. The polarised and febrile political climate of the 1980s, coupled with the enduring First Past the Post electoral system, would hardly prove to be hospitable to her ‘moderate’ yet radical positioning. Besides, at times it appeared that her own self doubt would be her greatest enemy.

After helping to engineer the merger of SDP with the old Liberal Party in 1988, Williams left for the world of academia on the other side of the Atlantic, taking up a professorship at Harvard University’s Kennedy School of Government. She also worked for Harvard’s Project Liberty, which aimed to support emerging democracies in Eastern and Central Europe. Yet she couldn’t be parted with the world of British politics for too long; in 1993 she was made a life peer in the House of Lords, where she was Leader of the Liberal Democrats from 2001 to 2004.

To simply reduce her to an important woman at a time when politics was firmly a man’s world would be a disservice to a politician as nuanced and measured as Williams, however. It takes a rare talent to be principled but not dogmatic, firm but not arrogant, and Williams was able to shine above her contemporaries.

At a time when politicians across the spectrum appear so frankly disingenuous or weak-willed, one cannot help but find her brand of ‘conviction politician’ a refreshing tonic. To be considered one of the country’s most beloved politicians at the time of passing is a rare feat indeed. Arguably her lack of killer Machiavellian instinct ensured that she wouldn’t have the success of her contemporaries, at least in a conventional manner of electoral seat numbers and a glittering career in cabinet.

Yet in a landscape of reductive binaries such as Brexiteers and Remoaners or the ‘metropolitan elite’ against the ‘left behind’ (although it ought to be stated that Williams herself, as one might expect, was a dedicated Europeanist), a politician who paused to allow for thought and discussion without caring to stick to a party line is needed now as much as it was in the 1980s.