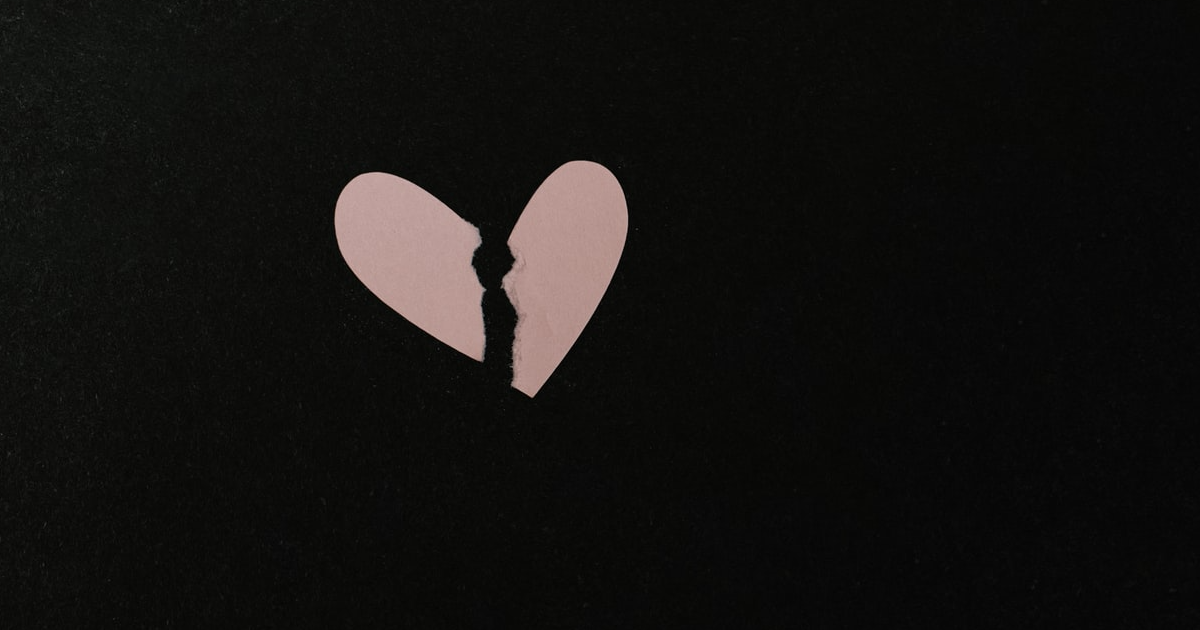 Relationships and recovery: a personal journey

Image description: A pink paper heart torn in two, on a black background.

At 16 I started my first relationship.The relationship became increasingly emotionally abusive. Having been diagnosed with an anxiety disorder the year before, it’s fair to say that my self-esteem was at rock bottom. Having never had a proper relationship before I was very inexperienced with them, especially with what healthy relationships might look like. Due to all the red flags that I completely missed, and a mixture of naivety and desperation to be loved, I was left blind and I ended up accepting the treatment that I received almost with gratitude.

It started slowly. The first three months, despite me doing my GCSEs and him his A-Levels, were a very happy time : I was infatuated in the way that only a 16-year-old can be. Then, he started to control who I could speak to and what about. He would get angry and lash out if I spent time with my male friends, which was a particular issue as the majority of my friends were guys. It delayed my coming out as bisexual until after we had broken up because I thought he might want me to stop hanging out with female friends too.

He created an atmosphere where I was responsible for his mood; at any slight change in his expression, I would panic and immediately ask if he was okay and apologise repeatedly for any cause of his unhappiness. I planned my life around him; he got mad if I spent time learning to drive, going to the gym, or seeing friends, if I could have seen him at that time. I was on eggshells constantly because his mood was so capricious and it was always my fault. Sometimes the sheer anxiety drove me to panic attacks which he would shout at me for and make me feel enormously guilty about, because they were inconvenient and annoying for him.

I would wake up to texts filled with insults saying that I wasn’t good enough for him, that he deserved better, and that he was going to break up with me. After we did break up, he sent me over 50 abusive texts in one night telling me that I was unlovable and ruined everything. I was alone and always would be because that’s all I deserved. He constructed a situation where I was completely reliant on him for my self-esteem and I feared bringing up anything that upset me because he would threaten to break up with me and I couldn’t fathom myself without him – I was dependent.

Any that I committed to asserting myself, I was punished; he made up that he cheated on me, he insinuated heavily that there was something sexual between him and one of his best friends and, when I wanted a break, he told me he was going to sleep with a girl from his work that night. My dependency, anxiety, and low self-esteem were all used against me. I genuinely believed for a long time, even after we had broken up, that no one would want to date me because of my anxiety disorder. If he, as someone with anxiety couldn’t stand it, how could anyone else? The whole time he would tell me that we had a great relationship, one that people should be jealous of, and, knowing no better, I believed him.

With help from some very supportive friends who spent hours convincing me that I deserved better and that what he was doing was wrong, I gained the courage to break up with him. It was long and protracted and his actions during it caused me and my family significant concerns for my safety. Slowly, I began to feel better and was able to reflect on the last year of my life and the trauma I had been through. I was hit with the realisation time and time again that his behaviour was wrong and I felt a confidence and anger growing within me. I would not allow myself to be treated like that again because I deserved better.

There were plenty of unhealthy behaviours that I had to unlearn: I still apologised a ridiculous amount, I couldn’t voice my feelings and I couldn’t really be open with my emotions at all.  Slowly, with help and encouragement from partners, I got over it. There were some hiccups: I went through a stage of being overly assertive and defensive, which definitely took patience and understanding from my next boyfriend to get over. However, by the time I started dating my current partner, I thought that I was past it, I could have a happy and functional relationship and, most importantly, I trusted myself; since the breakup with my first boyfriend, I had been haunted by the fear that I could turn out like him. Frankly, my largest shame has been the fear that I could be like him and emotionally abuse someone without even knowing it. It’s something that I’ve been terrified to voice to friends or partners because of the fear of judgement – what type of person could hurt someone so badly and not even realise? It’s the most lasting scar from that relationship but I thought I had moved past it.

Recently, I realised that wasn’t the case. I couldn’t voice my feelings on my partner’s rather intense work schedule to the point that I would rather break up, despite the enormous pain that would ensue, than ask them to work a little less or work at different times. Even when they told me they wanted to know my thoughts, I couldn’t allow myself that space because I feared that I could inadvertently be emotionally manipulative or controlling. When it became obvious that I didn’t trust myself in the way I thought I did, it felt like I had been shot. I was once again that scared 16-year-old and 3 years of growth had been wiped out in one fell swoop.

Luckily, we had a rather hard and long conversation about this fear and it’s deep roots and how it links to my anxiety. It was an opportunity for us to become closer and I’m immensely glad that’s the path we took. But I still don’t trust myself, despite having so much evidence to the contrary. Currently, I don’t know exactly what the way forward is and it is striking how a relationship so long ago could have such strong and lasting effects.

Throughout the process of writing this I have wanted to caveat and play down, to minimise my experience because others have undoubtedly been through far worse. However, this feels like letting my abuser off the hook. What I went through was bad and has affected me in more than just romantic relationships. But, neither myself nor anyone else who has experienced abuse in a relationship is defined by it. Letting that boyfriend have any impact on my current life and relationships feels like giving him power, and that is something that I don’t want to do. I am resolved to work to free myself of every trace of his impact on me and talk about my fears about myself without shame, because being scared that I could be a bad person doesn’t make me one.