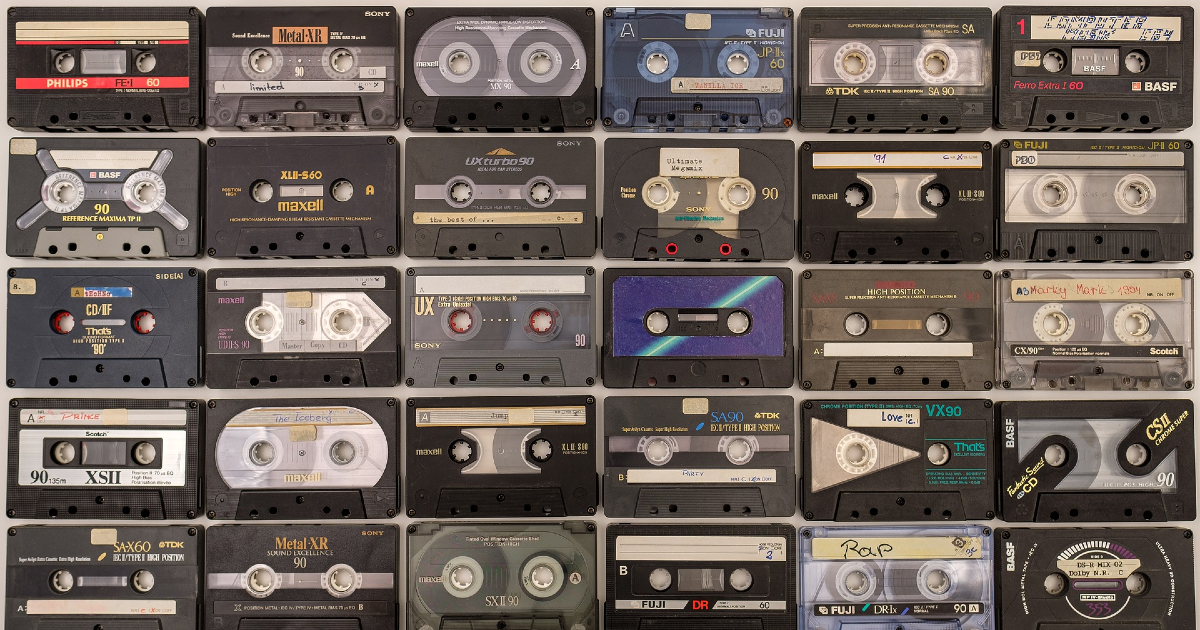 One of my favorite things about music is that there truly is never a shortage– new music is constantly being created, and in the streaming age we have access to recordings from the early 20th century onwards. Still, somehow I frequently find myself in phases where I listen to the same 30 songs for months on end– and often, the vast majority of those songs were released before the year 2000.

I grew up on music from the ’70s and ’80s, and as time went on developed an overwhelming sense of nostalgia for that time– in middle school my Tumblr page was plastered with images of Woodstock with the words “I was born in the wrong generation” on them… don’t laugh. Luckily, pop culture is also addicted to its own past– and music is no exception, which means there are endless recent releases to satisfy nostalgic listeners that want to try something new.

Of course I could tell you that if you love classic rock you should listen to The Strokes or the Arctic Monkeys, or to check out Beach House if you’re into the Cocteau Twins– but I won’t. Check out the following list to indulge in that nostalgic sound with tracks from indie artists that were released in the last few years.

There is nothing that I love more than a good power ballad, especially when it’s a little angsty. Sharon Van Etten’s voice echoes the dreamy sounds of the Yeah Yeah Yeahs’ Karen O on this track, but with an added grittiness that makes it her own (my favorite part is when she screeches “I KNOW WHAT YOU’RE GONNA BE!!!” at the three minute mark). You will feel the emotion burning through your speakers on this cathartic New Wavesque track.

If you like post-punk, and I mean the type of post-punk that you can really dance to– this is the song for you. Robillard’s vocals are void of hesitance and teeming with sardonic wit, the lyrics glide over lustrous heavy guitar reminiscent of early New Order. This song is like being invited to a really intimate, really outrageous party where everyone knows your secrets. When the instrumentation fades around the 2 minute mark for Robillard to say “We’ve been friends for so long / You don’t need me telling you what went wrong / And tonight you’ll do it again / You’re already here with me when you should be home instead” it feels like someone fervently whispering in your ear on the dance floor. The deadpan delivery of these lines similarly recalls Jarvis Cocker’s moodily sultry spoken verses on Pulp’s album “Different Class”.

“Don’t Get Taken” from the self-proclaimed psych-punk band is explosive– Black Sabbath fans may have deja-vu upon hearing the opening riff, but the track quickly descends into a 90s grunge rock headbanger. It relies on heavy guitar and the percussion-like delivery of the vocals which make it the perfect moshing song.

This track from the duo comprised of producer Chris Bailoni and Twin Peaks guitarist Clay Frankel champions the sound of one of their greatest influences, Suicide, resulting in the type of song that makes you feel young and alive. It wouldn’t have seemed out of place in The Perks of Being a Wallflower movie (this is a compliment). The instrumentation and melodies are reminiscent of The Cure at times, but Frankel’s vocals are far rougher than Smith’s– the synth sound approaches a Pet Shop Boys level of intensity at the song’s climax. If you have access to a car and would like to feel like you’re in Perks of Being a Wallflower, I recommend blasting this with the windows down.

For other ’70s rock fans– The Britanys definitely bring the garage sound with their tactfully unpolished production and a lot of heavy guitar. Lucas Long’s vocals take on the sliding Lou Reed hybrid style of singing and speaking, and in terms of more contemporary influences– Arctic Monkeys fans will definitely hear some Alex Turner influence on this track.

The Foxygen drummer’s solo project has garnered a lot of criticism for mimicking his influences too directly, but the Beach Boys x T. Rex vibes coming together on this track make for a blissed out listen. Falsetto harmonies layered over dreamy synths are interspersed with brief percussion ridden guitar interludes which give this song a story-like quality, listen and go along for the ride.

For my shoegaze fans– Dream, Ivory can definitely help you out if you’re looking for something a little less lyrically crushing than Beach House. They’re definitely heavier on the instrumentation and the warped guitar and synths create an ethereal effect reminiscent of the recurring synth progression in “Heaven or Las Vegas”.

I am not typically a person who loves to stream covers. That being said, Flo Morrisey and Matthew White’s covers album “Gentlewoman, Ruby Man” is full of bangers. They seem to be creating entirely new songs– they transformed this lofi Little Wings track into a funky, even psychedelic, sound bath. Think the production dreaminess that Galaxie 500 brings, but the team approaches the song with an R&B cadence to their vocals which makes it danceable.

Listen: Flo Morrisey & Matthew White, “Look At What The Light Did Now”

The simple and precise guitar plucking throughout this track echoes Simon & Garfunkel, while the rest of the song combines elements like a Van Morrisonesque storytelling quality with breathy vocals reminiscent of The Zombies to create a unique vintage sound. The album is worth listening to in its entirety, beginning with “Penny Rabbit and Summer Bear”. Kishi Bashi uses the album to tell a fictional story of lovers in a Japanese internment camp during World War II.

The lush ’70s sound of this track evokes imagery of sundrenched California highways. The slinky guitar accompaniment recalls some of The Eagles’ earlier ballads, while Weyes Blood’s poignant vocals could draw comparisons to Mama Cass or even Stevie Nicks (think “Prove Your Love”). This song’s cascading melodies will make you feel like you’re floating– it manages to capture the forlorn sentiment of nostalgia, while simultaneously instilling a genuine sense of hope for the future. If this song strikes a chord with you, be sure to check out Weyes Blood’s album “Titanic Rising”, especially the track “Everyday”.