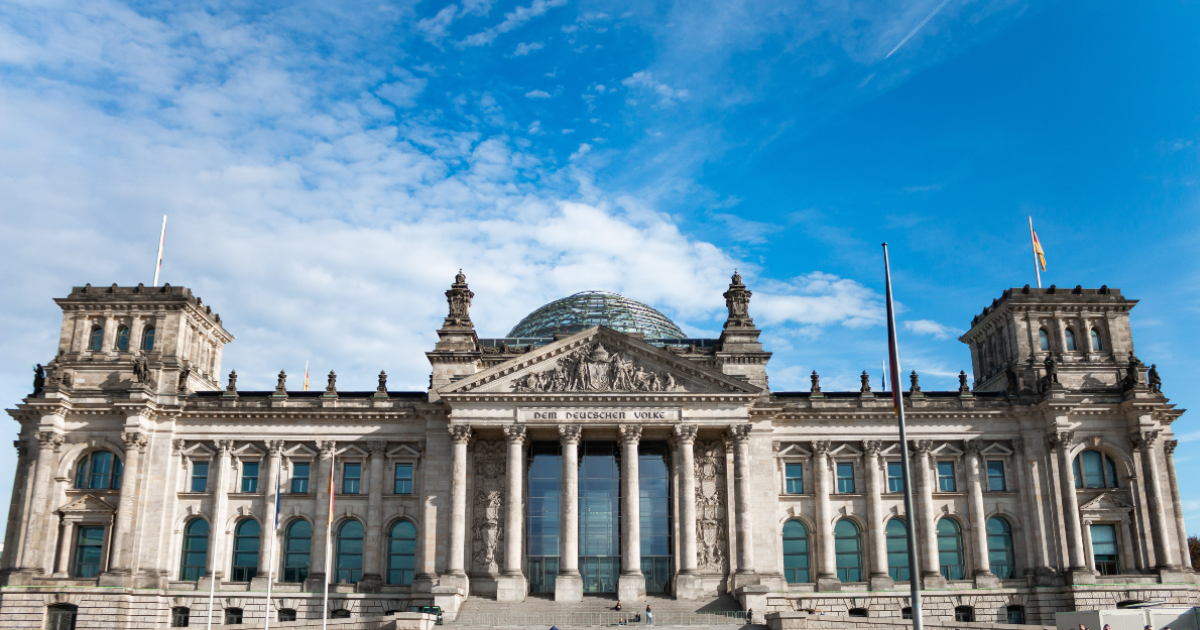 After Merkel, what’s next for Germany?

Image Description: the Reichstag Building on a sunny day.

Across a decade which has seen convulsion and upheaval across parts of Europe, one unusual constant on the political landscape has been Angela Merkel. First elected as Chancellor of Germany in 2005, she is one of the longest serving democratically-elected European leaders in history, meaning her decision to not seek re-election in 2021 represents the end of an era.

What has marked Merkel out across the last 15 years has been her stability or, more specifically, the popular perception of her as a stable leader. Leading the Christian Democratic Union, a party whose first Chancellor had the slogan ‘no experiments!’ and which has moved ever closer to the centre across its 76-year history, Merkel has been able to develop a reputation as a bulwark of German politics and a ‘safe-bet,’ evidenced by the healthy majorities her party has received in the last four federal elections. Even though her term as chancellor has been beset by several controversies and scandals, most notably her decision to accept one million refugees in 2015 and the last few months of her response to the pandemic, the combination of Merkel’s lack of sensationalism and quiet stability has made her one of the most popular political leaders in the world, and in Germany.

Merkel has been able to develop a reputation as a bulwark of German politics.

After a decade in which it has become a byword for efficiency and stability in Europe, Germany now faces a series of challenges. Though the country seemed to have kept Covid-19 at bay compared to their neighbours in the early part of the pandemic, the sluggishness of the vaccine rollout and the difficulties of negotiating with a decentralised federal government mean this response has run into trouble. This has dashed hopes of a quick economic recovery, with Germany being hit by an ongoing depression which has caused trouble for the entire Eurozone. Finally, a longer-term and less visible problem is relations with Russia as a pivotal alliance, something which has run into a number of troubles and contretemps. This has all highlighted the importance of the issue of who will succeed Merkel.

One contender is Armin Laschet. He is the new leader of Merkel’s own Christian Democratic Union (CDU) which, right now, is a fairly consistent frontrunner in opinion polls. His main weakness is that the CDU’s brand of unitary centrism is splintering, and many of the party’s most loyal members have a low view of Laschet. Furthermore, it must be remembered that though some are touting Laschet as Merkel’s successor in the Chancellery, he has yet to decide whether he will run. The Christian Democratic Union and Christian Social Union (CSU) are sister parties and field one candidate to represent them both, and the CSU’s Markus Söder – a popular yet deeply conservative figure – might run. However, the uncertainty brought on by the pandemic might mean that the majority of Germans are keen to stick by a tried-and-tested formula, making Laschet the natural candidate and the natural choice for the people, even if this formula no longer involves Merkel.

But a relatively new political party might just upset the status quo in Germany. In comparison to their performance in the UK, where the Greens have returned just 1 MP across the last 4 elections, the more centrist German Greens are emerging as a force to be reckoned with. This was clear in recent regional elections and many are predicting that the Greens will be partners in a CDU coalition. Given that such a coalition would blend the CDU’s reputation for stability and order with the dynamism of the Greens, this is a fairly likely outcome, especially in light of the splits emerging in German conservatism.

A relatively new political party might just upset the status quo in Germany.

Even though Germany has failed to organise a vaccine rollout on the scale of that in Britain, and although economic troubles have challenged its reputation for stability, the country’s size and influence still make it one of the most important countries in Europe. It is also one of the first European countries to have elections for its head-of-government after the pandemic, and it will be interesting to see whether the shock of Covid causes the German population to embrace a new, more left-of-field brand of politics, or cling onto a safe bet. But one thing is certain. Although Merkel has many commendable achievements to her name after 15 years in charge, the last few months have certainly been challenging, and it is perhaps best for her image and the brand associated with her that she steps away from the Chancellorship now, before Germans lose affection for a leader they have affectionately nicknamed ‘Mummy.’