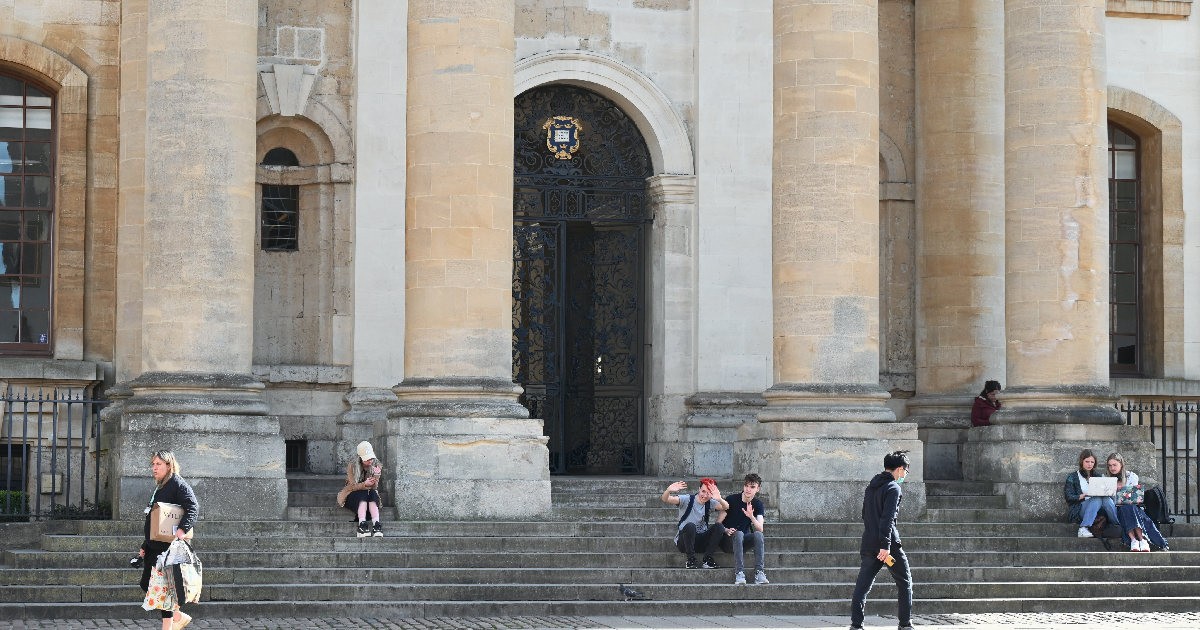 Image description: Students sitting on the steps of the Bodleian Library on Broad Street

On Monday evening, Oxford University Labour Club held an extraordinary general meeting in the wake of several resignations from the Society. New Co-Chairs, an LGBTQIA+ officer, and Secretary were elected in a by-election following hustings in the same meeting.

Laura Ennis and Danial Hussain were elected as Co-Chairs in the by-election after the first round of voting. They won 43 votes, over half of the number of people that were present and voted in the meeting. Maia Hamilton was then elected as Secretary and the LGBTQIA+ caucus elected Hayden Barnes as their representative.

During hustings, the Co-Chairs promised follow through on advice from the society Melanin as well as compulsory antisemitism, anti-racism and anti-islamophobia training for all committee members going forward. They stress that the training will be open to any other members of OULC who will all be encouraged to attend.

The Co-Chairs have commented on their new role and the change they wish to see within the Club:

“This has been a turbulent time for OULC, particularly so for members of the BAME caucus. Going forward, we want to provide both stability in the leadership of the club and aim to create an environment in which all members feel comfortable in having difficult discussions with and about the committee.”

“Our first steps in this direction are to implement the recommendations by Melanin… We are also in the process of introducing a formalised complaints procedure, which will ensure transparency in any future issues of this nature and make the committee more accessible to all members. In response to the stress that this has caused members, we are exploring ways to create a new welfare officer role, to support current and future members so that they are always supported and never have to feel alone in OULC.”

“We have faith that these are the right first steps to both substantially create change within the culture and institution of the club, and also to restore the faith of ethnic minority OULC members and the wider Oxford community.”

A change of leadership for OULC comes as Anneliese Dodds is being replaced by Rachel Reeves as Shadow Chancellor of the Exchequer as part of a Shadow Cabinet reshuffle. As MP for Oxford East, Dodds has close ties with OULC. The MP works with the Society to campaign for the Labour Party, promote Labour politics and regularly attends welcome socials.

In regards to the Cabinet reshuffle, OULC said:

“We thank Anneliese Dodds for her work as Shadow Chancellor, and wish her the best of luck as Chair of Labour. We are sure she will be a success in her new role, and continue to deliver on Labour values.”

The by-election of the University society positions takes place in the week of a sweep of Labour victories in Oxford in the local elections that took place on Thursday 6th May. This includes Michael O’Connor who won the County Council seat in University Parks, following online and in-person campaigning from both the local Labour Party and Oxford University and Oxford Brookes University students.