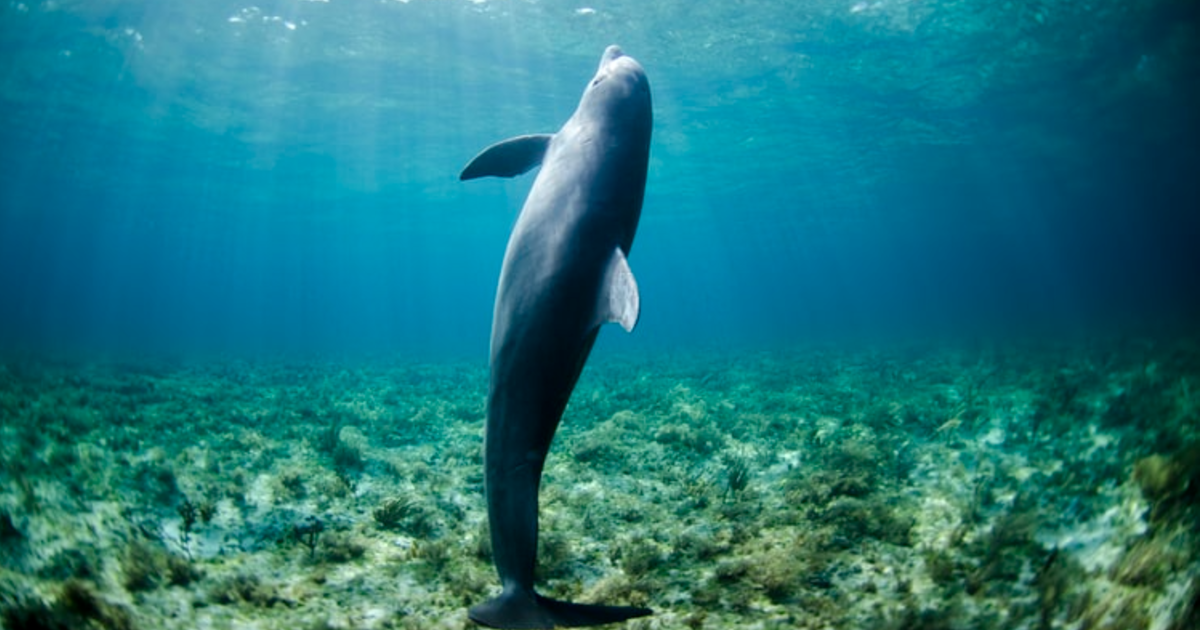 Image Description: A dolphin upright underwater, its head pointing towards the surface, just above the seafloor.

Netflix’s Seaspiracy has reached millions of viewers worldwide and remains in the Netflix top 10 most-watched even now. The documentary, which reported on the wide-ranging scandals surrounding commercial fishing and the apparently devastating impacts the practice is having on our oceans and marine life, has been divisive, with various viewers vowing never to consume fish again, but some panning it as inaccurate and misleading.

Seaspiracy seemed to end with one message – that all commercial fishing is inherently bad, and the only way to avoid complicity was to end your consumption of seafood. But is this truly necessary?

One of the most prominent, and certainly shocking, statistics that are given in the film was that our oceans will be empty by 2050. Based on a study from 2006, this claim has divided experts, with some disputing it while other groups like National Geographic express their support. The reality is that it is unclear whether the oceans will be empty by 2048 as per the original study, but what is clear is that our fishing practices are taking us in that direction. As Ayana Elizabeth explained in a TED Talk summarising the issue, the world’s fish just cannot reproduce as quickly as 8 billion people can eat them.

The reality is that it is unclear whether the oceans will be empty by 2048 as per the original study, but what is clear is that our fishing practices are taking us in that direction.

Even if some wild populations of fish can grow back over time, what happens in the meantime? One possibility is that the production of fish would simply stop, but given the nature of modern capitalist societies, that seems an impossibility. Instead, as shown in the documentary, foreign ships simply moved to the richer waters around West Africa. This deprived local fishermen of their catch, leaving them to starve or try other food sources, like bush meat, causing outbreaks of disease like Ebola.

However, the 2050 statistic has not been the only area of criticism for the documentary. After the documentary’s release, many experts and charity representatives featured in the film came out and claimed that their sentiments had been misrepresented and their interviews edited to fit the director’s claims. One interviewee, who represented IMMP (the organisation that marked tuna as ‘dolphin safe’ in the documentary) claimed, in an article published by the Guardian, that his interview was grossly misinterpreted and edited to cast the IMMP label as industry colluders. He claims that, although the organisation cannot fully guarantee whether a dolphin is killed, its efforts have seen a 95% decrease in dolphin killings. On the other hand, the interviewee did claim that if any dolphin dies as bycatch, that tuna cannot really be considered dolphin-safe – but the label is still applied. So although the number of dolphin killings may have decreased, ‘dolphin safe’ is still far from a guarantee.

Another issue experts have voiced with the documentary is the claim that 46% of the ocean’s waste is made up of abandoned fishing nets and equipment. Studies seem to contradict each other on this issue, with some claiming 10% of the ocean’s plastic waste is fishing nets and others putting the figure at 46%. So again, the documentary is not necessarily correct on the precise number. However, despite the contrasting and possibly inaccurate statistics, it is certainly clear that commercial fishing has a vast effect on seaborne plastic.

The documentary is correct in claiming that less than 1% of the plastic waste in the ocean is from plastic straws – proving that the mainstream focus on plastic straws is misguided. This is not to say that reduction in plastic straws is bad, but it does almost nothing to combat large-scale plastic pollution. The fact that our ocean’s plastic is made up of anywhere from 10-46% fishing nets (depending on which study you use) also shows that, even with all our effort to reduce personal plastic consumption, what matters most is the waste generated by industry. We may try to reduce our own carbon footprint, but these efforts are useless unless the biggest corporate polluters reduce their own carbon footprint by far more.

The documentary is correct in claiming that less than 1% of the plastic waste in the ocean is from plastic straws – proving that the mainstream focus on plastic straws is misguided.

The last major source of criticism has been communities such as the Inuit, who rely on non-industrial forms of fishing to maintain their lifestyles, regarding the message that the only way to help our oceans is not fish. This criticism is entirely valid; for smaller, traditional societies, such as the Faroe Islanders in the documentary, fishing can be sustainable and will not hurt species in the long run. The way that the Faroe Islands were presented in the documentary was inherently wrong: although many may not agree with the killing of whales, it is still an example of sustainable fishing.

As an interviewee said in the documentary, killing a whale means ending only one life as opposed to many more chickens or salmons for the same weight. Faroese fishing is also the definition of sustainable, as the amount of whales killed is not so great that the population is irreversibly damaged. The documentary failed to acknowledge the nuance between smaller communities who can sustainably fish, fish only for their community, and do not damage wildlife populations, and commercial fishing which does inherently hurt the ocean. Instead, it took a dim view of the Faroe Islanders’ practices, suggesting that even if it was sustainable, it was not worth the cruelty involved.

The way that the Faroe Islands were presented in the documentary was inherently wrong: although many may not agree with the killing of whales, it is still an example of sustainable fishing.

Overall, Seaspiracy gives off mixed messages. Some of what it brings to light desperately needs more exposure – slave labour on fishing boats, the almost neo-colonial overfishing of Africa by richer countries, and the inherently damaging nature of commercial fishing and the rapid depletion of fish and ecosystems it brings. However, the fact that Seaspiracy allegedly edited interviews and was one-sided in its use of studies makes it appear somewhat manipulative, potentially damaging its important message. It needed to take a much more nuanced approach, highlighting the differences between the sustainable fishing of local communities and the environmentally disastrous commercial practices. The problems Seaspiracy brings up reflect modern society’s economic structure and its relationship with nature, and a blanket statement against eating fish prevents further analysis of that. Is it really worth it for a simpler, more eye-catching message?