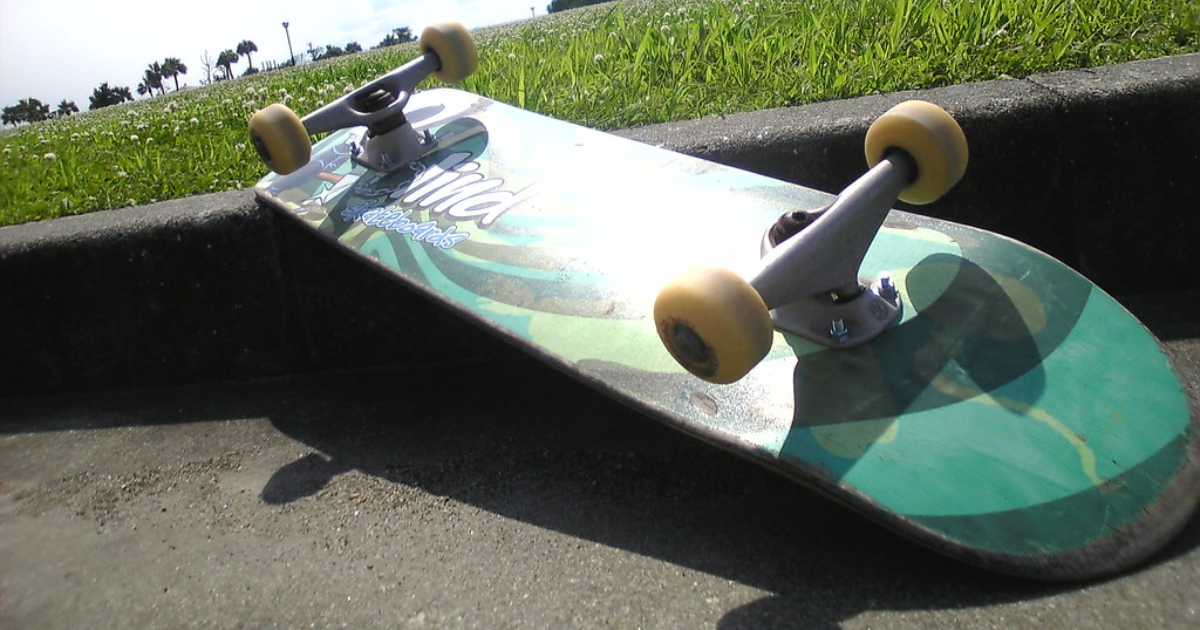 Tony Hawk’s Underground – How to create a wannabe skater

Image description: a green and blue skateboard lying face down diagonally on the side of a pavement

There is no shortage of amazing games in the market right now. From captivating narratives like The Last of Us, to immersive RPGs like Fallout, to indie feats like Hades, and even to love-them-or-hate-thems like Cyberpunk 2077. It may therefore seem odd that I find a skating game from 2003 to be one of the best games ever made. Yet strap in as I tell you how this game has me playing it to completion over and over again.

The traversal in this game is exceptional, as you would hope from a skating game. As I have discussed when talking about The Witcher 3, in order to be a great game it must have good gameplay. This seems obvious yet game mechanics that can keep you engaged until the story’s end do not get enough credit. The gameplay of Tony Hawk’s Underground (or T.H.U.G.) builds off of the previous four Tony Hawk’s games . It brings back the familiar combination of moves and tricks performed through different combinations of buttons and stick movements, and everywhere is fair game now.

The levels are designed in such a way that you can perform tricks on any surface allowing you to rack up huge combos as you traverse your way around the various levels using a combination of grinds, wallrides, and manuals all while trying desperately to maintain balance with the analog stick so you do not lose your high score. You can even create your own tricks making them as difficult, but impressive, as you like. T.H.U.G. also introduced the ability to get off the board and roam around, allowing you to explore the levels in more detail, finding different areas to perform tricks in as well as various Easter eggs. One in particular that sticks with me is jumping into an assuming Tiki statue’s mouth in the Hawaii level, sending you down a trippy skating tunnel and unlocking a new level to practise your tricks in. With nine different levels to explore, young me spent hours on end just roaming, getting new high scores and discovering secrets.

Basically, this game is just absolute pure fun. No more riding your horse through another empty field, unable to take in in the beautiful scenery as your eyes are forever drawn to the tiny golden quest marker, forcing you to squint to read where the game is telling you to go next. Certainly no to taking you out of the game as you wait for the fast travel to load. Instead, you explore the levels, boosting your stats as you go, doing missions as you run into them, travelling because it is fun.

On the topic of missions, the story of T.H.U.G. is exceptionally engaging for an early 2000s game. Starting as an amateur skater in New Jersey, the game takes you across the US and abroad in a quest for professional skating stardom. (Spoiler warning) The catch is that Eric, your best-friend-turned-enemy is out to sabotage you at every step , taking credit for your sick tricks and forcing you to take him down to claim your rightful place in skating history. I remember the first time I played this game spending what felt like an eternity trying to land the trick (you are told) can impress enough people to make you a professional skater, screaming at the TV as I failed to land the McTwist  over a helicopter. Cruelly, my utter satisfaction when I did land it was ripped away from me when it is revealed that Eric edited the video to take the credit. Don’t be fooled to thinking this was his only betrayal. It’s been over a decade and that man still makes my blood boil more than any other video game villain I’ve encountered since.

I also must give a shoutout to the soundtrack. Fusing pop-rock with punk and hype with hip-hop the tunes never let up, making your repeated failures slightly more bearable.

Some of my fondest memories of this game come from its multiplayer component. A staple of games until the early 2010s, split-screen multiplayer is a feature sorely missed in much of today’s catalogue. To give some examples in T.H.U.G., King of the Hill sees you battling it out to see who can hold onto a crown for the longest, as you attempt to steal it from your opponent by ramming into them on your board. HORSE has you competing to see what combos you can land, with each one you fail at earning you a letter towards being the HORSE. The modes were nothing spectacular, but being able to boot up the game and easily jump into a fun mode with your siblings on a rainy day or your friends during a sleepover is an underrated aspect of the game.

The modes were nothing spectacular, but being able to boot up the game and easily jump into a fun mode with your siblings on a rainy day or your friends during a sleepover is an underrated aspect of the game.

The Tony Hawk’s games lost their touch as the years went by, the last one I enjoyed being American Wasteland. With the remake of Pro Skater 1 + 2, I hold out hope T.H.U.G. will get the remake treatment too, or that there will be a decent new entry in the series. For now, there are plenty of spiritual successors, games centred on fun and engaging traversal. Sunset Overdrive is a prime example of this, with a punk-esque aesthetic and grinding traversal system it goes some way to scratching the same itch as the best game ever made (definitely not influenced by nostalgia) …Tony Hawk’s Underground.