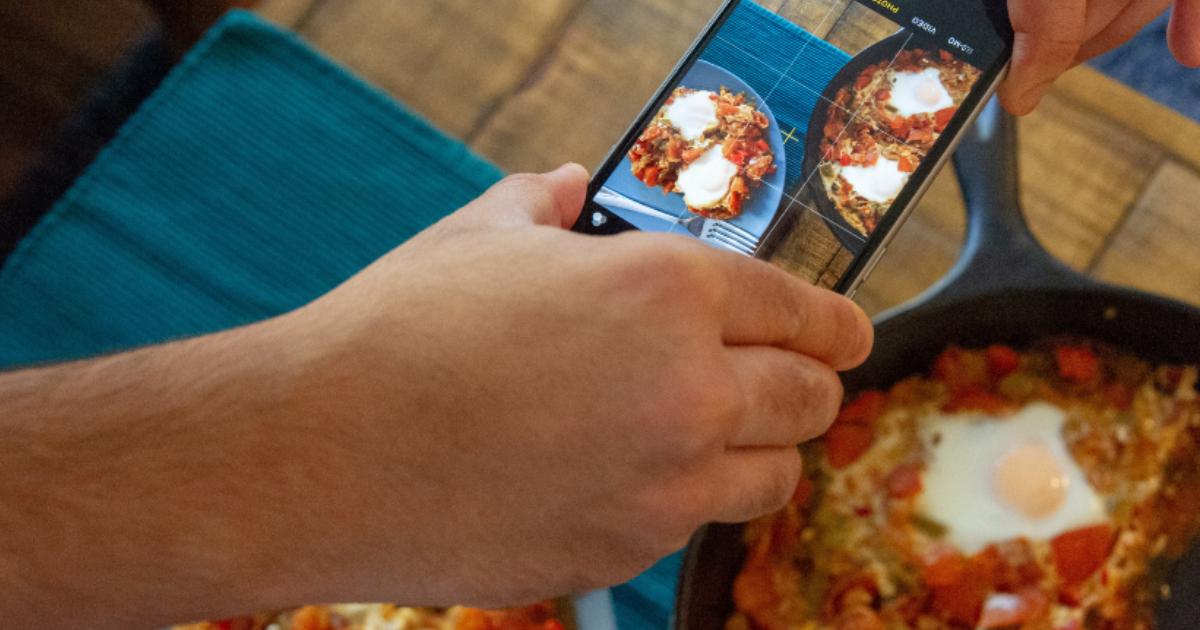 Image description: A hand holding a phone takes a picture of a dish.

With the growth of YouTube, TikTok, and Instagram, a whole new form of food writing has emerged: that of the food influencer. From zero-waste soups, to sumptuous sweet treats, here are the Food and Drink editors’ top picks for food accounts to follow:

Max La Manna, a chef turned vegan food influencer, has written a zero-waste cookbook called ‘More plants, less waste,’ but is perhaps best known for his Instagram reels which regularly get over a million views. In these reels, Max gives quirky yet easily-achievable tips about how to cut down on food waste whilst still eating tasty food, my favourites being his ‘Banana peel pulled pork,’ or his ‘Peel and stem soup.’ While his videos are potentially more aesthetic than they are tempting to cook, his Instagram is a good one to follow if you’re always throwing away odd ends of half gone-off vegetables, unsure of what to do with them.

Alison Roman, a cookbook author, chef, and former New York Times columnist, has ventured into YouTube with a series of sarcastic/witty and chaotic recipe videos. While she previously appeared on the NYT Cooking channel (also a great place for recipes), Roman’s new series of ‘Home Movies’ showcase recipes from her cookbooks ‘Dining In,’ and more recently, ‘Nothing Fancy.’ If Nigella had a sense of humour, this would be it. Many of her recipes have gone viral, including the delicious Chocolate Chunk Shortbread Cookies and Spiced Chickpea Stew with Coconut and Turmeric, both boasting almost 2M views on YouTube. For Alison Roman, her sarcastic and iconic manner thrives on social media as she often uses Instagram stories to showcase recipes and do cooking livestreams, her improvised style/manner feels refreshing and never boring. Her recipes have a huge following, with thousands of cooks using the viral hashtags #thecookies and #thestew to refer to the above recipes. Alison Roman’s recipes are truly delicious. Not only that, they are remarkably informative as she explains each ingredient’s function which helps you to have a go at home!

If you’re looking for a sweet treat to bake, @fitwaffle on Instagram is the account to follow. Eloise Head set up her Instagram during the March 2020 lockdown, and hasn’t looked back since, gaining huge popularity for her recipe reels. These reels feature easy-bake cakes, pies, and brownies, always covered in trendy toppings like Biscoff, Oreos or Nutella. While some of her creations can seem a bit death-by-chocolate, her brightly-coloured and neatly-decorated treats are always tempting. Even if you’re not a baker yourself, follow her to feast with your eyes on her creations!