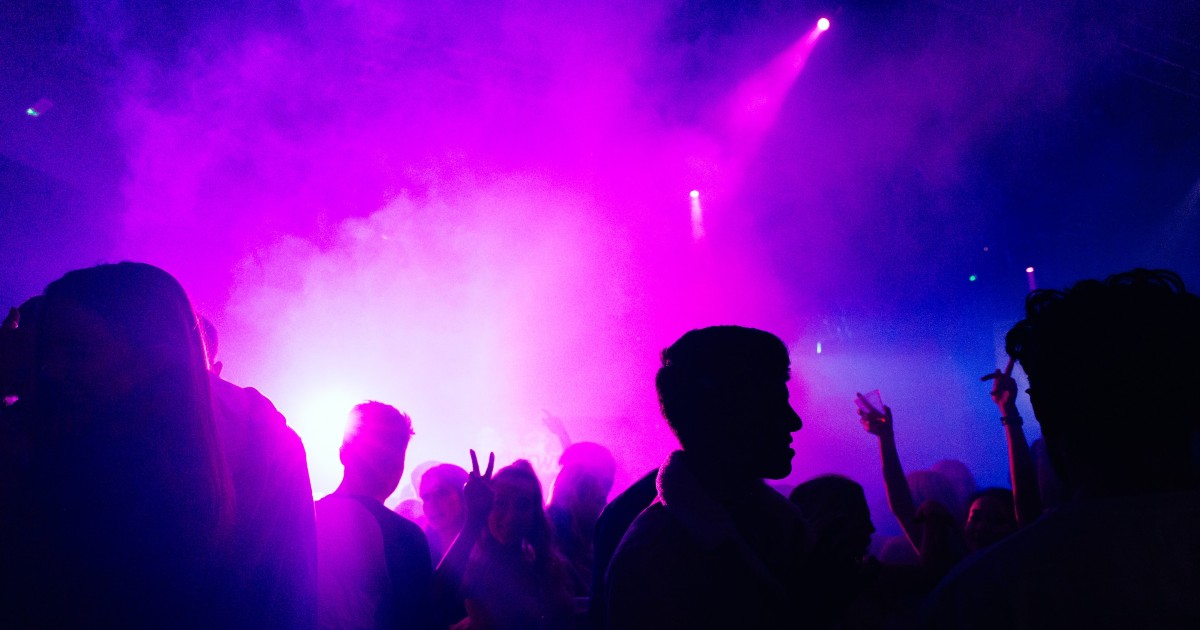 An ode to Fever

The pulsating music sweeps in and crashes like a sonic wave breaking on the beach of Oxford night life. The multicoloured lights shimmer and swirl, fading from greens and blues to red and pink hues. In a disjointing contrast the disco floor throbs with squares of neon lights, illuminating familiar and unknown faces. I’m moving to the music, letting it wash over me. There is no degree, there is no impending deadline, there is no midday tutorial tomorrow. There is only… Fever.

But then I wake in a cold sweat, sitting up ram-rod straight. The ringing in my ears dies down to silence and a realise it was all a dream. Its 10pm on a Friday and I’m sat in my room, a book on the 1381 Peasants Revolt opened limply in front of me on my bed, and I have a Post-it note stuck to my face. Not exactly a wild night out. As I gather myself, stretching out, I decide I need to leave my stuffy room. So, I clamber across the crowded floor, over week-old clothes and scrunched up bits of paper, grab my coat and step outside.

I don’t really know where I’m going until I’m walking down Cornmarket Street, past the Deliveroo drivers huddled together like penguins in the cold. I wander past dead Debenhams and Tiger on Magdalen Street until I can see the soft glow of Tesco beckoning me in, but before I even mean to I skirt past and pull up outside Fever. The door is shut, there are no lights, no music, no bouncer. The queue of people aren’t jostling to enter the velvet sweat dungeon of one of Oxford’s big three nightclubs. Instead they file past on their way home, or to Tesco (or worse Sainsbury’s). They don’t even spare a glance at what was once my go to every Friday night.

As I stand there in front of the sorry looking entrance, my cold hands stuffed deeply into my pockets, with my collar turned up to keep out the biting cold of the wind which whips around me, I stare at the sign, once so bright, now switched off forever. And I remember. My mind races back, and I remember.

Fever was an institution. A portal to another world outside the cloistered cloisters of the Oxford colleges. Puffer coats and with them, college loyalties were swept aside. Fever was neutral territory. We weren’t students. We were chasers of joy, of liberation, of an animalistic sense of rhythm and we chased it sweatily under the coloured lights and sparkling disco balls.

There were very few occasions where I planned to go to Fever, I just simply ended up there. I remember the off-brand VKs, their sweet sugar syrup, an elixir, a tonic for the soul entering my bloodstream and the feeling of invincibility. And also the strange impression that I got of myself as a semi-professional dancer performing for my audience of adoring fans. I remember as well, buoyed up on a considerable cocktail of all sorts of drinks, finding my tutor. Outside the stuffy office he had thrown off his cloak of academia. The monocle was nowhere to be seen, the tweed and bow tie had been abandoned by the wayside and instead, the teacher that stood before me was not the towering academic with my degree in his hands, but a man. A man in Fever on a Friday night gyrating to Shakira hits. His hips indeed didn’t lie. I’ve never been able to find those budget VKs anywhere else. They’ve gone now and with them the memory of those terrible drinks has gone too. Probably for the best, the hangover was not conducive to studying.

I remember the disco balls and the disco floor, the low ceiling and the dark corners. The surprise of the sweat-moist pink, velvet walls and the confusion around such a décor choice, a topic my mind continuously wanders back to as a stare out of the warped window panes during my library slot in the Old Bod I finally managed to book last week. I remember the sluggishness of my exhausted mind as slowly instinct kicked in and I reacted to the music and the colours. I remember being almost dragged out by my friends at 2am, as they insisted it was time to go. My will to leave mirrored in the stickiness of the floor. Moving about was like walking through treacle, my feet were heavy and quite literally stuck to the spot. On these nights neither my body, nor my spirit, nor the floor it seemed was willing to let me vacate the safe haven of 2010 club bangers and classic pop bops.

Fever was a place for all. Some have heard it known as the “grimmest place on earth, and you can quote me on that”, others referred to it more fondly (I think) as a sweaty pit. For others it was Marmite. You either didn’t go at all or you were one of its staunchest allies. Fever was an institution. A portal to another world outside the cloistered cloisters of the Oxford colleges. Puffer coats and with them, college loyalties were swept aside. Fever was neutral territory. We weren’t students. We were chasers of joy, of liberation, of an animalistic sense of rhythm and we chased it sweatily under the coloured lights and sparkling disco balls.

The memories dissipate as I’m brought back to reality. Someone is trying to get into Five Guys but they’ve forgotten their mask and they ask me if I have a spare. But my mask has slipped and the hot tears flow freely down my cheeks and land in great plops on my coat. I don’t have a spare mask. I shake my head dumbly and turn away. I walk back the way I’ve come, my head is bowed in reverence. As Lady Gaga said, I’ve left my head and my heart on the dancefloor. The Fever dream has ended and the cold night is all that I have left so I return to my studies, grateful for the memories. As Gandhi or some other wise person said; it’s better to have loved and lost than to have never loved at all.