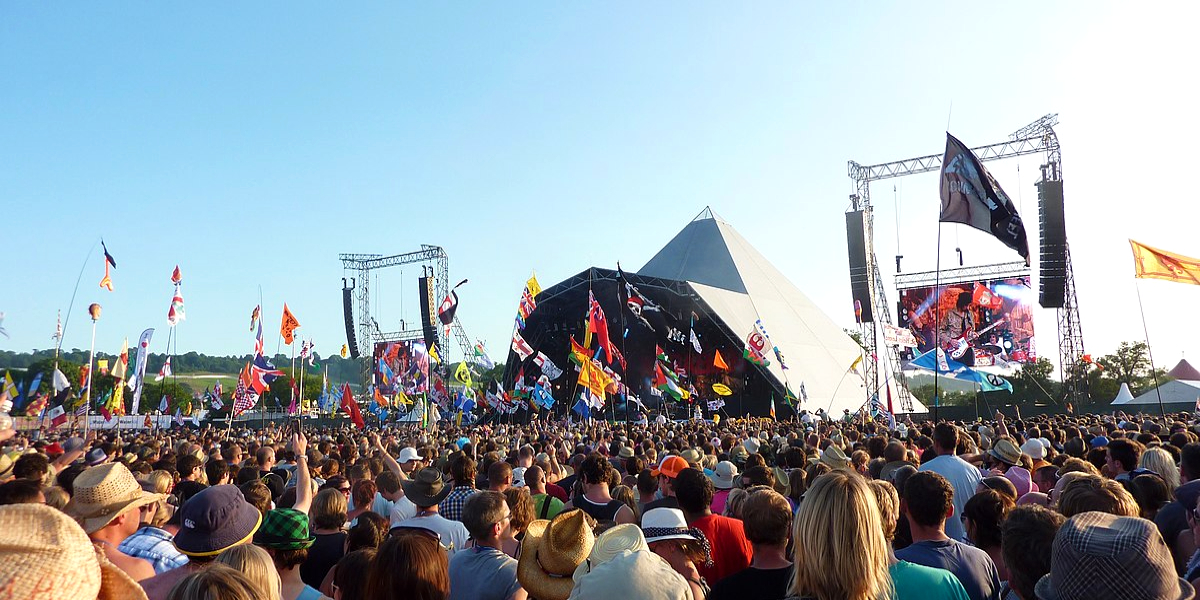 Bittersweet symphony: ‘Glasthomebury’ and the rise of the virtual festival

The world-renowned Glastonbury Festival attracts 200,000 seasoned festival-goers and newcomers alike to its home in Pilton, Somerset, every year. While well-accustomed to the odd ‘fallow year’ to allow the site’s land to regrow, the festival first opened its gates to the public in 1970 and, until recently, had taken place consistently since 1981. When the COVID-19 pandemic struck, the farm was forced to cancel its festivities for 2020 – the year which should have marked Glastonbury’s 50th anniversary.

This saw a wave of ‘Glasthomebury’ set-ups popping up across social media last summer, with lovers of the festival putting together their own celebrations for friends and family in their homes and gardens. To mark the occasion in a safe way, the BBC streamed Glastonbury performances from previous years, along with some unseen highlights. Even one of the famous nightlife zones, Shangri-La, was replicated online.

This year, as the festival announced “with great regret” a second enforced fallow year due to the ongoing effects of the pandemic, the pursuit of a virtual festival was stepped up a gear by organisers Michael and Emily Eavis. On the 29th March, ‘#LIVEATWORTHYFARM’ was unveiled in a video across the festival’s social media channels.

This year, as the festival announced “with great regret” a second enforced fallow year due to the ongoing effects of the pandemic, the pursuit of a virtual festival was stepped up a gear by organisers Michael and Emily Eavis.

With little to go on other than an eerie clip of Glastonbury’s iconic stone circle coupled with the hashtag, fans were eager to know the meaning behind the video. Two days later, a ticketed, global livestream event was confirmed, featuring names such as Coldplay, Damon Albarn, Haim, Idles and Jorja Smith, as well as some undisclosed ‘very special guests’ in keeping with the festival’s typically secretive style.

Reactions were mixed to say the least. “If I want to see a livestream I search on YouTube, nothing can replace the joy, the feeling of gathering with other people enjoying music, please stop this s***, I know it isn’t easy but I find live streaming very sad”, one Instagram user commented.

Others were notably more excited, with “I can’t wait!”s and heart-eyes emojis flooding the comments section under the post. Many tagged friends with mentions of sleepovers and garden gatherings, despite one bracketed prerequisite to “turn off when Coldplay come on”.

While nothing can compare to the feeling of being in a crowd and dancing the night away, or to watching the sun set behind Glastonbury Tor from the hill overlooking the Pyramid, there are certainly some aspects of the festival experience which even the most avid of Glasto-goers are forced to suppress to the very back of their minds.

The five-day festival undeniably comes with both highs and lows, and perhaps a lot can be said for not having to live in fear of the rain (and the dreaded mud which inevitably accompanies it), or even the heat – surviving 120 shadeless hours in an unrelenting 30 degrees was a mean feat for even the most resolute of Brit in 2019. Some will surely also be glad not to be lugging along heavy camping gear in a desperate, ever-unpromising search for a space to pitch, nor to face questionable personal hygiene after almost a week with no shower. Maybe watching the stages from the comfort of our own homes really is our best bet.

After all, for many, this online event is the first chance to experience the festival altogether. This year, anyone and everyone can get a ticket – something unheard-of and previously inconceivable when talking about Glastonbury, a festival notorious for its lightning speed sell-outs.

Envy of those with the unexplained lucky knack of securing a ticket year on year is no more; while it is customary for the festival’s major performances to be aired on television each year, with a global event now specially curated for at-home viewing, Live at Worthy Farm levels the playing field in a way not previously made possible for those who have tried and failed to get to Glastonbury. This time, whether you like it or not, everyone, everywhere, has the same experience.

Yet when push comes to shove, it’s a tall order to convince fans that any online event could ever hold a candle to being there in the flesh. Glastonbury is to countless people – and with good reason – an indescribably special place, often with the most personal of memories attached. Stories of people meeting the love of their life, getting engaged, even giving birth on the farm are all over the internet, and online groups and forums are dedicated in abundance to people sharing their top tips, best memories and future speculations. Glastonbury is whatever you want it to be – a place where you’ll find all walks of life, from 8 years old to 80, having the time of their lives, whatever the weather. And ultimately, nothing can change that.

Glastonbury is whatever you want it to be – a place where you’ll find all walks of life, from 8 years old to 80, having the time of their lives, whatever the weather. And ultimately, nothing can change that.

While a livestream will never live up to the real thing, many will still be happy to have had even a semblance of the weird and wonderful Worthy Farm, if only for a night. With five hours of entertainment on offer from at least ten musical acts, interspersed by spoken word performances and special guests still to be announced, fans from far and wide will surely be eager to support the festival they know and love, even if it is bittersweet.

Tickets are available here for Live at Worthy Farm, which will air globally on the 22nd May, followed by encore screenings on the 23rd. The event will help to support Glastonbury’s three main charitable partners, Oxfam, Greenpeace and Wateraid, as well as helping to secure the festival’s return in 2022.