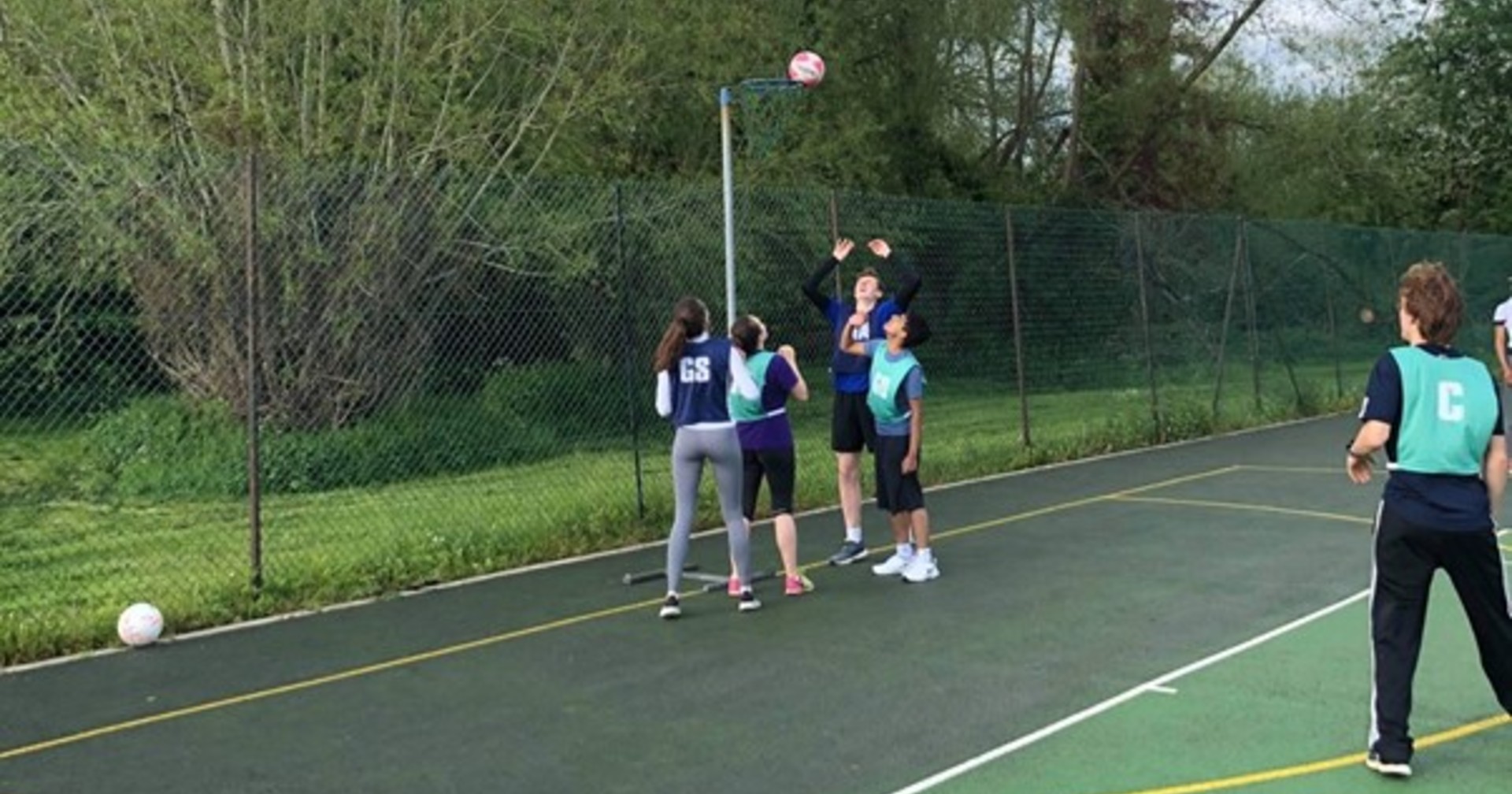 Image Description: Four players gather around the net during a training session

College sport has been severely disrupted due to the pandemic. Despite the difficulties, at Merton college Roheena Buckland, Victoria Moon, and Ebube Akojie have managed to set up a mixed-gender Netball team to compete in the cuppers league. The three co-captains detailed the challenges and benefits of creating their own college team.

Whose idea was it to set up the team and how did the idea come about?

During the college Fresher’s Fair, Roheena and Ebube were shocked to find that there was no college Netball team. Merton is not exactly known for its sports, but this was something that a lot of the Freshers had enjoyed at High School or were open to trying.

After some investigation, it turned out that the old captain had had to step down as she was on a year abroad, and subsequently the team had fell apart. With approximately twenty people signing up to an early-stage group chat, it was clear that there was enough interest in playing netball within college, so Roheena and Ebube decided to restart it as a fairly relaxed opportunity for anyone to play.

What did you have to do to set it up?

The biggest challenge was getting the risk assessment passed. Covid-19 transmission was rampant so starting up sports involving contact with a ball would have been risky. As a result, it wasn’t possible to get people together to practice throughout Michaelmas, while Hilary was a write off with most people at home. It took a lot of organisation with a lot of different hoops to jump through in terms of getting college’s permission as well as managing when the training would be, how it would be conducted, and entering into the cuppers league.

Were there any difficulties setting up the team?

Although we hadn’t had the risk assessment passed yet, the cuppers deadline came early enough that we had to take a punt with signing up. We thought it better to sign up than not, given the recent successful application of the Hockey team, upon which the Netball risk assessment was based.

How has Covid-19 had an impact on the team?

It meant that we were unable to start training until Trinity term and has led to difficulties in terms of adapting the game to a new set of rules which are compliant with Covid-19 guidelines. We were lucky to have the opportunity to get together for training once before the first match, though the weather was so awful that this was relatively short. We know from speaking with other captains that not all colleges have had the chance to train at all.

Meanwhile, the social side of college sports has almost completely died off, meaning this aspect of team building has been lost. However, now the team is set up, it has led to more participation as people are more willing to try something new as a means of meeting new people and getting this different opportunity. There is also the prospect of a sports social, although in usual times, there would be a college sports formal too.

What do you think is important about college sport in a smaller college such as Merton?

Sport is massively important for people’s mental well-being, and at any college in Oxford the stress of the degree and pressure to succeed makes support for people’s welfare even more important. Merton isn’t the sportiest of colleges (we pair with Mansfield for the majority of cuppers to form the incredible M&Ms sports teams), so any opportunity to have this more social (and healthy!) interaction is really nice, especially after the hardship and difficulties many students faced last term.

Merton isn’t the sportiest of colleges; we pair with Mansfield for the majority of cuppers to form the incredible M&Ms sports teams

What are you looking forward to now the team is set up?

It will be great to organise some socials for the team so we can meet more people and get them involved. The atmosphere during training is fantastic, and there is an anticipation for some of the students who have stayed home until the 17th to get back. Also, it is great to just be playing the sport again, after such limited opportunities to play netball this past year; just being out on the court again has made such a huge difference, no matter the weather.

Do you have any more future plans?

We are hoping to potentially enter more teams into the cuppers league next year, with a possibility of merging with Mansfield. In addition, we are looking forward to organising some club socials now things have opened back up again. The future of Merton Netball is bright (even if we’ve only won one match so far).

Is there anything that can be done to better support college sport?

From our experience the support from the college and the university has been great in terms of facilitating the restarting of our netball team. The Oxford University Club itself has helped set up the cuppers league and given us greater motivation to get this team off the ground.

It would be great if there was more funding available. We are hoping to get some college kit at some point which would be really helped by this. The main thing is getting people involved or willing to set something up- if you are willing to take the initiative, the support is there, but you have to take the first step.