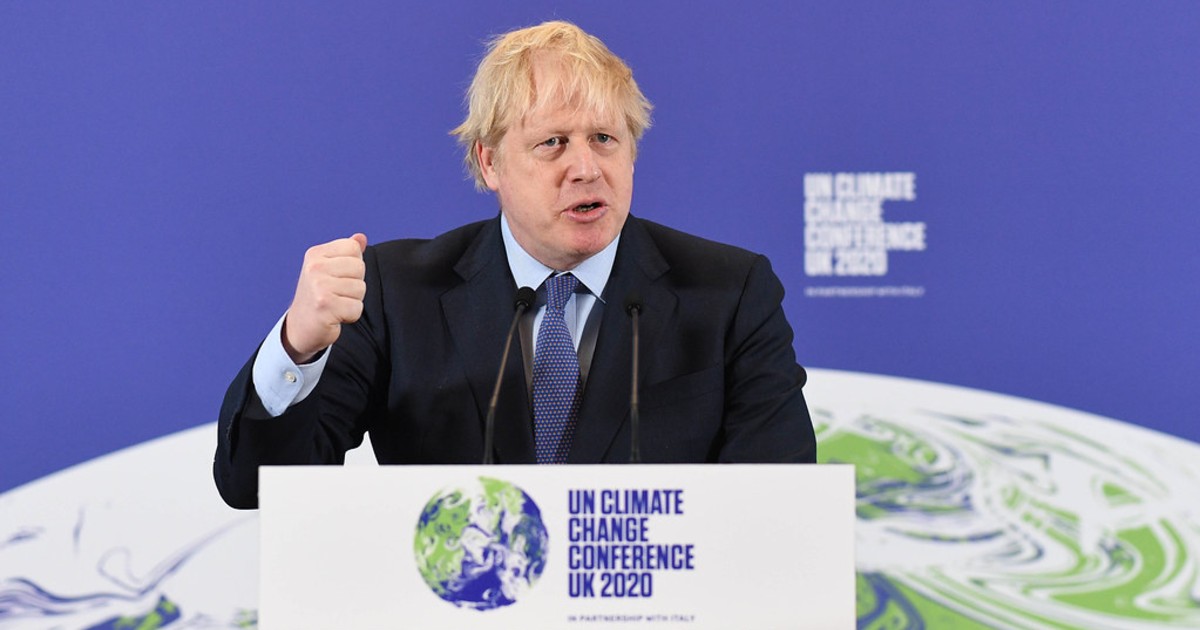 The rocky road to COP26: the problems facing the latest UN climate summit

Image description: Boris Johnson standing behind a podium advertising the UN 2020 climate change conference. The background is blue and features an artistic impression of the Earth.

November 2020 was supposed to be the month when the eyes of the world would be on Glasgow for arguably the most important conference on climate change the planet has ever seen. Like many events scheduled to take place in 2020, it was delayed and a new date was chosen for 2021. But, six months away from the rescheduled COP26, matters surrounding this crucial meeting of nations are still swirling with uncertainty and controversy.

COP26 is the United Nations’ 26th Conference of the Parties concerning climate change. The first conference took place in 1994, when a number of countries signed the United Nations Framework Convention on Climate Change (UNFCCC). Since then, representatives from countries all around the world have gathered on an annual basis to discuss global approaches to tackling climate change and carbon emissions.

COP26 was supposed to take place in Glasgow in November 2020. But the coronavirus outbreak led organisers to announce in May that the conference would be postponed until November 2021. Many had hoped that the pandemic would be sufficiently under control to allow the meeting to take place in person. However, fresh waves of virus outbreaks and slow vaccine rollouts, both in more developed countries but particularly in poorer parts of the world, have led to doubts over whether an in-person event is a realistic – and prudent – possibility.

One vocal critic of an in-person conference at this time is the Swedish climate activist, Greta Thunberg. The 18-year-old, known for founding the Fridays for Future movement in 2018 (also known as the School Strike for Climate), has expressed concern over current plans for COP26. She claims that an in-person attendance policy will discriminate against representatives from poorer countries where vaccine rollouts are currently lagging behind. Rather than moving the conference online, Thunberg believes that the conference “should be postponed” until all countries can participate on an even footing. She herself will not be attending, should the talks go ahead as planned.

If COP26 does take place in Glasgow in 2021 and Thunberg makes good on her intention not to attend, the loss of this very significant figure (and others, should they follow her lead) could have a damaging impact on the conference’s public image.

If COP26 does take place in Glasgow in 2021 and Thunberg makes good on her intention not to attend, the loss of this very significant figure (and others, should they follow her lead) could have a damaging impact on the conference’s public image. Thunberg’s appearance and speech at COP25 in Madrid in 2019 arguably played a key role in boosting the event’s publicity among mainstream audiences. Without the involvement of prominent, non-political personalities, COP26 might deepen existing divisions between climate activists and policymakers.

The obvious solution to these concerns might seem to be an online conference. Yet there are multiple concerns surrounding this suggestion. Firstly, some developing countries feel that they lack the necessary technological infrastructure to hold meetings online in a reliable manner. On a psychological level, too, there is a real possibility that more developed countries will steamroller less influential nations, letting the latter’s concerns go unheard. Fundamentally, negotiating such important issues via video call is far from ideal. As many university students will agree, the online environment is not the most conducive to genuine and thought-provoking discussions. Many argue that the subtle arts of diplomacy will be lost, thus affecting the outcome of the conference and the sense of positive collaboration that negotiators at past talks have worked so hard to create.

The organisers of COP26 have called for the prospective participants to attend a three-week-long virtual meeting from mid-May to June, to start negotiations and began to address the issues which are expected to be most controversial. Any official decisions will still need to wait until an in-person meeting can be held.

Besides the debates concerning the timing and location of the conference, there is also significant discussion about whether COP26 will be successful in achieving its goals.

Besides the debates concerning the timing and location of the conference, there is also significant discussion about whether COP26 will be successful in achieving its goals. Five years on from the Paris Agreement, it is becoming clear that countries are not doing enough to meet the targets they set for themselves at COP21. The fixed goal was to limit global warming to 2, preferably 1.5, degrees Celsius during this century. This would require countries to drastically reduce their carbon emissions. Yet whilst in 2015 the global output was 50 billion tonnes, by 2019 the annual figure had increased to 55 billion tonnes.

This is a long way from the numbers scientists and politicians had hoped for, and now means that countries will have to slash their emissions through even greater initiatives in order to meet their targets by 2030. Managing to persuade all participants to commit to plans to achieve these reductions will be a tricky feat – and much of the responsibility for this will fall on the UK, as joint host of the talks.

However, there have been some promising signs that, should it take place this year, COP26 might have some success. After four years of having a president in office who denied the existence of climate change, the election of President Biden in 2020 was seen by many as a positive step in US policy towards the issue.

In a virtual conference of 40 world leaders in April 2021, Biden made several significant pledges. Not only did he announce his aim to cut US emissions in half by 2030, he also promised to double financial aid to countries that might otherwise struggle to meet the cost of “green” policies. This latter pledge is particularly significant, as many countries lack the financial resources to tackle climate change successfully.

Although it is (in normal years) an annual event, the 26th UN Climate Change Conference is particularly significant because it marks five years since the key meeting in Paris. According to this agreement, by 2020 countries should have laid out “climate action” plans in order to meet the goals set out back in 2015. The talks in Glasgow will be one of the first indicators of whether or not political mechanisms and conferences are a viable means for instigating effective change regarding the climate crisis.

It might seem like just another meeting of politicians in black and navy suits. But this might just be the conference that makes – or breaks – our global approach to tackling climate change.