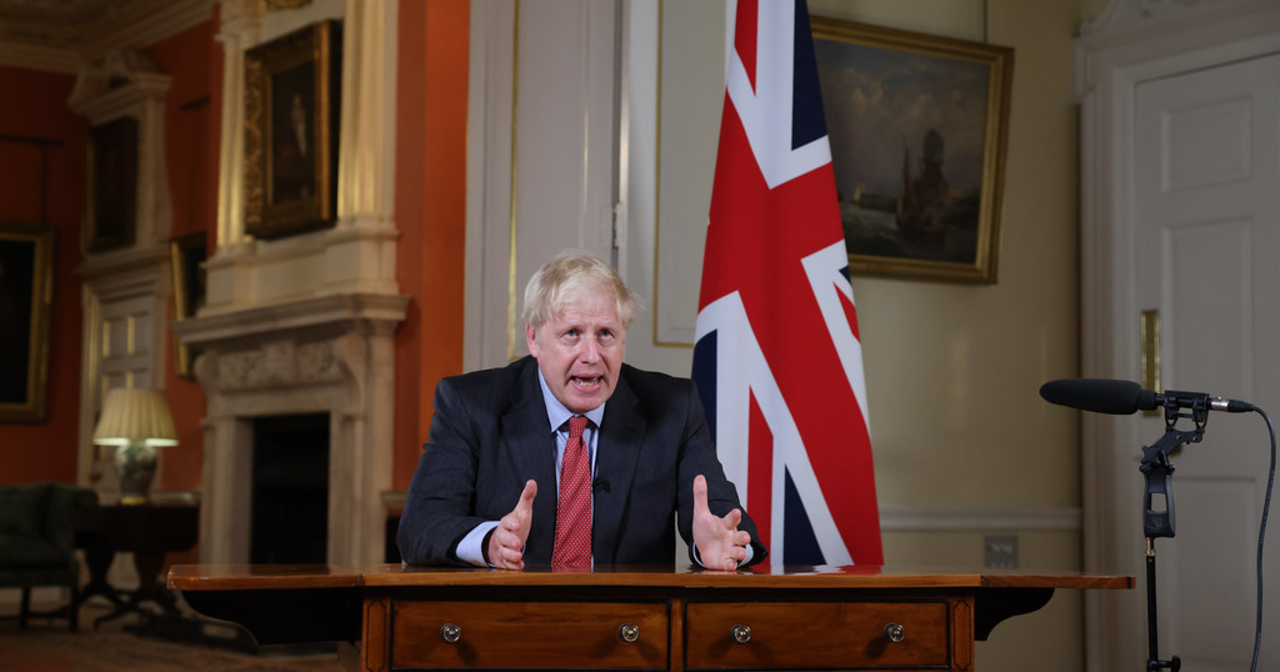 DEBATE: Labour should focus on Greensill

Image description: Boris Johnson speaking while sitting at a desk, in the background is a large UK flag

Plans to create a breakaway European Super League were likened to a “cartel” by Prime Minister Boris Johnson, who assured fans that the government would not stand by while a small handful of owners create a closed shop”. The Prime Minister took a hardline in reacting to the now-failed footballing revolution, promising staunch action on the plans, which would accelerate the commercialisation of the game and give a selection of clubs undue power and profit.

These telling comments make Johnson’s style of leadership and governance somewhat hypocritical. Information leaked to the media this week revealed that Johnson conducts business in a manner not dissimilar to a “cartel”; a select group of allies get undue and undemocratic influence to government and prime minister. Most recently, James Dyson of the vacuum company Dyson, got caught up in the row after text messages between him and the Prime Minister were leaked. The messages reveal Johnson assuring the businessman that he would “fix” tax issues surrounding the company’s tax status, before calming Dyson’s concerns with the assurance, “I am the first lord of the treasury and you can take it that we are backing you to do what you need”.

Labour’s Lucy Powell described it as “jaw dropping” and party leader, Kier Starmer, described it as the return of “Tory sleaze”. This allusion to the scandals of the 1980s and 1990s harks back to an era when the perception that the Tories were swayed, and to some extent fuelled, by private interests and greed was somewhat widespread. But, the truth is that the latest twist in the lobbying scandal is neither “jaw dropping” nor the “return” of sleaze- Conservative corruption and governing as a “closed shop” is nothing new. Tory sleaze didn’t go anywhere.

Whilst the most vulnerable bore the brunt of the Covid-19 pandemic, evidence has emerged that Conservatives enriched themselves and their acquaintances through “cronyism”- a synonym for corruption. The campaign group Transparency International UK has found that one fifth of government contracts during the period February-November 2020, the first wave of the Covid-19 pandemic, raise “red-flags for possible corruption”. Health Secretary, Matt Hancock, is also reported to have had a hand in the awarding of NHS contracts to a company owned by his sister that he also has shares in. Where many suffered unimaginable pain, the Conservatives saw opportunity and gain.

The row over corruption and access to politicians was thrust back into the spotlight, by the lobbying of Chancellor Rishi Sunak by former Prime Minister David Cameron on behalf of the company Greensill. However, it has become apparent that the Conservative’s corruption extends beyond this episode. Most recently, questions have been raised over the financing of refurbishment to Johnson’s flat, following a blog post by former advisor and Barnard Castle enthusiast, Dominic Cummings. The blog post claimed that Johnson arranged to have donors pay for the refurbishments in secret, potentially avoiding laws on declaring donations and expenditure.

Polling recently found that 40% of voters think the Conservatives are untrustworthy, whilst 70% felt the text messages between Johnson and Dyson were unacceptable. Allegations of “sleaze” and corruption have recently erupted in the media, but in truth, they seem an ingrained part of Conservative governance.

The catalogue of Conservative corruption: governing as a “cartel” and “closed shop”, is large and plentiful. The Prime Minister should question, therefore, why he believes European football should be free from private millions and corporate greed, but the UK government should not.

There has been a lot of noise in recent weeks about cronyism in the Conservative Party: ministers handing out contracts to their friends, tax breaks to billionaires. It has been the main line of attack by the Labour Party, but this has led the party to underwhelming local election results. In the context of a ‘vaccine bounce’ in the polls for the Tories, the 6th May didn’t deliver the worst outcome for Labour but the corruption angle certainly wasn’t the administration defining scandal that some on the left had expected.

Ronald Reagan famously wrote “If you are explaining, you’re losing” and the ever-deepening complexity of this cronyism debacle requires explanation. Perhaps a more gifted rhetorician than Starmer could make it seem like an open and shut case of malpractice but the fact is that people don’t understand and as a result, they don’t care.

Beyond this, the electorate expect politicians to be shifty, and on some level they even value it. People are seeing the Machiavellian untrustworthiness as an ability to secure a good deal. The expenses scandal was a watershed in public perception of MPs but the culture of deference has been on the decline since long before 2009. Labour have not had much real success with their attacks on cronyism because the other side can simply point across the aisle and say ‘you are doing it too’.

The framing of the attacks has been weak; this is not “a return to Tory sleaze” or “the same old Tories,” most people don’t even remember those charges being levelled at the Major government and this certainly isn’t the same party. This is a new ‘tax and spend’ Tory party full of social conservatism and cultural brinkmanship, it isn’t defined by its relationship to the establishment and is under no pretences of going ‘back-to-basics’. As a consequence, accusations of impropriety simply don’t land with full force. In other words, Tory corruption and scandal isn’t a vote swinger, simply because it’s exactly what we expect.

Crucially, while these accusations are distasteful and the behaviour of senior Conservatives has been inappropriate it isn’t clearly against regulations. Although David Cameron can claim £115,000 to run his office as former Prime Minister he is still ostensibly a private citizen who can contact who he wants. Monitoring one person’s private correspondence is a slippery slope, whoever it is.

The clearest example of a Tory politician directly benefitting from a contract is Matt Hancock’s shares in his sister’s medical waste disposal company which was approved for business with the NHS. However, he declared his shareholding and family connection was declared openly; it is true that there is one rule for public sector employees who would not get away with this behaviour, and another for politicians, but this is a system endorsed equally by the Labour Party and so the line of attack is weakened.

Greensill is not the scandal you think it is, it is unfair that politicians can exploit their position for personal gain but it is the way the system is set up. There’s not a lot to suggest that Greensill couldn’t have happened in the same way under Starmer’s leadership in this same system. It hasn’t and will not be productive for the Labour Party to focus their opposition to the government on this topic. Starmer should focus on his relative strengths and not the perceived weakness of the Conservative Party, while his cross-examination on the issue has produced results in PMQs, it isn’t having the same effect at voting booths. The establishment is shaken and scandalised, the public, not so much.