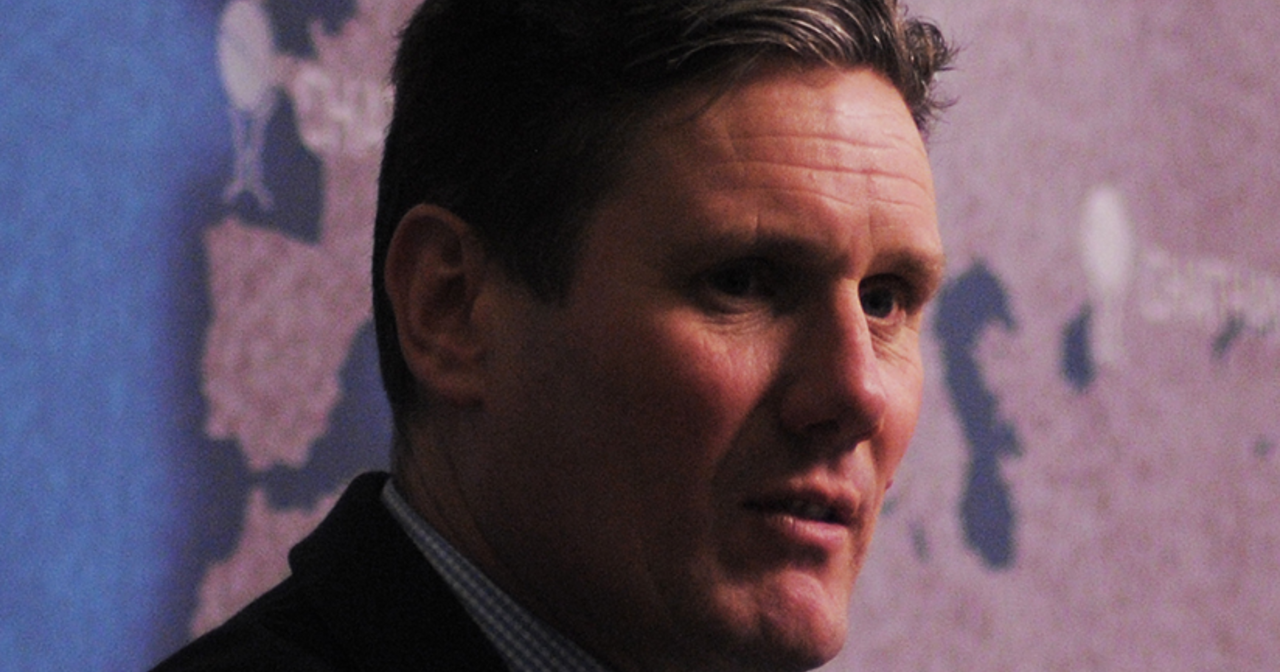 Image Description: A close up of Keir Starmer’s face

I take full responsibility-  Keir Starmer’s words in the aftermath of Labour’s loss at the Hartlepool by-election and a disappointing performance at local elections across the county. Yet, less than a day later, rumours were circulating that Starmer was moving to sack Deputy Leader, Angela Rayner, apportioning her a significant amount of the blame in her role as party chair and national campaigns coordinator. On Monday, he began a reshuffle of his shadow cabinet, sacking Shadow Chancellor, Anneliese Dodds, and demoting Rayner. In the first test of his leadership, Starmer failed; his promises to provide “effective” opposition to the Tories and to take responsibility for the party’s fortunes both lie in tatters.

Starmer won the Labour leadership election last year representing a contradictory set of ideas. Offering voters a return to the political centre-ground and mainstream, the former Shadow Brexit Secretary offered a break from three years of Corbynism. Equally, whilst promising this shift in the party’s ideological positioning, Starmer presented himself as the candidate to deliver stability and offered poised, composed opposition to Boris Johnson’s bumbling premiership. His leadership campaign was thus predicated on promises of both a dramatic shift and providing stability and calm. Perhaps this complicated and contradictory set of pledges should have alerted Labour supporters and voters of what was to come: dramatic, wide-ranging and slightly chaotic changes concealed behind a façade of calm.

Starmer seemed to calculate that dismissing and degrading BLM would chime with the socially conservative white voters that Labour lost in the 2019 election.

Since then, Starmer and his leadership of the Labour Party have been pulled in different directions and caught in the crossfire of different ideas. During the eruption of global Black Lives Matter protests, following the murder of George Floyd in 2020, Starmer appeared on national television and described the Black Lives Matter movement as a “moment” and calling demands to defund the police “nonsense”. In a clear attempt to distance himself from the more leftwing and radical element of his party, he appeared on TV and espoused a moderate and even degrading stance. This was of course in spite of Labour’s historic commitment to racial justice and the fact that a ‘moderate’ approach cannot be taken to bring about racial equality. Starmer seemed to calculate that dismissing and degrading BLM would chime with the socially conservative white voters that Labour lost in the 2019 election.

In recent months, as the pandemic has slowly started to come to a halt, Starmer has however seized on the controversy surrounding Conservative scandals. In his terminology, branding this the “return of Tory sleaze”, Starmer is attempting a political throwback to the second half of the twentieth century, in which the Conservatives were more clearly delineated as the party of the elite and Labour as the party of working people.

At the 2019 election, the ‘Red Wall’ crumbled, as working-class voters in post-industrial towns abandoned a generations-old allegiance towards Labour for Johnson’s Conservatives. The rhetoric of Tory sleaze harks back to an era long before, when this kind of class dealignment would have been unthinkable. It represents an attempt by Starmer to prove to working-class white former Labour voters that the Conservative Party has not progressed from an era of corruption and it is not their party. Significant energy and thought have evidently been given by Starmer and his team to winning over this formerly traditionally Labour demographic, harking back to an era when party lines and class allegiances were far more clearly and rigidly drawn.

The Hartlepool by-election was meant to be a test of how far Labour could fight back in these ‘Red Wall’ areas and whether Starmer’s overtures towards the voter demographic would be successful. The by-election and local elections ended up being a fairly damning indictment. Not only did Labour lose Hartlepool by a sizable 7,000 votes, thereby suggesting Starmer’s careful moderate approach is failing to win Labour’s ‘traditional’ voter base back over, but the Conservatives gained in the local elections. By the time the results had drifted in from various authorities across England, the electoral map was overall fairly blue, save for a smattering of red in the northwest and a few red dots across the rest of the country.

In the aftermath of the elections, various Labour figures appeared in public and claimed that voters did not know what the party stood for. Yet, this was of course the charge levied against Jeremy Corbyn in the aftermath of the 2019 general election; that voters did not understand the party’s position on Brexit (note, Starmer was then the Shadow Brexit Secretary) and those who did understand were afraid of the radical ideas on offer. Labour is now not offering anything radical, but the same problem of voters not understanding and comprehending the platform the party is running on. The strong leadership that Starmer promised has not materialised.

Not only does the party no longer have a clear identity (it undeniably did under Corbyn), but it has taken a binary view to politics, believing that in order to appeal to one constituency another must be alienated and even insulted.

Whilst he has not managed to win back ‘Red Wall’ voters, Starmer equally risks alienating left-wing metropolitan voters. Part of Starmer’s strategy to win back the traditional white working-class voters Labour is seen to have lost in 2019, seems to have been to visibly distance himself from these more left-leaning constituencies. From seemingly blocking the selection of leftwing socialist candidates standing for Labour and attacking leftwing Constituency Labour Party’s (CLP), to engaging with outright racism and sacking progressive MPs from his shadow cabinet for voting against him, Starmer has been making high-profile moves to push the party further towards the centre.

The problem is therefore that this centrist manoeuvre of distancing the party from the Corbynite left did not work in terms of winning back Labour’s ‘Red Wall’ voter base. And, whilst Starmer continues to pursue a policy and style of leadership along these lines, he risks taking more left-wing supporters for granted.

The truth is, no matter how calmly Starmer presents himself or how softly he asserts that the party will come back stronger, the Labour Party is in crisis. Not only does the party no longer have a clear identity (it undeniably did under Corbyn), but it has taken a binary view to politics, believing that in order to appeal to one constituency another must be alienated and even insulted.

Behind a calm, polished façade Keir Starmer and his leadership are in chaos, unable to determine what it stands for and who it represents. The local elections and by-elections should be a warning to Starmer that he cannot continue down this ambiguous route of non-committment. The result is confusion for voters and a dangerous lack of clarity and mistrust about who and what the party stands for. Starmer is fooling no one by taking a hazy and cloudy approach to ideology and leadership. “Effective opposition” must be grounded in the here and now; it cannot hark back to an age gone by, nor can it take Labour’s contemporary core voters for granted. Clarity, conviction and honesty are needed for the Labour Party and its leadership to move forwards.