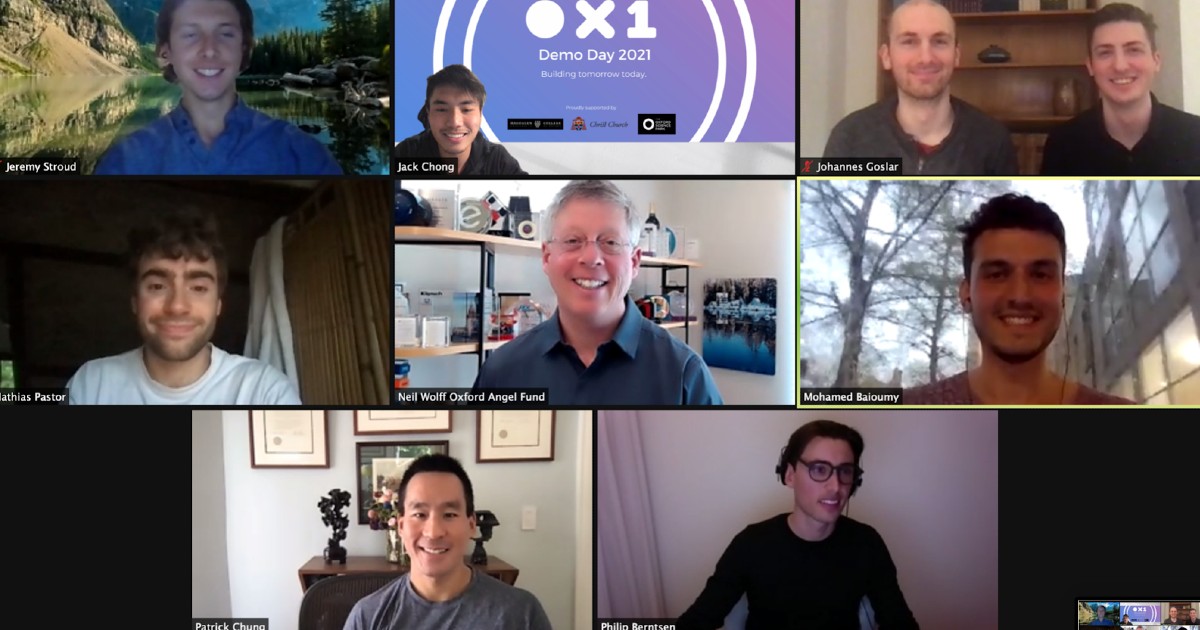 Image Description: a Zoom meeting of the judging panel.

Oxford student start-ups have won more than £20,000 in grants sponsored by Magdalen College and Christ Church. Eight start-ups competed for the funding, which was decided by a panel of venture capitalists.

After eight weeks of workshops, training and mentorships, eight teams pitched to a panel of venture capitalists on the 3rd May. Start-ups included a rental platform for personal care tech devices, a personalised skincare recommendation platform and a project-based mentorship platform to scale up European tech talents.

The winning teams won over £20,000 in prizes. Flowtoro Hydro, a due diligence and discovery SaaS tool for small-scale hydropower projects own the Magdalen College grand prize, worth £10,000 and £5,000 in kind from the Oxford Sciences Park. Bike Ads, bringing performance marketing to the real world, won £5,000 in the form of the Christ Church S. S. Chang Memorial Prize. Morlo AI – data labelling with social purpose, won £3,000.

Jeremy Stroud, from Flowtoro, commented on his team’s win:

“The OX1 process also prompted me to incorporate a more rigorous method of scrutinizing standard business and behavioural practices.“

“The OX1 experience was critical in validating the belief that ideas that students form could potentially have a real impact on the future.”

“It’s important that we facilitate the exploration of peculiar ideas rather than dismissal, and I think the incubator did an excellent job at that.”

Jack Chong, President of the OX1 Committee thanked the committee for the hard work that they’d put in, and expressed that he hoped that the Demo Day would continue to encourage students to come forward with new ideas.

“The Demo Day is the culmination of hard work over the past academic year. Our committee has put in many hours to plan a program of workshops for our cohort. We are very honoured to celebrate our Oxford startup talents. Equally important, we need to also celebrate failures. It is the process of ideation, talking to customers and rapid prototyping that matters. The outcome does not matter as much. Move fast and fail fast.”

“I really look forward to next year’s cohort. OX1 is here to kick start the pre-seed startup landscape.“