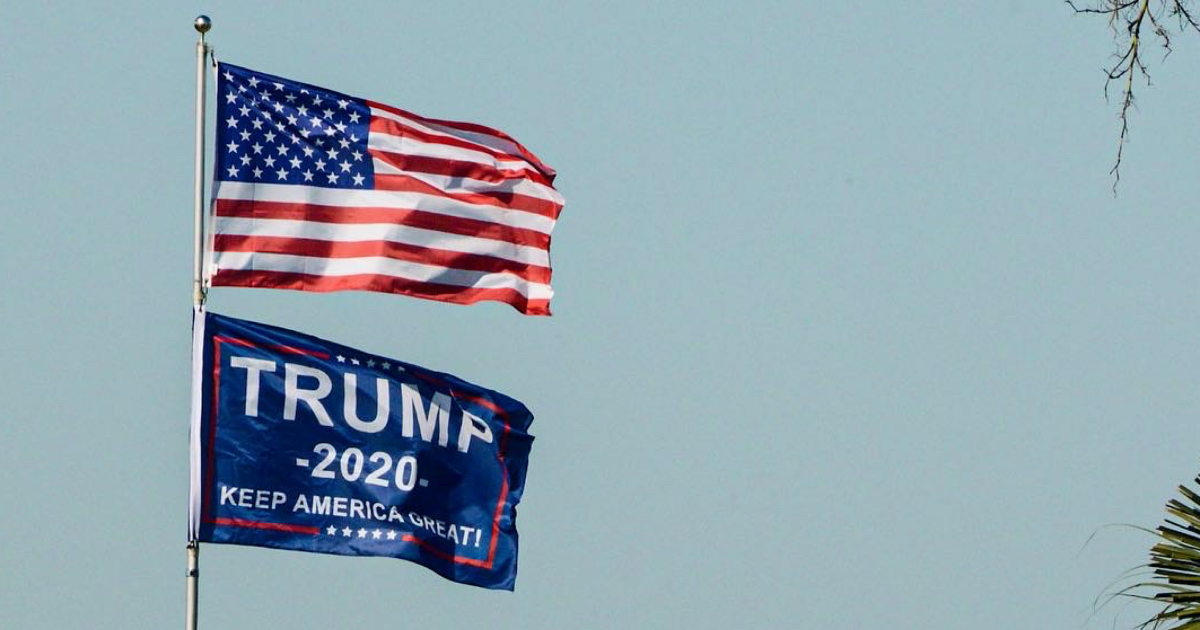 Liz Cheney: The final whimper of the GOP

Image Description: a pole with a USA flag flying, and a flag below it reading “TRUMP 2020 keep America great!”

Abraham Lincoln, Theodore Roosevelt, Ronald Reagan, Donald Trump. What do all these men have in common? They were all Republican US presidents. That is it. Lincoln was the leader who fought against slavery. Roosevelt was the national park loving, anti-monopoly crusader. Reagan was the anti-communist, Christian conservative. Trump was the president who held no value, bar his own personal self-interest. He holds no values besides this and cares about nothing and no-one apart from, perhaps, his daughter Ivanka. On January 6th, the day of the storming of the US Capitol, we saw the culmination of this value Trump cares so deeply about. His narcissism, against the values of the United States and the GOP. The United States survived. The Republican Party may not.

Liz Cheney, Wyoming congresswoman and daughter of Vice-President Dick Cheney, saw the riots and was horrified. Her loyalty to President Trump had been unquestionable up until this point – her voting record supported Trump 92.9% of the time. However, she took a stand and voted for his impeachment stating that Trump “lit the flame of this attack” and that “there had never been a greater betrayal by a President of the United States.” Democracy had been attacked and she was going to defend it as any decent Republican would. Nine other Republicans joined her out of a possible 207. Nevertheless, once Trump was away and when time had washed away the fanatic elements of the GOP, surely Cheney would be heralded as the new way out of the dark days of Trumpism and back to her version of the GOP – one of neoconservatism. Four months after her announcement that she would vote to impeach on May 12th, she was recalled from her powerful position as Chair of the House Republican Conference.

The United States survived. The Republican Party may not.

To some, this signals the start of an all-out civil war for the post-Trump mantle: the Trump wing of the party against the old guard, the remnants of the Bush-Cheney conservatives and traditional Republicans. The reality is that the party is, due to electoral convenience, wholly united behind Trump. In February, in the aftermath of the riot, a majority of Republicans said they would vote for Trump in a presidential primary in 2024, should he run again, and almost 60% wanted him to have “a major role” in the future of the party. The electoral calculus for Republicans is that they need to win their primaries, in which a significant majority of their voters support Trump, to continue to be elected for their current and future offices, regardless of the wider electoral consequences.

What are these wider electoral consequences? Completely avoidable electoral losses for the party. In 2016, they won a trifecta, the presidency, Senate and House, for three crucial reasons. Firstly, a working-class revolt against the Democrats due to the belief that they had been left behind by the party, and that their genuine economic woes were being overlooked. Trump, through his advisor Steve Bannon, tapped into this fervour with simplistic chants and anti-establishment populist rhetoric. Secondly, the suburban voters, typically associated with the Republican party, held their noses and voted for Trump despite disgust about his candidacy. Thirdly, the Democrats chose a historic but unpopular and divisive figure in Hillary Clinton who represented what working-class voters and suburban voters despised about the Democratic party. This formula is unlikely to come together in the same way again, though perhaps not impossible. In the 2018 midterms and the 2020 election, the Trump name became so corrosive that the trifecta won in 2016 had flipped to a Democratic trifecta in 2020.

There are those who are inspired by the conspiracy theorist, culture wars and the man who says it like it is: Mr Trump.

It is prudent, therefore, to understand what is so appealing about Trump to his base. Why are they backing Trump when he is such an electoral liability? I cannot speak for the entire base, but I think that there are two broad categories. There are the economically desperate people who heard his simplistic, economically illiterate solutions to the problems they were and still are facing. This included him blaming immigrants for economic uncertainty and spouting “America First” in a globalised free market. Then, there are those who are inspired by the conspiracy theorist, culture wars and the man who says it like it is: Mr Trump. This base is not inherently Republican – certainly not Cheney’s Republicans. In fact, the first half of the base is partially responsible for Trump’s 2020 defeat, with Biden drawing back enough of these voters who were disappointed with Trump’s trade wars, which hurt their bottom dollars, and his Tax Bill which filled the ultra-wealthy who have screwed them over time and time again. Without these two bases, it is incredibly difficult to win as a Republican.

The Republican party is, therefore, in a lose-lose situation. Lose their seats by drifting away from Trump, or lose elections whilst sticking with Trump. Trump’s lack of political identity, philosophy and concrete policies allowed him to win his first term as President. His inability to move beyond his ego and accept his loss leaves him and the GOP in a state of paralysis. Liz Cheney sees this, as I suspect many within the Republican Party do, but her attempt to shape the future GOP is ultimately futile. Liz Cheney wishes for a time where the Republican Party had ideals, policies and values. The conservative values such as small government, lower taxes, and a strong defence. You may disagree with these ideas, as I do, but no one can deny that these are conservative values. Instead, a significant core of GOP voters is more focused on conspiracy theories, culture wars and reverence for their unjustly departed leader, in their eyes. All style and no substance.

For, at the moment, there is no Republican Party. There is only the Donald.