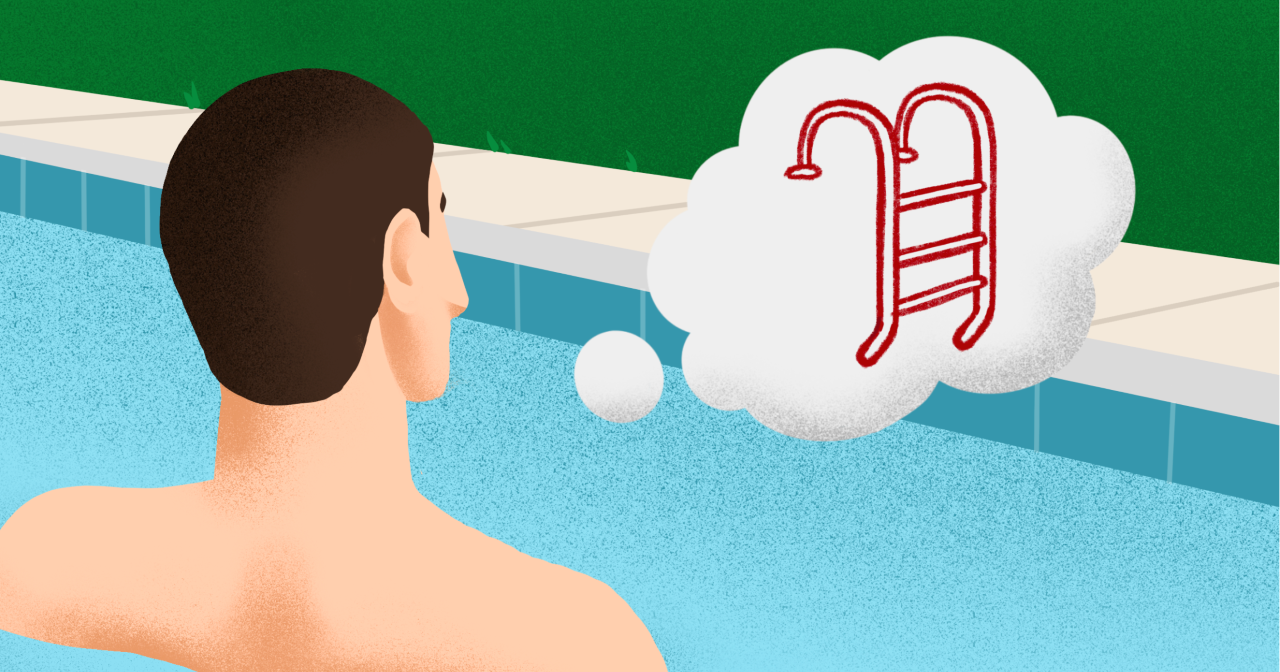 Your handy guide to killing Sims

Image description: A cartoon illustration of a person in a swimming pool with a thought bubble of a ladder

The Sims has taken on something of a special role in people’s lives during the pandemic. As much of the world is shut down, we can but reminisce about a time when we had the freedom to do cool things such as get impregnated by aliens, eat 10 grilled cheeses in a row (tempting as it remains) and marry people we met 5 minutes ago.

I, for one, reached a point last summer when I downloaded the ‘Get to University’ expansion pack for The Sims 4 just to remind myself what it was like to be able to walk around on a campus and go to classes…just writing that sentence out was a depressing exercise.

But above all, there is one distinctive feature to the game which people enjoy discussing more than anything else: death.

If you’re the sort of person who enjoys torturing a bunch of pixels on a screen in your spare time, then this list should hopefully serve you rather well. They will all be relevant to The Sims 4 in particular, where murder is notoriously more difficult to achieve than previous games. I will also stick to the base game without any expansion packs, so no explanation of ‘Rabid Rodent Fever’ will be given here, unfortunately. Most of all, I’ve tried to prioritise inventiveness; setting fire to stuff or leaving your Sim to starve to death in a box room is just too mainstream.

This first one is a little convoluted; bear with because the set-up is a little ‘fun’ and ‘quirky’ (if you find Sim murder ‘fun’ and ‘quirky’). Get the Sim levelled up in the rocket science and mischief skills, build a rocket ship in your back garden and stuff the exhaust pipe with a piece of fruit. Let some poor unsuspecting victim take a ride into space and BOOM. Bye bye little guy.

Something with which I have a lot of personal experience. Embarrassment can be a (often overwhelmingly) powerful emotion. What is particular about this method is that it requires multiple incidents of acute embarrassment within a period of time, which feels particularly cruel. “How do I embarrass a Sim?” I hear you heartless people ask. Well, my favourite ways include: walking in on a stranger when they’re having a shower or using the toilet, walking in on strangers WooHooing (we will come back to this), peeing yourself publicly and experiencing a wedding proposal rejection. Sounds like a good rom-com plot to me. Eventually, after becoming ‘mortified’ they will keel over.

I don’t want to beat about the bush on this one too much. You get two elder sims WooHooing in a bed until they die.

This one provides a good parable to anyone prone to doing things particularly dangerous or stupid within the home. Have some electrical appliances break, specifically a dishwasher and, say, a toaster. The dishwasher will produce a puddle. Stand in the puddle and start trying to fix it and make sure that you have a very low handiness skill before you begin. If you get a bit dazed from being electrocuted, just keep going until you get so shocked that you die.

Disclaimer – Please don’t try this one at home, kids.

Ah, the elusive Cow Plant. I don’t know why there is a Cow Plant in the game, or what one really even is (other than a plant that is a cow), but I am grateful for its inclusion. If you manage to find a Cowplant berry through fishing, keep it and cherish it. After you have planted it and let it grow to the adult stage, it will become hungry. After a while, it will get very hungry, and it will get crafty. A cake-shaped bait will appear and dangle from its mouth in an attempt to lure in its next dinner. Go on, don’t be shy. Eat the cake. There will be a 50/50 chance that the Sim will be gobbled up akin to how I treat a yumyum in Greggs. If it survives…repeat. Two nibbles at the cake ought to do the trick. So don’t be shy, try some more.