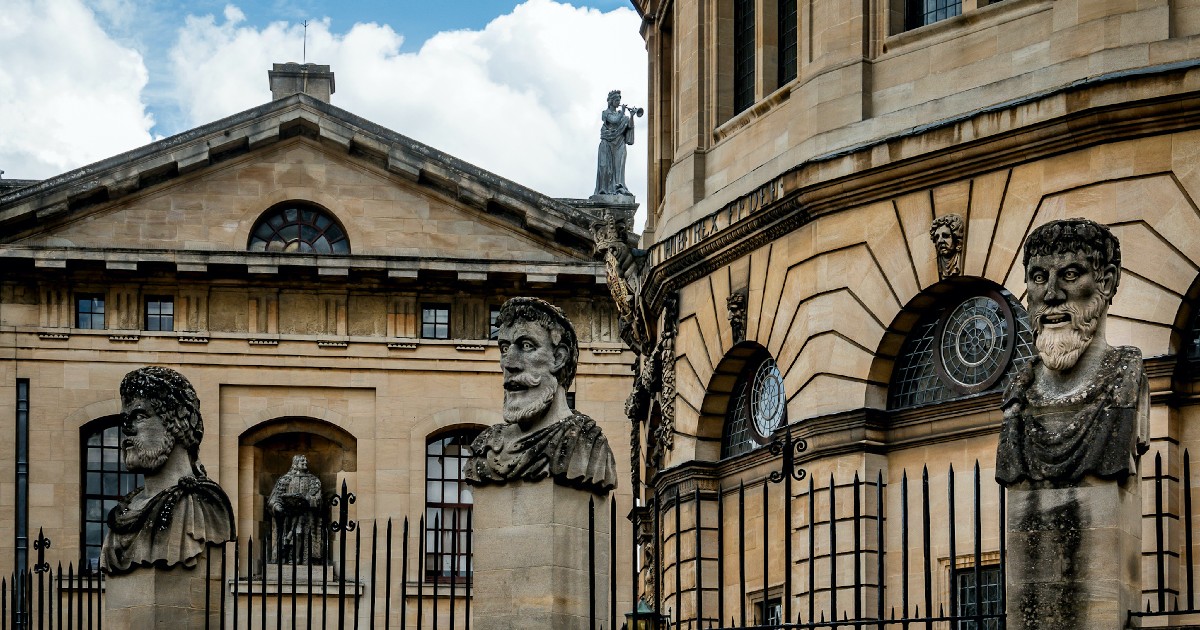 Oxford University (like Cambridge and other prestigious institutions around the world) has a reputation for very high standards in academics, sport, and other extra-curricular aspects of university life such as in student-run campaigns and societies. While they contribute strongly to the richness of Oxford life and to the University’s productivity, these immense expectations can, for many, be a double-edged sword. Pushed beyond healthy limits, both through intense academic workloads and self-imposed goals, students may find themselves at risk of developing academic burnout, high stress levels, loss of self-esteem, and mental health conditions such as clinical anxiety or addiction.

For most Oxford students a typical 8-week Oxford term consists of tutorial work, lectures, some form of departmental work, a busy social life, and some extra-curricular activity such as attending weekly meetings at one of the University’s 150-plus societies or competing in one of its sports teams. To fit all this in, students often either have to cut down on other activities that would allow them to recharge, cut down on sleep, or work faster. The U-Flourish Student Survey 2019 found that over one in five Oxford students reported sleep problems, while the Cherwell reports that over 15 percent of Oxford students use ‘study drugs’ like Adderall and Modafinil off-prescription to help them prepare for ‘exam and work deadlines’. Linked to the University culture’s expectation to ‘play hard and work hard’, there is also a culture of perfectionism within the University. Students who were previously the top achievers in their schools or colleges may find themselves struggling to keep up with the tough Oxford work. No longer able to produce ‘perfect’ work, they may find themselves questioning their ability and this can then have knock-on effects on their self-worth, mental wellbeing and overall university experience.

There is a severe issue with student mental health in UK universities, with staggering numbers of students reporting drug or alcohol abuse, thoughts of harming themselves, feelings of loneliness, or diagnosed mental health conditions. Oxford students are no exception to this trend, with the stress of keeping up with academic and non-academic life potentially exacerbating issues in affected students. The 2019 U-Flourish survey found that nearly one in three Oxford students binge drinks at least weekly. A Cherwell investigation also found high consumption of illegal drugs such as MDMA and cocaine amongst Oxford students, as well as high rates of smoking and drinking. University support for students suffering from addiction, as well as other conditions such as depression and anxiety, can vary widely. For many, University resources such as the Counselling Service and welfare support within colleges can provide invaluable lifelines. For some who struggle with mental and/or physical issues, however, support can be lacking, such as for a student at Magdalen College who wrote about her college’s lack of understanding and care when she developed ME (chronic fatigue syndrome) in the third year of her course.

Pushed beyond healthy limits, both through intense academic workloads and self-imposed goals, students may find themselves at risk of developing academic burnout, high stress levels, loss of self-esteem, and mental health conditions such as clinical anxiety or addiction.

The intense pressure and expectations placed on students, combined with near non-stop work throughout the academic year (students are expected to prepare for college collections and catch up on the previous term’s learning during the Christmas and Easter breaks), can lead to emotional difficulties, burnout, and suspension of status or even dropping out. Oxford culture’s intense focus on perfect results and highly successful performances can also lead to certain academic and non-academic goals being placed above the wellbeing of individual students. When a member of one of the University’s boat clubs was raped by a male member of another Oxford team in October of last year, the student was reportedly pressured by a high-positioned member of staff who was more concerned about the risk of “reputational damage” to the boat club and the possibility that the annual Oxford-Cambridge annual boat race might “be cancelled” than about that student’s personal dignity and mental and emotional wellbeing.

Oxford University’s dedication to thorough, thoughtful, and high quality academic teaching and research and non-academic student activities provides students with many opportunities to learn and develop. However, there are also negative consequences to certain effects this culture can have. Student wellbeing may be put second or altogether ignored, a failure to live up to personal aspirations can lead to loss of self-worth and confidence, and students have been known to resort to drug or alcohol abuse to cope with the pressure. Exacting standards have helped make Oxford the centre of academic learning it is today but, when placed above the physical and mental health needs of students, and when there is an expectation that these standards will be fulfilled even when appropriate support is lacking, students are put at risk. It is the University’s responsibility to protect both students and staff from the negative consequences of its ‘work hard, play hard’ culture.