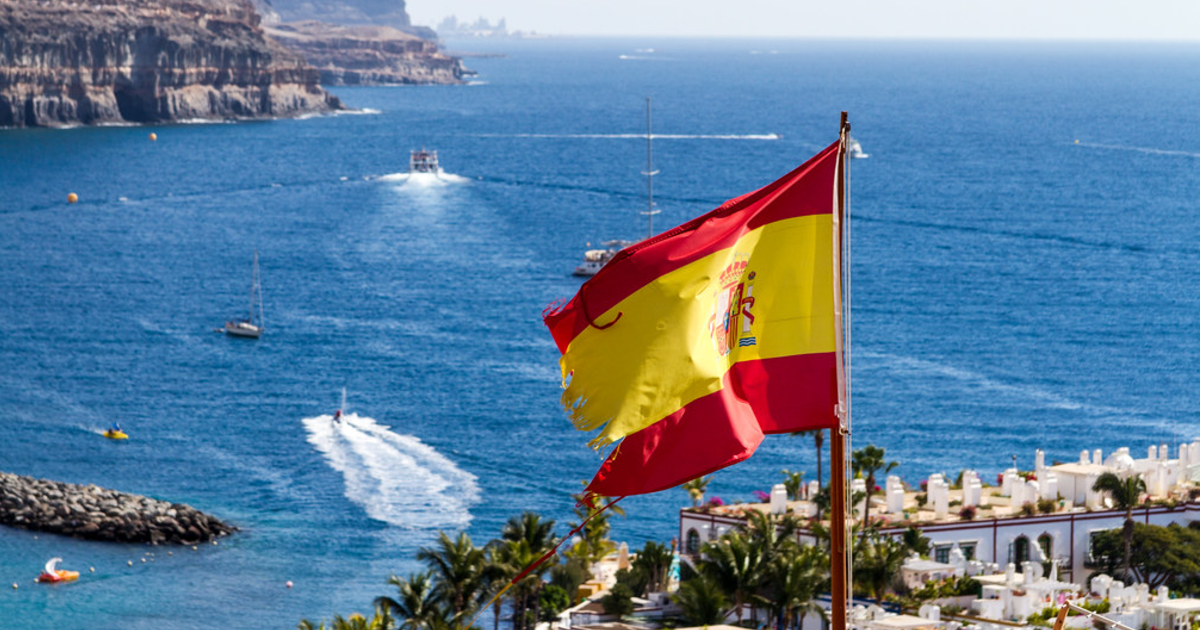 Bay for blood: the fallout of the Spanish migrant crisis

Image Description: Spanish flag flying over a blue sea on a sunny day.

Juan Francisco Valle, a Spanish diver, was propelled to the front of the news after a picture of him rescuing a baby off the coast of Ceuta caught international attention. Valle works for the Spanish Guardia Civil police force and spent the last week rescuing thousands of migrants attempting to cross the Mediterranean from North African to Spain, including 1500 minors. Valle stated that the child he rescued was ‘completely soaked and pale’ and ‘must have been very young because it was unable to hold its own neck… honestly, I didn’t know if it was alive or dead.’ The images emblazoned across the news of this pale infant being carried in the water are horrifically similar to photographs of three-year-old Syrian migrant Alan Kurdi, who drowned in the Mediterranean in 2015. The events of that year are repeating themselves: a migration crisis caused by scars of colonialism, annexation and imperialism prioritised at a tremendous human cost, a general apathy to the rights of migrants, and the stirring of xenophobia by the populist right. While the flow of migration across the Mediterranean has slowed in the last few days, the political fallout in Spain and across Europe could be catastrophic.

The crisis stemmed from Morocco’s frustration at Spain curtailing its expansionist ambitions in the Western Sahara. Morocco has occupied the southern part of the Western Sahara since 1975 following Spain’s withdrawal from the territory. In response to the annexation, the Polisario Front – the Popular Front for the Liberation of Sangria el-Hamra and Rio de Oro – was formed, seeking to establish an independent state in Western Sahara free from Moroccan rule. In 1975, Polisario proclaimed the Western Sahara to be the ‘Saharan Arab Democratic Republic’ (DARS), triggering military conflict with the Moroccan army. Western Sahara is home to many valuable resources, including 72% of all known global phosphate reserves; with these riches driving Morocco’s imperialist ambitions. The Western Saharan War officially concluded with the 1991 ceasefire, with the death toll reaching as high as 20,000. However, tensions remain, and Moroccan state officials still call for expansionism in the region. Two recent events have exacerbated these tensions: the first being the Trump administration’s recognition of Morocco’s claims to Western Sahara – the first and only Western nation to do so – in the hopes of normalising Moroccan-Israeli relations. The second being Madrid’s harbouring of Polisario leader Brahim Ghali in a Spanish hospital, to be treated for Covid-19. Moroccan legislator Youssef Gharbi described this as ‘the drop that made the cup spill over’ and a ‘stab in the back by Spain.’ Moroccan authorities consequently removed restrictions to migrants entering Ceuta and purposefully triggering the crisis in Spain. The grim legacy of Spanish imperialism combined with Moroccan expansionism brought about this human disaster.

Beyond the causes, Spain’s officials and political apathy has undermined the human rights of the migrants. The Spanish government prioritised forcibly returning the migrants back to Morocco without correctly assessing them. Rafael Escudero of the Spanish Network for Immigration and Refugee Aid said the speed at which migrants are being returned suggests Spanish officials are overriding their rights. Judith Sunderland of the Human Rights Watch concurred, arguing that the Spanish government have acted ‘contrary to Europe law and it violates international human rights and refugee law’. Spanish officials have rejected these charges, with the interior minister denying that unaccompanied minors are being deported, and that it was in the ‘best interest of the child.’ However, images of Spanish soldiers beating migrants, and violently detaining them shows that the rhetoric does not match the reality. Of the 8000 migrants who arrived, 5,600 have been forcibly sent back: Spain blatantly does not have these people’s best interest at heart.

The political implications domestically and internationally are significant, with far-right Spanish politicians moving immigration to the centre of the national debate. The far-right xenophobic Vox party immediately politicised the crisis, with Vox politicians describing the arrival of migrants as an ‘invasion’ and demanding that the government permanently militarises the border by constructing a wall. However, it is not just the far-right that has capitalised on the crisis, with politicians within the centre-right People’s Party seeking to gain from this culture war too. Leader of the right-wing People’s Party, Pablo Casado called for Prime Minister Pedro Sanchez to resign, labelling him ‘unfit for office’ based on his response to the crisis. Equally, insurgent People’s Party politician and head of the Madrid Assembly, Isabel Diaz Ayuso, sought to profit from the crisis. The so-called ‘Thatcher of Spain’ posted pictures on Twitter posing with the Guardia Civil and praising them for being ‘the ones who seek our freedom’. Diaz Ayuso’s landslide victory in the Madrid mayoral elections places her, and her radical right-wing agenda, in the prime position for national leadership. Although this crisis may be solved in the short-term, the long-term consequences are yet to be experienced. But the seeds for a shift to a far right, anti-migrant populism in the Trump mould seems entirely plausible. This migrant crisis is far from over.

“We carry scars from proxy wars of greed… We carry our islands sinking under the sea, We carry our hands, feet, bones, heart and best minds for a new life,”’ wrote poet Wang Ping in a moving poem from a migrant’s perspective and the pain they endure. Ping’s verses bring forth the essential horror of this situation: these are human beings simply looking for work and prosperity. The manipulation and vilification of them by politicians and the imperialistic agendas of nations like Morocco all bury the human tragedy of this story.