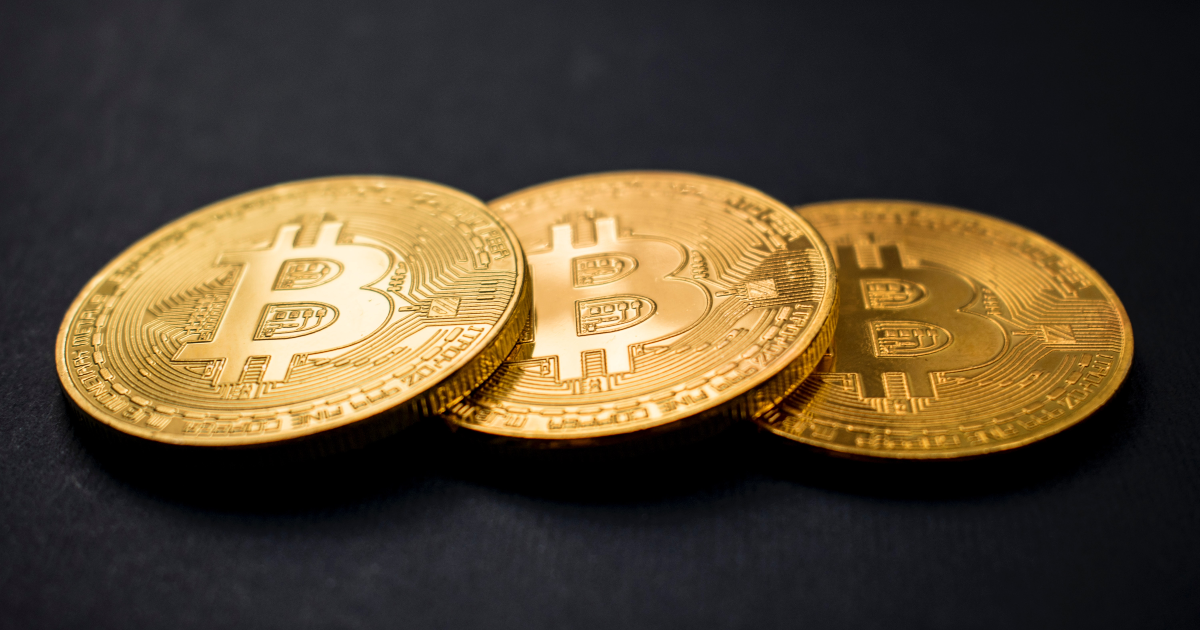 For many, the rise of cryptocurrency marks a method of returning financial power and security back to the people. The ability to take advantage of markets – which usually take advantage of us – has convinced at least 2 million British people, including some students, to invest in crypto and protect their money, safe with the knowledge that they control it. While it seems like a glamorously clever solution to problems that affect flat currencies such as fraud and sensitivity to inflation rates, the hidden ecological damage outweighs these anarchic benefits.

For the purposes of this argument, I am going to focus on Bitcoin, but part of cryptocurrency’s magic is that new ones are created constantly, a newer addition including one called ‘FuckElon’ that claims to be “community-focused” after Elon Musk denounced Bitcoin because of its environmental impact. Tesla no longer accepts Bitcoin.

I am not going to pretend to understand the intricacies of ‘bitcoin-mining,’ but a superficial explanation of it is enough to understand the environmental threat. One of the benefits of cryptocurrency used to be that anyone with an average computer could get access, but after its explosion on the market, this is no longer the case. Like flat currencies, there is a finite number in circulation. Now, to mine a ‘bitcoin,’ highly intelligent computers are needed to solve algorithm after algorithm, with the bitcoin being the prize for piecing the puzzle together. Any computer that is this intelligent and carrying out this level of mathematical problem solving needs energy, and a lot more than I need to write a half-hearted essay.

While there are claims that some computers use renewable energy, most use fossil fuels, and amounts of it that exceed the use of small European countries, according to multiple researchers. The Financial Times reported that Bitcoin mining uses approximately half as much electricity as the United Kingdom. Cryptocurrency is a brilliant idea, and a novel way to deal with the problems created by end-stage capitalism, but if we fail to account for its environmental impact, there will be no world to trade Bitcoin in.

The world around us is crumbling. Wildfires in Los Angeles, rapid melting of the thickest Arctic sea ice, and even thunderstorms in a British May should scare you. We humans love to laud ourselves over our creation and innovation on a planet that is now covered in spiky skyscrapers and is always lit up, but we’ve taken it a step too far. Bitcoin mining is a perfect example of human failure to step back and examine the structures we allow to preoccupy us. Constantly concerned with building the perfect society and the perfect tools to do so, we seem to too easily forget that with no planet to inhabit, there really is no point to any of this. Yes, cryptocurrency is a masterly response to traditional currency that controls us more than we control it, but it is destroying itself. Trading does not exist without a world to trade in. Mining does not exist without a world to mine in. Rebellion does not matter if there is no world to rebel in.

Cryptocurrency scares me. It shows the best and the worst of humanity at the same time. Ingenious and gleaming, it is restoring power to people, especially at a time when money, or a lack thereof, can literally kill people. Inconsiderate and greedy, it is draining the life from the ground beneath us. Anyone who knows me knows I adore protest, rebellion, and reclaiming in any form, and crypto fascinates me because of its mechanical mutiny, but this cost is too high and I don’t think I can invest in it.

Yes, Bitcoin uses electricity. You know what else uses electricity? Having a shower, posting on social media, and using your device to read this very article. The fundamental question is whether the benefits of using Bitcoin outweigh the costs that are necessary to maintain it, and whether the alternatives are any better. I believe the benefits that Bitcoin offers as being an alternative method of payment and store of value would be enough to outweigh the costs to the environment, particularly as much of the energy that Bitcoin uses is renewable or likely to be wasted anyway.

Bitcoin operates on the blockchain network. There will only ever be a maximum of 21 million Bitcoins ever produced, and they are released at a fixed rate. The Bitcoin network relies upon miners who are an essential part of the system. They use powerful computers to solve complex mathematical problems which release Bitcoin as a reward, whilst also verifying the transactions that have been made on the network. This robust system makes the network completely decentralised and immune from hacking, but does use a fair amount of electricity.

Whilst Bitcoin is a unique asset class, it is most often compared to gold as an alternative store of value. Compared to gold it is more easily transportable, divisible, and stored. Like gold, it is also scarce. Furthermore, the low rate of inflation makes Bitcoin more appealing than fiat currencies such as the US dollar. The federal reserve created $3 trillion dollars in the spring of 2020, meaning 18% of dollars in existence were printed last year. This has and will undoubtedly devalue the dollar in the long run. Bitcoin is also fully and fundamentally secure, making it immune to being hacked.

However, the recent 50% drop in the price of Bitcoin from mid-April to mid-May 2021 is an example of how volatile it currently is, which is a problem for bitcoin being used as a method of payment or store of value. Importantly, Bitcoin is still very much in its early days. As it continues to go mainstream, we will most likely see more individuals and companies investing in and holding Bitcoin, as Tesla have recently done, which will undoubtedly begin to stabilise its price.

Now on to the energy costs. The Cambridge Centre for Alternative Finance estimates that, annually, Bitcoin uses around 115.54 terawatt-hours (TWh). Importantly, that figure must be compared to what is used for gold and for the maintenance of the banking industry. DigitalMint COO Don Wyper calculates that gold mining uses around 131.9 TWh each year. In a Forbes article about Bitcoin’s energy usage, Lawrence Wintermeyer mentioned a figure of 140 TWh which is used to maintain the traditional systems of currency. Therefore, the amount of electricity that the Bitcoin network uses is not significantly different from what more traditional methods of payment and stores of value use.

Yet there is an important difference in bitcoin’s energy use. According to the global crypto asset benchmarking study released in September 2020, 39% of Bitcoin’s energy came from renewable sources. Since Bitcoin can be mined anywhere and at any time, the only thing that miners are interested in is keeping the electricity prices low, and since Bitcoin does not need a constant and reliable source of energy, renewable sources are perfect for mining. Furthermore, a significant proportion of energy that Bitcoin uses likely comes from energy that would have been wasted otherwise, such as from power plants that cannot be turned off, and which currently create a surplus amount of electricity.

Bitcoin seems to have some real value as an alternative method of payment to fiat currencies and store of value to gold. It is quick and easy to use, it avoids the dangers of having banks hold your money, and allows you to avoid the damage to the value of your funds that governments cause by excessively creating new money. The amount of energy that Bitcoin uses seems similar to that used for gold mining and for the system of traditional currencies, yet Bitcoin uses a great deal more renewable and surplus energy than its alternatives.