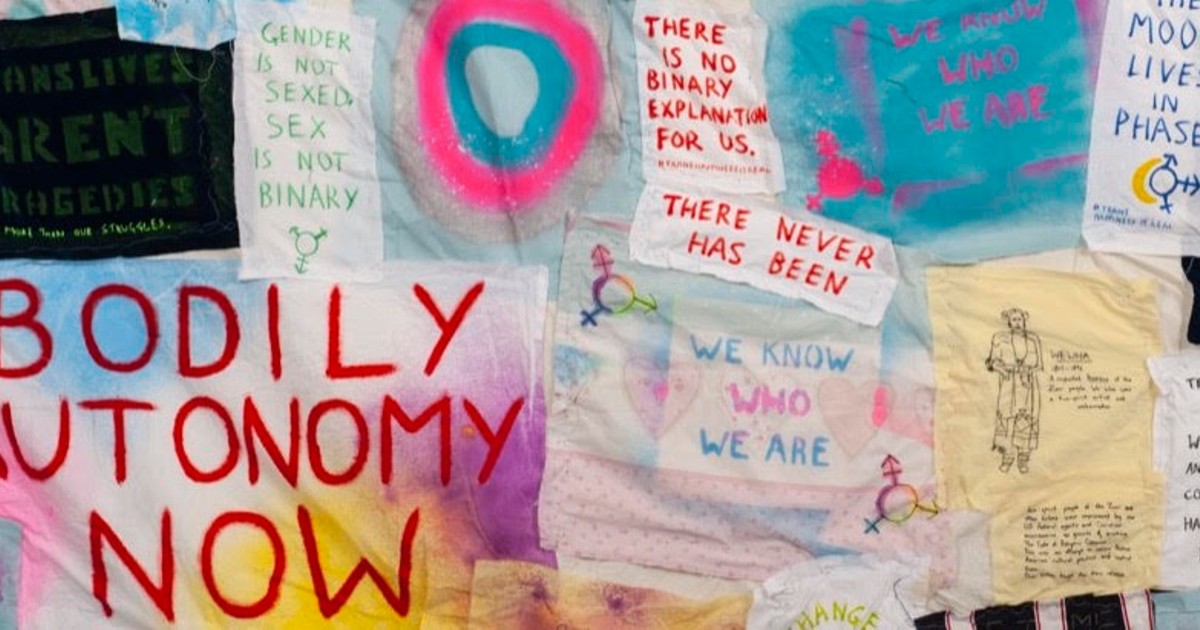 The Pitt Rivers Museum has opened a new exhibition titled ‘Beyond the Binary: Gender, Sexuality, Power’, as part of their commitment to stand as an ally with LGBTIAQ+ communities and to continue the process of opening up to new voices and perspectives. Supported by the National Lottery Heritage Fund, Beyond the Binary puts LGBTIAQ+ stories told by LGBTIAQ+ people at the heart of the Museum, from its public galleries to its digital databases. Through the exhibition, the Pitt Rivers Museum aims to celebrate the strength and agency of LGBTIAQ+ communities and support individuals and groups in challenging societal binaries around gender, sexuality and power dynamics.

This exhibition explores the lived experience of members of the LGBTIAQ+ communities, who co-curated the content, telling their own very personal stories. The exhibition looks at LTBTIAQ+ representation and ideas of gender, using material from across the globe and from many historical periods, including items from the ancient world. Objects and images selected from the collections are displayed alongside loaned and newly-collected contemporary artworks and protest ephemera.

The Museum regularly displays exhibitions on issues relevant to local communities, and has been working on the Beyond the Binary project with LGBTQIA+ community members since 2016. Co-produced with over 40 community partners, the exhibition was created by making the Museum’s collections available to help uncover and narrate deeply personal stories, challenging the conventional silencing of queer voices.

The exhibition is shaped around four sections: Indigenous Power, Countering Colonialism; Rituals and Identity; Representation and Activism; and Objects of Power. There is also a library space for additional resources and an area where visitors can provide feedback.

‘Indigenous Power, Countering Colonialism’ focuses on diverse sexual and gender identities that flourished before colonial laws and attitudes all but erased them, and how, despite the invading colonial ‘norm’, they survived and now thrive. Objects in this section range from a historic Native American octopus bag to a contemporary traffic light filter from New Zealand.

‘Rituals and Identity’ draws out common life experiences and rituals, such as marriage, becoming a parent and wearing clothes. This section asks visitors to think about how looking at familiar objects, such as baby shoes or a top hat, in new ways can reveal hidden histories and diverse identities, such as different types of family units and gender-fluid modes of dress.

‘Representation and Activism’ looks at how important it is for LGBTIAQ+ voices to control their own representation in spaces like museums. It advocates that museums should not speak about people but make space for them to present their own stories. This section covers contemporary LGBTIAQ+ activism, with striking artworks, including a phone box painted in the colours of the Trans flag.

‘Objects of Power’ shows a range of historical and contemporary objects, including well-known mythological and religious figures that might not have been considered queer originally but have been claimed as icons by the community, such as Francis of Assisi and Joan of Arc.

In a statement, the Pitt Rivers Museum said, “The Museum is not trying to represent this community but is making space for the people we have worked with to represent themselves. The Museum would never suggest it could represent one community. The people we have worked with represent only themselves and their own experiences, rather than representing an entire community. However, the Museum is creating space for a diversity of stories by working with members of the local and international LGBTIAQ+ to develop this display.”

“Museums are rooted in colonialism, and some histories and voices have for too long been ignored, erased or omitted. In a time of challenging politics – nationally and globally – the Pitt Rivers Museum is standing as an ally with LGBTIAQ+ communities around the globe. We hope this exhibition is a positive step in tackling oppression, which LGBTIAQ+ communities often feel in spaces such as museums. We will continue to make changes to our permanent displays and how we work with communities and partners after the project ends.”