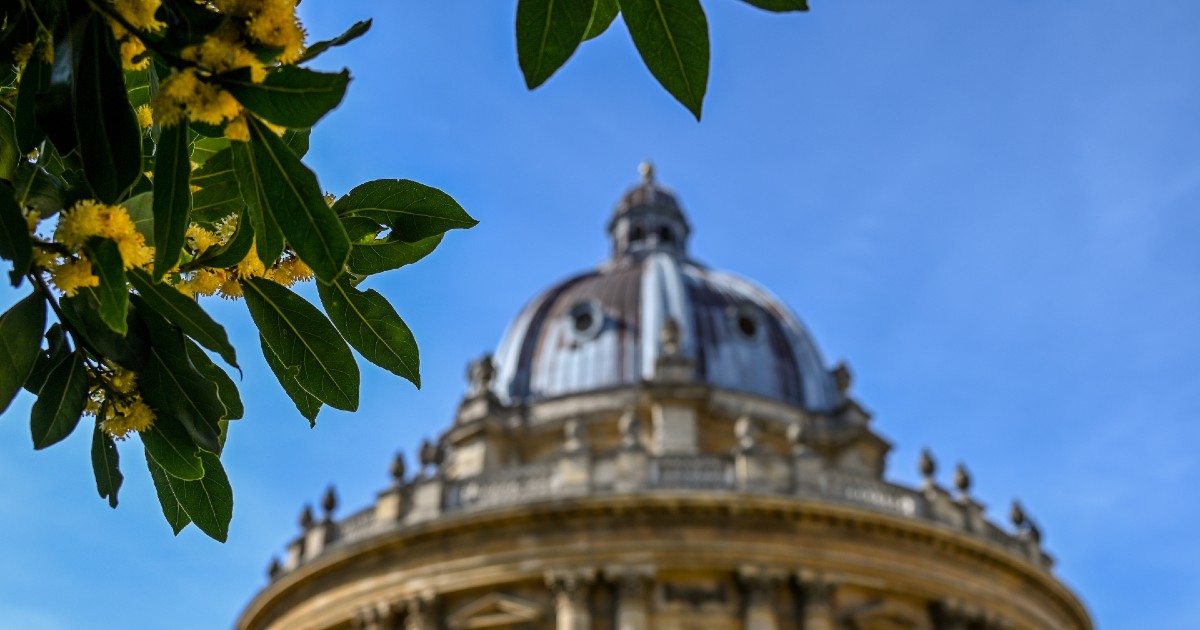 Image Description: Yellow flowers with the Radcliffe Camera in the background.

Research by Oxford’s Wildlife Conservation Fellow, Professor David Macdonald, has shown that neither bats nor pangolins were sold at Wuhan’s wet markets between May 2017 and November 2019. Until now the leading hypothesis for the origins of COVID-19, the disease responsible for the ongoing pandemic that has claimed almost 4 million lives, was that it originated in bats and was passed via pangolins in the wet market in Wuhan to humans. Wet markets are found across Asia and sell fruit, vegetables, and meat, the one in Wuhan also maintained a trade in wildlife which is thought to be the source of the Sars-Cov-2 respiratory virus.

Joint research by WildCRU in partnership with China West Normal University, Nanchong, and Hubei University of Traditional Chinese medicine had been focussing on a tick borne disease in these markets since May 2017 and as a result was monitoring the animals traded there. The results of this research show that neither bats, nor pangolins were found in the Wuhan Market. These findings seem to suggest that “pangolins were not likely the spillover host at the source of the current coronavirus (Covid-19) pandemic.

Macdonald says on the Oxford Science Blog: “Bats are actually rarely consumed in Central China, where market photos generally depict Indonesia. Pangolin trade is still a significant issue in other Chinese cities and trading nodes, but not in Wuhan. What were there, however, were 47,381 individuals from 38 species, including 31 protected species, all kept in dreadful conditions and teeming with all kinds of other infectious diseases, ready to be slaughtered on demand, if not sold as pets.”

Previous coronavirus outbreaks have zoonotic origins such as MERS in 2002 which began in camels in Jeddah, Saudi Arabia. The 2002 SARS epidemic which began in Guangdong and killed 744 people was transmitted to humans by palm civets as an intermediary transferring an infection which began in cave-dwelling horseshoe bats.  This had led to the original hypothesis that COVID-19 originated in bats, who are known vectors of coronavirus, and spread through pangolins to people.