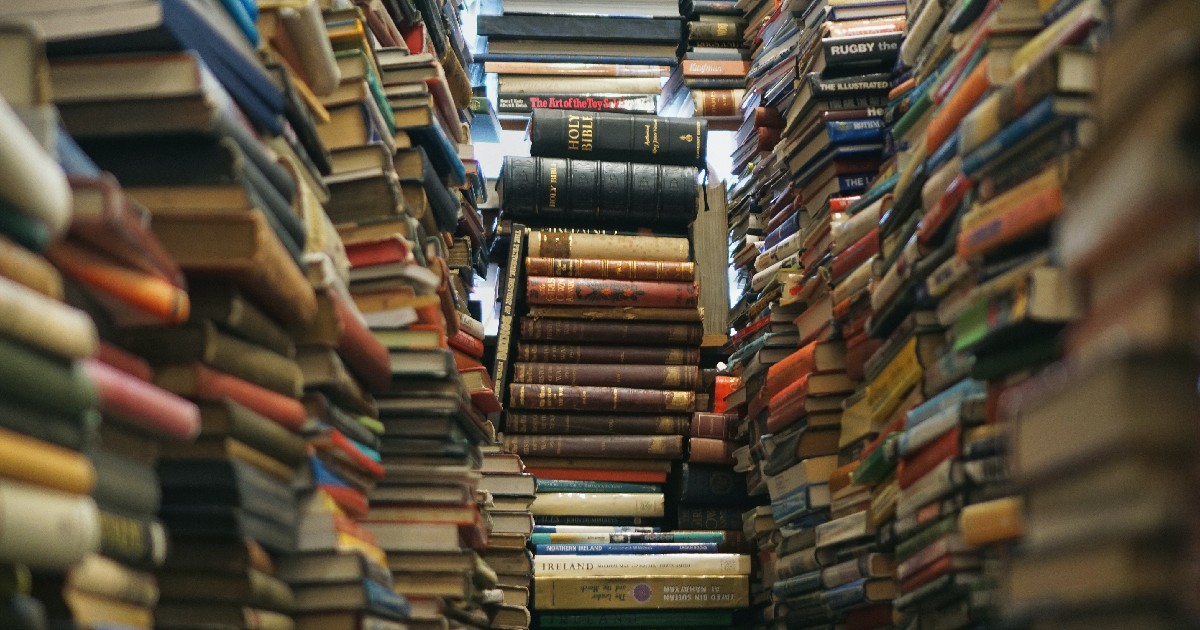 The Kingdom of Books

Some places are just special, stamped with a cosmic seal of approval which is felt by anyone who visits: Hay-on-Wye is one of those places. Located in Powys on the border between England and Wales, Hay, or Y-Gelli Gandryll (‘the shattered grove’) as it is known in Welsh, is a bustling market town full of quirks. Mostly, however, it is full of books. With over twenty secondhand bookshops, Hay is the must-go-to destination for any avowed bibliophile.

With so many shops to choose from, it can be difficult to know where to start. Hay-on-Wye Booksellers caters to every taste, stocking books on all manner of subjects, from botany to impressionism. Must-see sites include Cinema Books, a redundant cinema converted into a bookshop in 1965, is likely to please everyone, containing roughly 200,000 volumes. A special favourite with visitors and locals alike is Murder and Mayhem, which, as the name implies, exclusively sells murder mysteries, crime ,and horror stories. Meanwhile, Rose’s Books on Hay’s very own Broad Street specializes in the trade of rare and out-of-print illustrated children’s books. At the centre of the town stands Hay Castle, beaming down upon the book-laden shoppers of Castle Street. Every kingdom needs a castle after all.

Every kingdom also needs a monarch. Enter His Majesty Richard Booth (MBE), self-proclaimed king of Hay. Booth sadly passed away in August 2019, however, his legacy survives in the continuation of Hay as a literary festival. Booth, an Oxford graduate with dreams of creating a centre for secondhand books, opened his own bookshop in 1962 in the town’s former fire station. Fifteen years later, on April Fool’s Day 1977, he paraded down the high street, lavishly attired in a regal robe. With a home-made crown perched jauntily upon his head, Booth proceeded to appoint his horse Prime Minister and even issued locals with passports. He also purchased the castle, which he accidentally set fire to that same year. Despite this slight mishap, Booth’s independent kingdom of Hay was born.

Some places are just special, stamped with a cosmic seal of approval which is felt by anyone who visits: Hay-on-Wye is one of those places.

Booth’s brilliance lay in his recognition of the magic of secondhand books. The joy of entering one of Hay’s many bookshops is finding oneself surrounded by endless dog-eared possibilities, each book siren-like in its enticement of potential readers. When standing before chock-a-block shelves, a reverent silence buzzes in the air and time goes funny. After gazing at faded spines for measureless minutes, the thrill of discovering an unexpected gem is exhilarating. Many of Hay’s books are indeed treasures of sorts, bearing the marks of having been cherished. A Penguin edition of Jane Eyre might have been gifted to ‘Sarah on her fifteenth birthday, With much love from Mum.’ A copy of The Fellowship of the Ring may be adorned with biro illustrations in the corner of page 21. An anthology of John Keats’ poetry perhaps contains a heavily annotated ‘To Autumn,’ the scrawled comments in the margin almost rivalling the poet’s genius. Loving a book because it has been loved before really does make it that bit more special. Similarly, re-homing a book that has suffered from years of neglect is an equally fulfilling endeavour.

Not only is Hay home to hundreds of thousands of books, but every year since 1988, the town has thrown open its doors to visitors during its annual literary festival, aptly named Hay Festival. This year marked the festival’s 34th  anniversary, which began on 26th  May and ran for 12 days until 6th June. The Hay Festival 2021 was available to access online, with each event streaming for 24 hours from its live broadcast. Notable speakers included Stephen Fry, Graham Norton, Colm Tóibín, Caitlin Moran, Laura Bates, Mel Giedroyc, and, of course, lots of wonderful, talented local writers. Indeed, while this year perhaps presented the best opportunity there is to make the most of Hay Festival, it must be said that the magic of Hay is best felt when there in person. And quite frankly, I cannot wait to go back.