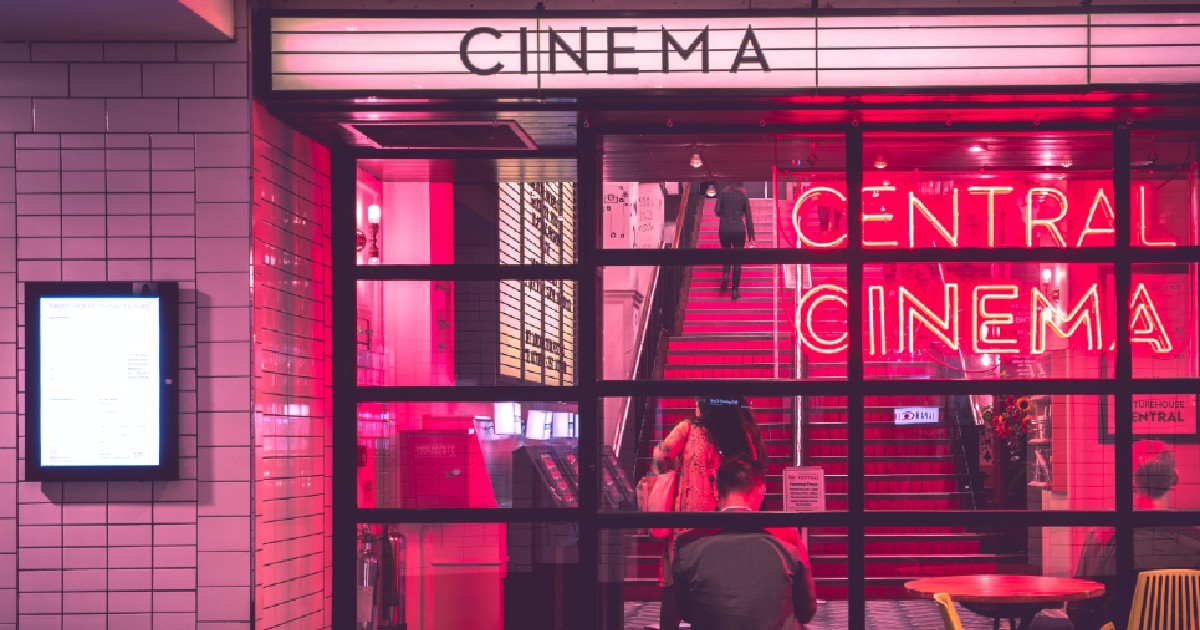 A homage to cinemas reopening

Cinemas have reopened, and according to my completely unbiased and totally comprehensive research, nobody in England is as excited about this as I am. I was never a massive film fan before the pandemic; I’d usually watch a few Oscar nominees and winners annually to stay somewhat in the loop. But the extended time spent at home due to the pandemic resulted in new infatuations like magical realism novels, but more significantly with films.

The origin of my pandemic-induced love story with films lies in a road-trip film. More specifically, Alfonso Cuarón’s 2001 dramatic comedy Y Tu Mamá También. The film stars Gael García Bernal (from Coco, Amores Perros, and Mozart in the Jungle), Diego Luna (from Narcos: Mexico and Rogue One) and Maribel Verdú (from Pan’s Labyrinth). I decided to watch this film last year after a few Netflix parties and a re-watch of The Motorcycle Diaries, another road-trip film I love starring Bernal which is based on Che Guevara’s travels around South America. But watching Y Tu Mamá También provided a sublime experience, something that felt more profound than the mere viewing of a film. Not only was it a vivid, cinematographically stunning tale of adolescence, sexuality and mortality, but it also shows exceptional creativity in its exploration of Mexican socio-political realities through the use of a narrator and portrayal of events in both the foreground and background. This film’s technical and narrative genius, also seen in other Cuarón films like Children of Men and Roma, taught me new methods of understanding historical narratives and nuanced characterisation. Coincidentally it helped me with the Spanish Colonisation and Conquest of the Americas history paper I studied last Trinity, given the film’s commentary on Mexico’s class hierarchies stemming from the colonial era. Even the character names are deliberate indicators of the nation’s tumultuous history: ‘Tenoch Iturbide’ refers to the former Aztec city of Tenochtitlan, ‘Luisa Cortes’ refers to the Spanish conquistador Hernán Cortés, and ‘Julio Zapata’ refers to Emiliano Zapata, a leading figure of the 1910 Mexican revolution.

Films became a great avenue of exploring the roads of varying geographies, histories and cultures without needing to travel or solely rely on reading. I ended up watching 150 films in 2020 (and so far in 2021 I’ve seen over 100, which really shows how deep this hobby’s become.) I watched movies from incredible directors like Pedro Almodóvar, Federico Fellini, Wes Anderson, and from countries such as Taiwan, Senegal, Brazil and Denmark. I quickly saw the importance of film as an art form, as political and social commentary, as a mode of escapism, and for the deep personal meanings and connections they allow you to form with them. I track my film-watching on Letterboxd (it’s like Goodreads but for films), and I love going through the diary and remembering how each film changed me at a particular moment. Whether it’s a fond memory of watching a film with my family, or profound feelings of relatability I found in movies depicting familiar experiences, films which taught me about a time and place I knew nothing about, or even the films I hated: there’s a part of me that is intrinsically bound and shaped by all the viewings. It was, and continues to be, a cumulative process, a labour of love which teaches me more about myself and about the diverse beauty of this incredible and relatively recent art form. Despite the theft of many potential coming-of-age moments last year, living vicariously through the adventures of characters all over the world was fulfilling in its own right.

Films became a great avenue of exploring the roads of varying geographies, histories and cultures without needing to travel or solely rely on reading.

The first movie I watched last week when cinemas opened was Nomadland, coincidentally another road-trip film. Its director Chloe Zhao was the first Asian woman to win the Oscar for Best Director. Starring Frances McDormand, it is a damning exploration of American capitalism’s victims as well as a beautifully affirmative tale of human connection and the dynamism of life, all enhanced by the incomparable glory of an immersive cinema screen. Undeniably the pandemic-induced growth of streaming services featuring many new film releases has financially strained physical cinemas and the film industry as a whole. Plus the ticket costs don’t help when you compare them to the accessibility and range afforded to us by streaming services. Yet that sorely missed feeling of watching a film on a massive screen in the dark, the familiar popcorn scent in the air as the vision crafted by the director, writers, producers and cinematographers and the whole crew vividly, majestically, unfolds before your eyes honestly makes the price worth it. Because that’s how movies were ultimately meant to be experienced.

Here are some film recommendations you can now watch in the cinema:

As the South Korean director Bong Joon-Ho accurately stated, “Once you overcome the one-inch-tall barrier of subtitles, you will be introduced to so many more amazing films”. There are undeniable merits to growing diversity and representation within English-speaking cinema, as newer narratives are increasingly given a platform within our mainstream cultural thought. But non-English cinema is equally filled with rich and diverse tales, and hegemony of the English language has typically deterred most people from exploring these. Hopefully cinemas reopening will not only inspire a return to a bigger screen but also a bigger perspective of the globe and the talent which can be found everywhere.