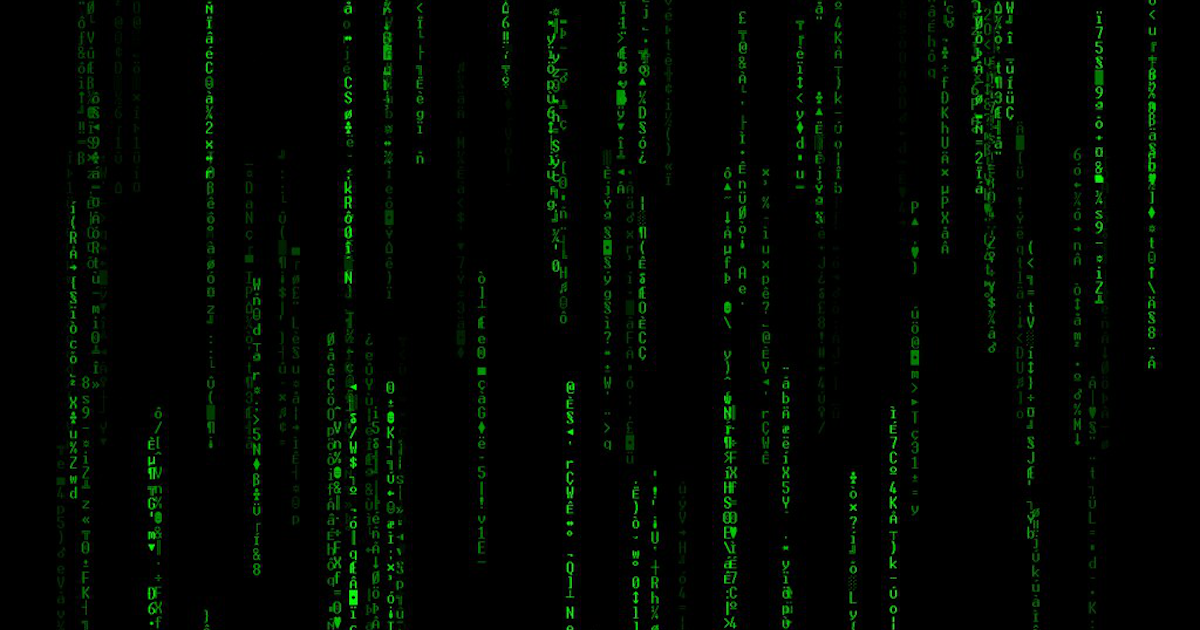 “My name is Neo!”: The Matrix as trans allegory

And so marks the end of the transformation of the protagonist of the Wachowski’s breakthrough 1999 film The Matrix from “Thomas A. Anderson” into his true, and freer, self. The Matrix as trans allegory is a well-known and talked about fact at this point, given the comings out and transitions of both Wachowski sisters in the proceeding years after the release of the film, as well as the rather obvious-in-hindsight themes and metaphors found throughout the plot.

“Thomas Anderson” is a depressed and lonely computer programmer who naturally feels there is something wrong but doesn’t know what and who spends most of his nights hacking and talking on online message boards using the name “Neo”. He discovers the truth about himself and his reality in a frightening but enlightening manner, finding a new culture and group of similarly enlightened people, before being accosted for the rest of the film by the generic and all-knowing entity representing the system trying to keep him in his ignorance, at one point literally removing his voice, and who continue to call him “Mr Anderson” until these aforesaid final moments, in which, besting this entity, he proclaims his true identity, name and reality. Regardless of whether Neo is “the One” or not, he is finally himself, and that is what truly matters.

Regardless of whether Neo is “the One” or not, he is finally himself, and that is what truly matters.

The plot, when described in this way, seems so obvious in its allegory to the trans experience that one wonders how people didn’t realise it at the time. Whilst the fact that there are so little well known trans experiences that no one would notice these similarities could possibly be a subject of discussion, much simpler reasons reveal themselves. The plot, in the text, is about sci-fi robots and super-powered, leather-clad, slow-mo, Kungfu, ‘bullet-time’ fighting men and women, with even the first apparent subtext really regarding modern capitalist society and technology than any deeper issues about identity.

Further adding to this is not only that the filmmakers credited were ‘The Wachowski Brothers’ (a phrase which makes me feel a bit sick nowadays), but that it was the 90s, a time when it would be modest to say that trans people and trans experiences were not so accepted as nowadays. Most people who watch the film, even nowadays, do not pick up on these aforementioned allegories unless it is known beforehand, and perhaps it is only because I am well-versed in this same trans experience that I can pick upon so many of these similarities, and even so only when I knew that they are meant to be there.

This remarkable subtlety, then, regarding the trans allegory at play within the Matrix, creates an interesting discussion surrounding whether this really counts as representation, and whether this type of theme is important to me, as a trans woman. The answer is, of course, absolutely yes. As Neo (and Keanu Reeves) panics and fights and “woah”s his way through the narrative, I find myself captivated not just by the spectacle, CGI, and sci-fi themes, but also by these very implications that now come about in my mind with the knowledge of this film’s allegorical nature. One could argue that the only reason these allegories were so seemingly hidden to begin with is because trans representation is so poor in media, and that cisnormative explanations are always assumed before breaking the gender boundary, and so no one would think to look for them.

I have never found a better metaphor and explanation for the unique experience of unknown gender dysphoria as being like your whole world is a simulation that you feel trapped in, and yet you have no idea why, “like a splinter in your mind”. Film is a medium which thrives on visual metaphor, and the sickly green hue of the simulation world is such an impactful representation of such a feeling, it overwhelms every time I watch it. As much as “the red pill” may have been ruined by other cultures in recent years, the notion of the initial revelatory experience of coming out to yourself as being a binary choice, a moment, in which you decide to swallow the pill and just go for it, to take fancy to the idea of questioning your gender identity, with everything thereafter being a chaotic but freeing deluge of action and emotion, is something which I have not seen depicted as well in any other piece of media. Similarly, there is no better representation of cisnormativity, and transphobes in general, than the miscellaneous, all encompassing, suit-wearing antagonist of Hugo Weaving’s Agent Smith.

It is in this way that this ridiculous and schlocky action sci-fi film, which involves a gun-toting faux-dominatrix called “Trinity” and a heavy metal soundtrack, has become an icon, in my eyes, of trans depiction in film. The aforementioned self-defining and empowering line, then, now represents not just an homage to the self-defining character arc of westerns and East Asian action cinema, but also the ultimate act of trans defiance and self-discovery, as our protagonist finally and definitively declares himself, herself, themselves, as the pure, unashamed, free and powerful person that they are, and that the antagonist had been preventing them from becoming for far too long.

The Wachowskis represent such a driving force for trans voices in film, and The Matrix is their ultimate statement of intent for an industry that is refusing to change.

“Have you ever had a dream, Neo, that you were so sure was real? What if you weren’t able to wake from that dream? How would you know the difference from the real world and the dream world?” It is remarkable that this allegory and The Matrix as a whole even managed to slip through the Hollywood system. I consider it as more important and impactful than any more overtly LGBTQ+ film specifically because of how meaningful it becomes to see these themes naturally occur in a mainstream and well-known film. This normalisation of such experiences in media, given as much importance as any other theme or metaphor, could be argued to be the gold standard for trans representation in film.

Just as Neo wakes up from what he thought was his reality, only to find out it was a nightmare created by others, thousands of trans of people who wake up from gender conformity and realise their true selves need a hero like this, one who represents, obliquely or overtly, their fears, thoughts and experiences. The Wachowskis represent such a driving force for trans voices in film, and The Matrix is their ultimate statement of intent for an industry that is refusing to change.

When Nomi Marks from the directors’ later Netflix show Sense8 calls back to the aforementioned self-defining line from The Matrix but this time in a much more overt trans narrative, declaring “My name is Nomi” to her unaccepting parents, the legacy of the former becomes clear. As much as this whole aforementioned rhetoric may be well-versed at this point, it remains an important area of discussion, as the all-encompassing and inherent trans allegory of The Matrix remains one of the most impactful examples of representation, and an example upon which to showcase and normalise LGBTQ+ representations of feeling and experience in all types of media, and a basis in which to improve it even further.