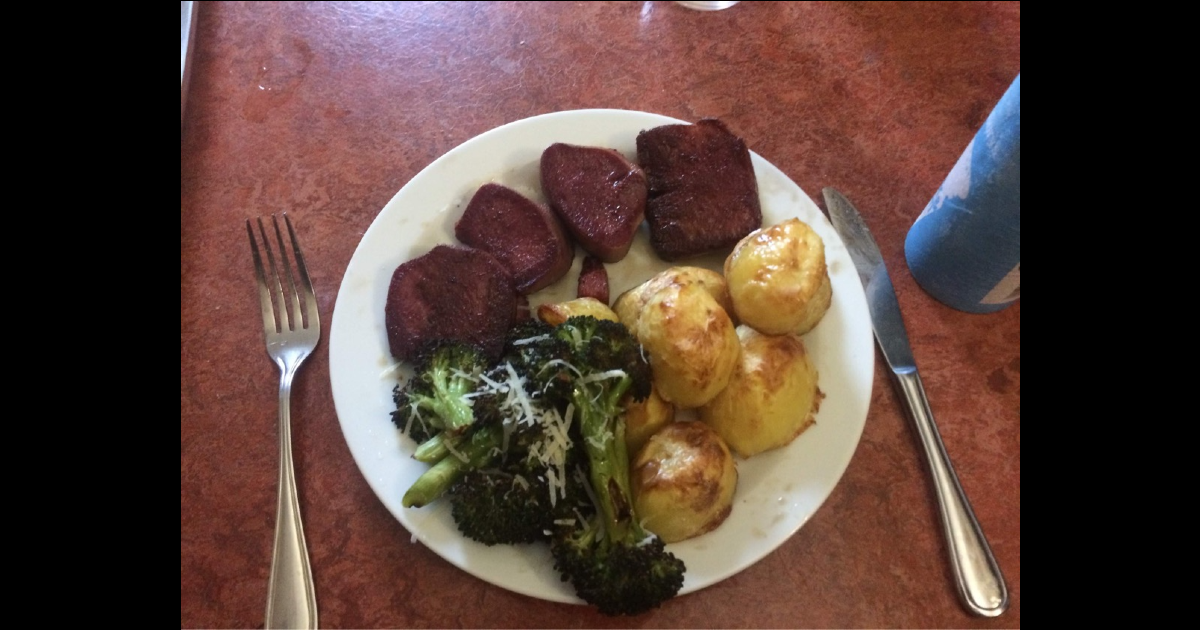 Now, I know what you’re thinking.

Ox tongue – what student would want to pick up a 1.5kg slab of meat from the butchers that they barely have the resources to handle?

And I would argue that ox tongue is one of those remarkably versatile (and cheap) meats that can add quite a delicious element to your next sandwich, noodle soup, or roast dinner.

Ox tongue, or beef tongue, is… a tongue. Specifically, from an ox. It’s large, well-muscled, and straightforward to cook. I picked mine up from M. Feller & Daughter Butcher in the Covered Market, though I needed to give them a few days’ notice. Ox tongue, you see, isn’t to be cooked raw. It needs to be brined for some time first, and, as Mary Berry’s delightful 1979 segment on ox tongue revealed, it’s quite difficult to make your own brine ever since they made saltpetre harder to get hold of – it’s what they use to make bombs, after all. A whole salted tongue set me back around £14 from Feller & Daughter, but for around 1.5kg, I would argue that it’s quite the bargain.

First, soak the tongue in water. This is to remove as much salt as you can. Some chefs recommend only rinsing it, but I’ve found that this doesn’t quite remove all the salt. My dad suggested using milk – do this at your own caution. Get out your biggest pot – this needs to cover a whole tongue, and several vegetables. After that, I used Fergus Henderon’s recipe from The Complete Nose to Tail, albeit with some quantity adjustments for the sake of space. Bringing a massive pot down to university is usually more of a hassle than it’s worth, after all.

Cover the ingredients with water, and gently bring to the boil before allowing to simmer for 3 ½ hours. Cover the top of the pot with some tin foil (not pressed tightly) to prevent the water from boiling away.

After it’s finished cooking, get out your biggest bowl and fill with water and ice. You’re going to handle the tongue, so it needs to be rapidly cooled. After 3 ½ hours, retrieve the tongue, place it in the ice bath, and get out a knife. The skin needs to come off. Rest assured, this is both easy and satisfying. The tongue, if properly cooked, will shed its skin like it’s eager to get somewhere. If the flesh looks very red, don’t be afraid – if boiled properly, it won’t be raw.

Now? Well, recipes differ. Tongue is enormously versatile, and you can use it in a whole range of dishes. I chopped my tongue into chunks before pan frying in some butter, just to give it a nice glaze. I ate some in the evening, before storing it in tupperware. I’ve been eating it in sandwiches, and even chopped up into noodle soup. Ox tongue is one of those remarkable bits of offal that’s tasty, and easy to cook. The meat is tender, almost melting in the mouth if properly prepared. Yet, it’s firm enough for a stay in the fridge or freezer, and according to Mary Berry, is excellent at picnics. So, give it a go! Support your local butcher, surprise (and horrify) your housemates, and get one of the cheapest, tastiest, and most sizable cuts of meat you’re likely to get in your student life.