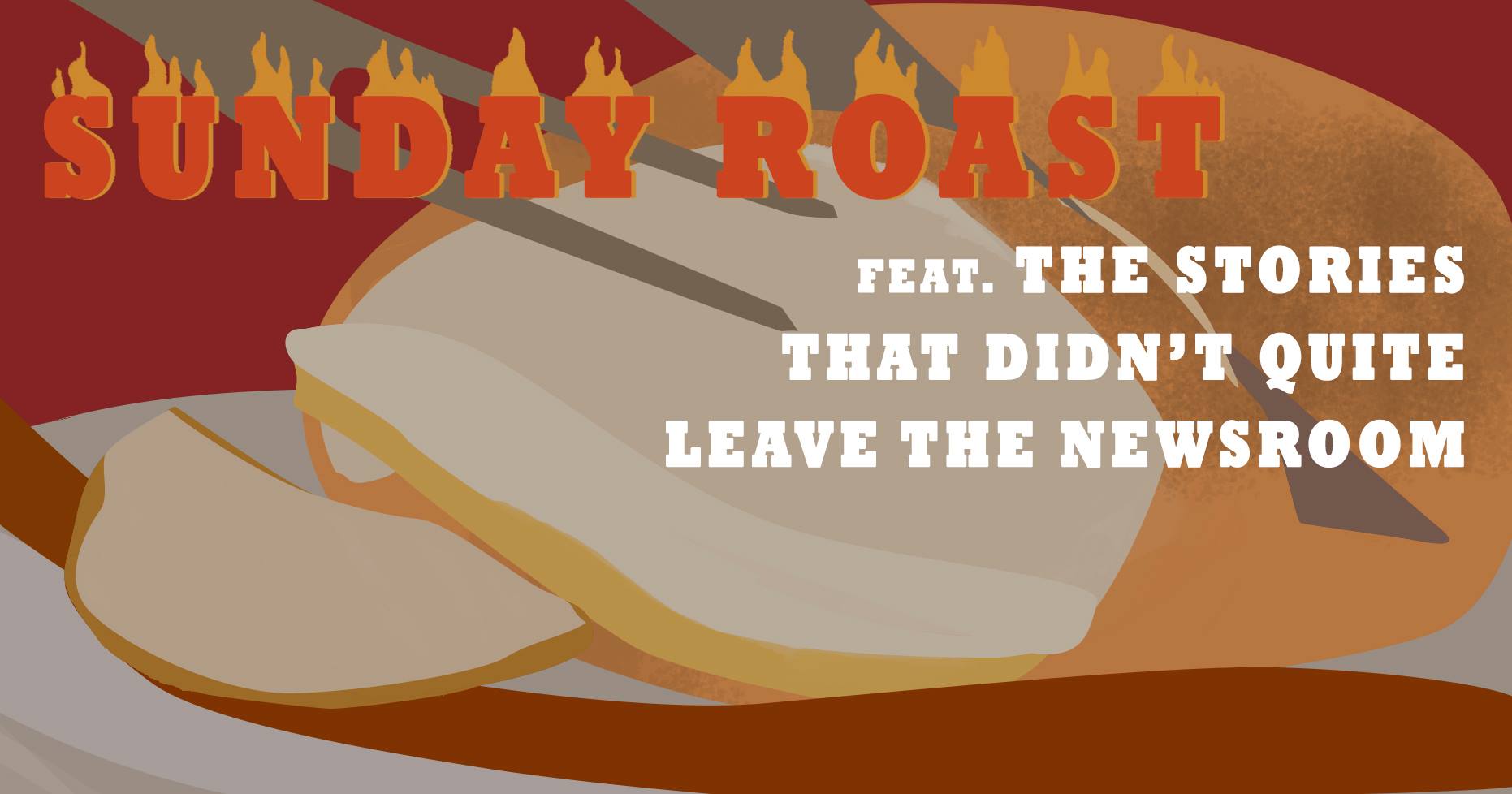 Rordon Gamsay is now on his way home after an eventful term, which included being kidnapped on Holywell Street and running for SU President. He has, however, one final report of the term’s events before he goes home and gets a job at Waitrose…

In a genuine surprise to all those within the newspaper Rordon Gamsay has been elected as the new Editor-in-Chief. Having found his lamb sauce over the course of the term, the powers that be (the best Student Union in the world!!!!! So helpful!!!! – Dep. Ed) knew the job could go to none other than the Sunday Roast head chef. Now, apparently, he must write content not just on Sunday, but all the other days too. Furthermore, it has been reported that Rordon can’t submit articles at 1am on a Monday morning, every second week. OxStu, it seems, is not your common or garden variety OxYou.

Rordon hopes that you have enjoyed his roasts this year through. But fear not! Gamsay will regenerate into a different man or woman, and return in the Michaelmas 2021 Season. Whatever happens, people will complain that the antagonists, character development, and general writing has gone down since the heady days of actually submitting the roasts on time/Rordon being a man/developing a separate header image for each week (ring as appropriate). Regardless of quality, the SU funds this, and so we will continue. Now have a hot Sunday Roast girl summer.

PLEASE NOTE THAT ALL RUMOURED CONNECTIONS BETWEEN RORDON GAMSAY (EiC OF THE OXSTU) AND THE OXFORD UNIVERSITY CONSERVATIVE ASSOCIATION IS MERE HEARSAY. JUST DON’T MENTION THE CAT.

WOW: Trinity Term resigns from the University of Oxford

On Sunday the University of Oxford was rocked by the shock resignation of Trinity Term.

Trinity exclusively told Rordon Gamsay: “Just like every Oxford student between Jericho and Cowley, I’ve had enough. There is only so much energy one term can have, and the frankly unsafe quantity of bullshit I have had to witness over the eight week course of my time here has convinced me that the University of Oxford and its students are too much for me to take.”

“Now I, Trinity (the term, not the college) will be moving to my insurance uni choice, Exeter (the university, not the college). I’ll have far less to worry about and I certainly will not be the only resident of that university with a stupidly posh and obscure name.”

Sources in the University tell Rordon that the Vice-Chancellor is considering renaming the space once known as Trinity “Stress Term” so that no one can claim they weren’t warned.

OMG: Did you know the freshers have Prelims?

2nd years across Oxford expressed total surprise to find out that, unlike them, this year’s freshers actually have exams to sit.

Rordon Gamsay interviewed one second year in the odd moment that he was both a) awake, and b) sober. He commented: “Rordon, I only know about three freshers. What the fuck are you talking about?”

One fresher, her t-shirt stained with instant black coffee and with twelve bags under each eye, struggled for ten minutes to form a coherent sentence, but then told Rordon: “I only know about two second years. What the fuck are you talking about?”

After these ultimately useless inquiries, Rordon Gamsay searched for a finalist to interview, only to be told that, since it was now ninth week, they had all died of irrelevance.

UGH: Merton Students Upset to Find Out That Exams Will End

Merton students have this week written an open letter to the Vice Chancellor for Education to demand that exams continue indefinitely, so that they can continue to chase validation in the form of essay questions.

Finalists at Merton were particularly worried that they would not now be required to sit more exams for the foreseeable future. Their worries seemed to stem mainly from the fact that being swots had been their entire personalities from the age of 4, when they aced the reception ‘tests’ in reading and writing.

The open letter, addressed simply to “Martin”, pleads with the University authorities to set them more exams. It demands at least three a week for all humanities subjects, and four for STEM, so that they can maintain their superiority, in line with recent government guidance on the value of different subjects.

One Merton student, who wished to remain anonymous due to fear of reprisal from other colleges that don’t enjoy exams as much, commented:
“It’s not that I don’t want to go and get a real job and earn some money, it’s just that I don’t really know how and I have been rejected for all the schemes I applied for, including the Conservative Party and HSBC.”

Rordon Gamsay did not remind the student of the existence of professional exams, as he believed that it would be a nice surprise for the Merton students next year.