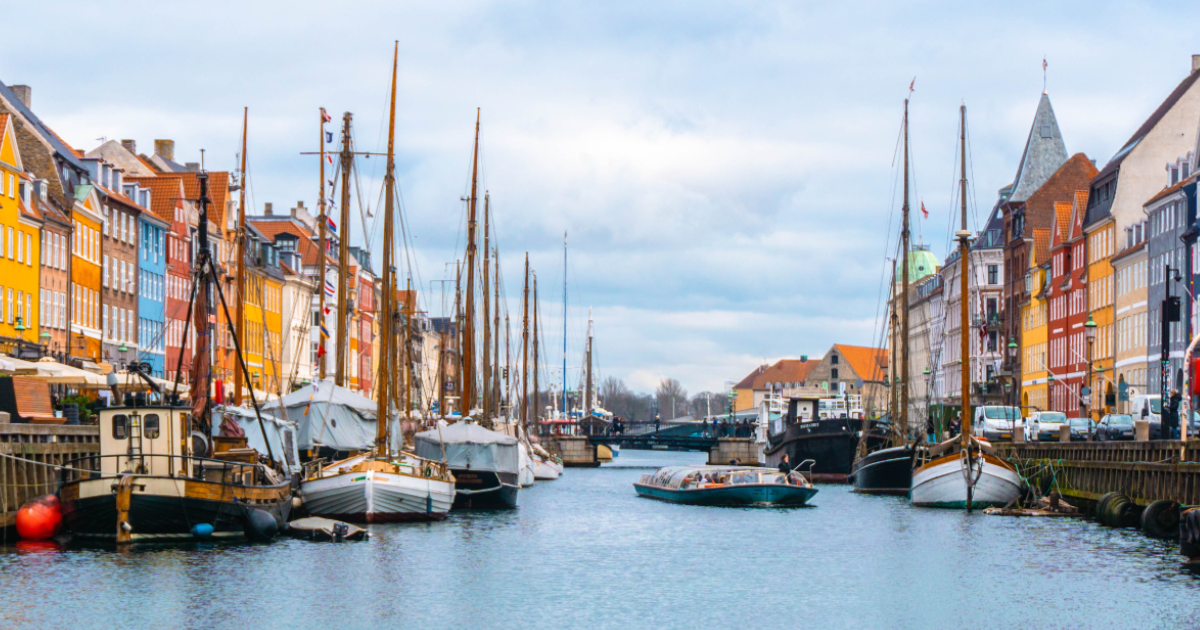 Image Description: boats on a canal in Denmark with colourful houses on either side

Copenhagen, the capital of Denmark, is often described as a city with a small-town vibe. In recent years, this atmosphere and the high quality of life has attracted more and more people into the city, driving the need for more living space in the already densely-populated capital. Instead of sacrificing the city’s characteristic atmosphere by building high-rises to solve this problem, Copenhagen has come up with a unique solution, with the parliament of Denmark recently approving plans for an artificial island off the coast of the capital.

The island, called Lynetteholm, will house 35,000 people on a surface of 1 square mile. In addition to providing much-needed living space in the city, the island would protect the port of Copenhagen from rising sea levels. This would be achieved by building a dam system around its perimeter that could limit water surging into the port during storms. The construction of Lynetteholm is set to be a long-term project – if everything goes to plan, the foundations should be finished by 2035, and the project will only be completed by 2070. However, things are already not going as planned. Environmentalists object to the construction of the island and have brought a case against the development of Lynetteholm in front of the European Court of Justice. In addition to their claims that the construction could harm ocean life, change erosion and wave patterns, and alter seafloor mechanics, they name the increased traffic needed for the project as a point against it. The construction of Lynetteholm would involve the transport of materials on a mass scale, likely by road. Some estimates suggest that up to 350 trucks would need to traverse Copenhagen each day to deliver the raw materials for the island. 80 million tonnes of soil will be required to create the foundations for the island. This amount of traffic lasting for up to 50 years sounds daunting to many Copenhagen residents, both because of the environmental impact and its effects on their quality of life.

The need for huge amounts of soil reflects how such artificial islands are built. Fundamentally, they are made of the same thing that all islands are made of: soil and sand. To construct the island, some states have used existing islands, rocks, or even coral reefs as a base, piling sand on top of them. This sand is collected by dredging the seafloor. Once the islands are stable enough, cement can be laid down, enabling structures to be built on the island.

Denmark is not the only nation that is turning to artificial islands to solve specific problems. China’s artificial islands in the South China Sea, for example, serve a very different purpose, aiming to showcase Chinese engineering and to reinforce the nation’s claims to that region. Natural islands in the South China Sea and their associated portions of the ocean have been laid claim to by various nations including Vietnam, the Philippines, Malaysia, and China. These areas of the ocean contain important international transport routes, rich fishing grounds, and potentially oil, making them highly desirable and contested regions. By building artificial islands, China is augmenting its military strength in the region and reinforcing its claims to those portions of the sea. In this case, artificial islands serve political purposes, but the environmental implications of island-building are still catastrophic. The sand stirred up by the dredgers can settle on sensitive areas of the seafloor, such as reefs, killing bottom-dwelling organisms and clogging the gills of fish, leading to their demise. Furthermore, the dredging can bury coral reefs, smothering and destroying these precious hubs of biodiversity.

Perhaps the most famous artificial islands are the Palm Islands of Dubai, which were built to create more coastal real estate and to attract tourists to the city. One of the islands was opened in 2009, and is the site of private residences and hotels, while other projects were placed on hold due to the 2008 financial crisis. These islands have also been criticised for their environmental impact and lack of sustainability, as their construction has clouded the water with silt, buried coral reefs, and changed wave and erosion patterns along the coast of the United Arab Emirates. Additionally, research of marine biologists revealed that young fish along the shore were unable to survive in the conditions created by the construction and environmental changes.

The adverse effects on the environment observed in the construction of the artificial islands in Dubai are the basis for the Danish environmentalists’ concerns. They claim that the potential environmental effects on wildlife, erosion and wave patterns have not been adequately investigated, and accuse the project of “greenwashing” due to it being advertised as having environmental benefits for Copenhagen without sufficient evidence to support this.

In the case of Lynetteholm, the jury is still out on whether the island construction’s negative effects on the environment will be outweighed by its ability to protect the port and provide more living space. Interestingly, another Danish project to build artificial islands has faced much less opposition from environmentalists. Earlier this year, the Danish government approved a plan to build a wind energy hub in the North Sea on top of an artificial island the size of 18 football fields. The energy hub will initially produce enough green energy to supply three million households across Denmark, Germany, and Holland with electricity, eventually expanding to almost ten million households. This plan comes after Denmark committed to stopping all gas and oil extraction in the North Sea by 2050 in order to reduce carbon dioxide emissions, and is thus being hailed as a great moment for sustainable energy production in Denmark. In this case, it seems the environmental concerns of artificial island construction are outweighed by the potential benefit to the environment.

The issue of whether or not to build artificial islands may therefore be more nuanced than simply condemning them for harming the environment. Perhaps, in some cases, their positive effects may outweigh the harmful ones. Whether this is the case for Lynetteholm remains to be seen.