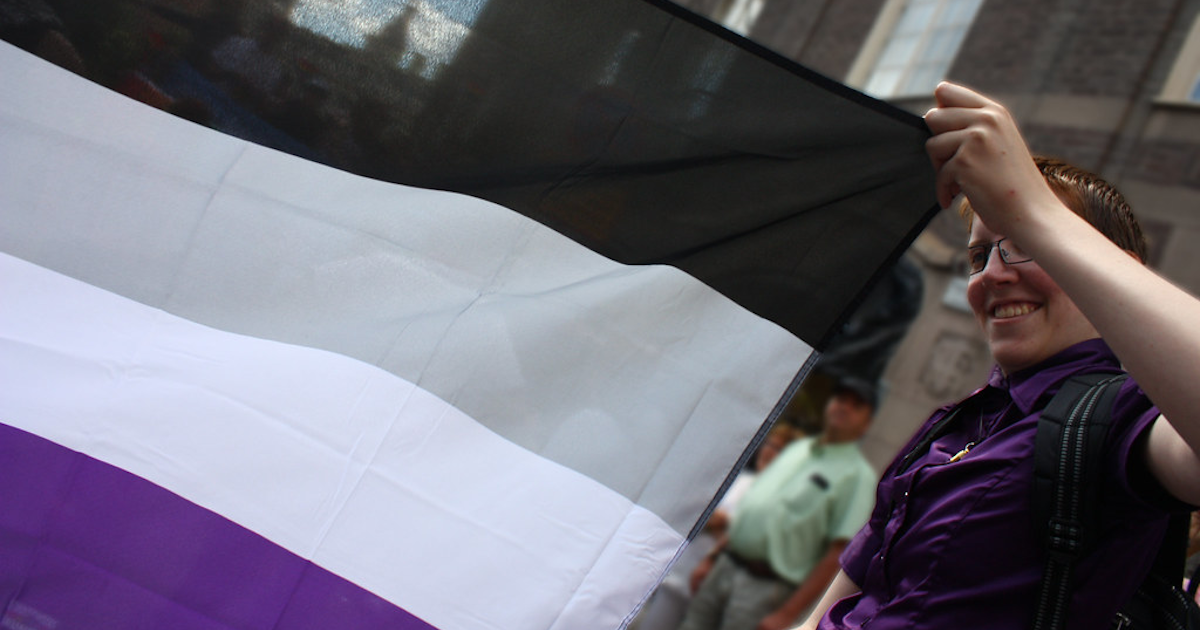 Alex* is a student at Oxford University who would describe themselves as being on the asexual spectrum. We met up last week to discuss the experience of being asexual at university over a zoom-coffee (a term I’m sad to admit is actually part of my vocabulary now); here is the result.

How did you realise you were asexual?

“Over time you start to realise that there’s a standard timeline for sexual and romantic interest in other people, and that you’re not following it”, Alex explains. “You’re not hitting the same milestones – but not really minding, either”. People at school started to express being interested in sex, and before too long that seemed to be the norm; and that’s when it starts to feel like there’s something going on.

Is it easier to come out in LGBTQ+ contexts?

“No”, Alex tells me, “it’s worse”. Coming out as asexual in LGBTQ+ spaces feels more threatening precisely because it’s a community – there’s a real fear of being kicked out, being perceived as not valid enough. If the LGBTQ+ community is in part a safe space from a mainstream heteronormative structure, then being denied entry to the safe space you should have access to is almost a two-fold rejection; someone on the asexual or aromantic spectrum feels rejected by the heteronormative structure, and rejected from the safe space away from it.

It’s also worth taking into account that when so many parts of the LGBTQ+ community refer to sexual identity and the celebration of it as a defining aspect of identity, then it may be difficult to feel included if what defines your sexual identity is a lack of sexual attraction, or a very qualitatively different experience of sexual attraction. Emphasis on sex or sexual attraction in deciding who gets to be “let in” to the LGBTQ+ community can be found in other places, too – the LGB alliance, for example, campaign against ‘allowing’ trans and gender-nonconforming (GNC) people into the LGBTQ+ community on the basis that being trans or GNC is about gender identity, not about sexual identity, despite the fact that these identities are often closely tied in together in a GNC person’s experience coming to terms with themselves.

Pushing certain groups out of the community by deciding that their experiences aren’t enough or don’t fit right makes it an uneven playing field for vulnerable people in the process of discovering themselves and looking for a safe space to exist in while they ride out that discovery.

Another example of recent events that may play into making it difficult for someone on the asexual spectrum to feel included is the controversial discourse over whether we should include BDSM and kink at pride parades. Regardless of where you stand on this issue, it wouldn’t be entirely unfounded for someone to read this as a strong implication that the LGBTQ+ community is about sex and sexual identity; that members of the community are brought together because they share similarities when it comes to their sexual identity. Where does that leave you if you don’t really consider yourself to have a sexual identity? Or if you do, but it’s not considered similar enough or ‘relatable’ enough to count?

What’s it been like to come out to people at university?

“Surprisingly good!” Alex says, “everyone is very accepting. It’s a very varied spectrum, so a lot of people relate to particular aspects of the experience”. Often, the negative responses to coming out as ace are well-intentioned, so we decided put together a number of these responses with an explanation for why it’s a negative response, and suggestions for what to say instead.

This response to a coming out is not a good response for a number of reasons. Firstly, it invalidates the person’s coming out. It’s hearing someone say “I’m asexual”, and responding with “no, you’re not”. It’s assuming that you know more about the person than they do.

Secondly, it’s implying that being asexual means that there’s something missing; that there’s an issue within the person that just hasn’t been ‘solved’ yet, and that they’ll be fine once it is; when, in fact, the person is absolutely fine to begin with. There is nothing wrong or dysfunctional with an asexual person; there’s nothing ‘missing’. It’s just a different experience to someone who is not asexual.

Thirdly, responses like these parallel problematic responses to other LGBTQ+ identities – responses which are generally understood as homophobic, etc. It’s universally taken to be wrong to reply with “you just need to find the right girl for you!” to a man who has just come out to you as gay, so why would it be okay to say it to someone who has just come out as asexual?

Firstly, asexuality is about sexual attraction. An asexual person doesn’t feel sexual attraction in the same way as a non-asexual person, and this can range from not feeling sexual attraction at all, to feeling it for people they know very well – it’s a huge spectrum. It’s not directly about enjoying or not enjoying sex, and therefore there is no need to “try it” before knowing whether you are asexual. To bring this into the next point, this sort of reply parallels homophobic responses to a gay person’s coming out – “how do you know you don’t like girls if you’ve never been with one?”. It’s extremely unhelpful to invalidate what someone else is telling you about themselves.

They’re asexual, not dying! There’s nothing inherently bad about being asexual; as we said above, there’s nothing missing. It’s just a different experience to that of someone who isn’t asexual. Ace people can be (and are) happy! Also, responding to someone’s coming out as though it’s a negative thing can be very damaging. It’s taken a lot of time and introspection to reach the conclusion that they’re asexual, and their coming out is a positive and liberating, if sometimes anxiety-inducing, action. It deserves to be celebrated.

Needless to say, someone can be asexual regardless of how they dress. This answer implies that someone can’t be asexual if they dress in a way typically perceived to be sexual (i.e. ‘revealingly’). Such a thought process is extremely problematic; our clothes should never be perceived as correlated with whether we’re “up for it” or not, and it draws disturbing parallels with victim-blaming statements used in SA cases, where it’s implied that someone dressing in a particular way means they’re giving consent.

These are just a few examples of what not to respond to someone coming out as asexual, and why not. Ultimately, regardless of what someone’s coming out as, the only response is really just respect. Acknowledging what they’re saying to you, thanking them for telling you, and telling them you’re there for them will go a long way.

Can people on the asexual spectrum have happy and fulfilling relationships?