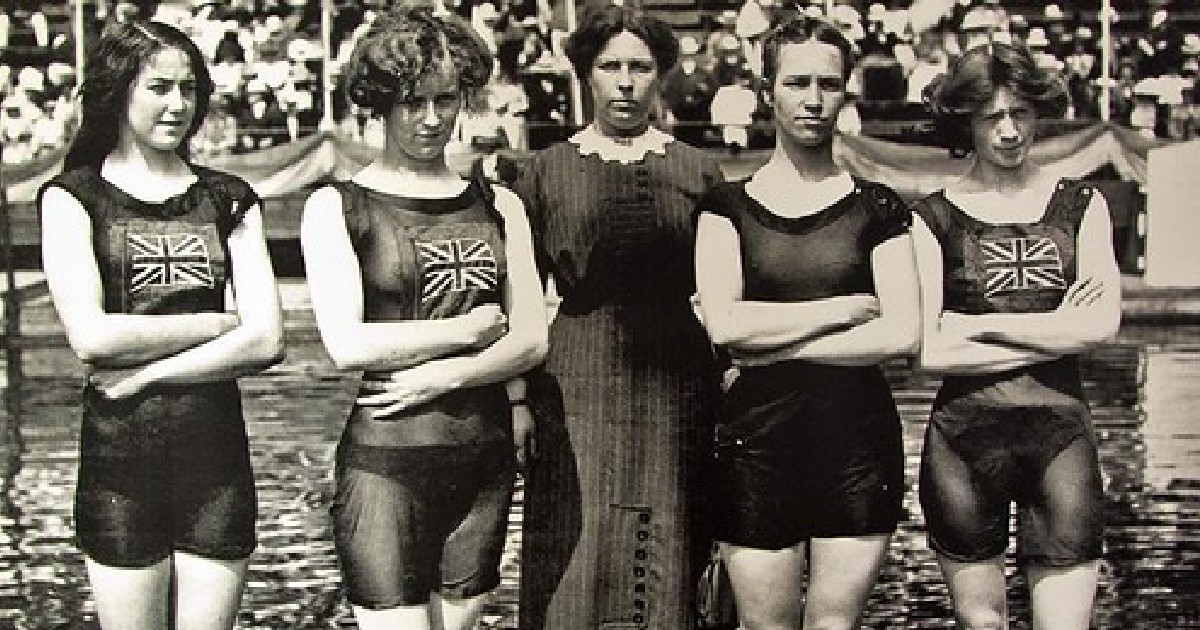 How to respond to THAT guy: a definitive guide

Image Description: The Women’s Rowing team at the 1908 Olympics.

Sometimes they are undercover. You think: this man is so bad at football/hockey/cricket/swimming, that there is no way that he would sit in a sports bar during the ACTUAL Olympics making ‘insightful’ judgments about female athletes. It’s always so disappointing to find out that you were wrong.

But fear not. There are steps to be taken. These men fall flat in the face of reasonable argument, or even the suggestion that maybe they should try pole-vaulting. Here are the top five responses to THAT guy, for all you female athletes/runners/occasionally puts leggings on in hope/campaigners out there.

The famous and only slightly sexist quote that Serena Williams would be ranked only like, 700 in the world (thank you John McEnroe) is undermined completely by suggesting that the average man™ who has just repeated it should have a go at actually beating her. So many men believe that they could, that this should be a pretty simple challenge, right? This is usually followed by an embarrassed silence (let them stew in it), or the idiot in question laughing awkwardly, and saying that it wouldn’t be possible to arrange a match anyway. Serena Williams is not the only athlete that you can match him against – be imaginative!

This works on many levels. I find in particular that anyone claiming that they could pole vault, do rhythmic gymnastics, or play netball (it’s just shit basketball, right?) without any prior experience or training should be responded to by screaming with laughter. Really go for it. I’m talking SHRILL.

Number 2: Make a sensible and informed comment about said sport, and make him look out of touch and ridiculous.

This works on many levels, but best if the man in question doesn’t know that you have a. played the sport in question all your life, b. are very, very good at it, and c. will probably be offered a contract to cover it professionally at some point in your life. Even if you don’t match these qualifications (and to be honest, who does? Are you an Olympian or something?!), the likelihood is that if you know anything about said sport, you know more than he does.

Cricket: “She’ll never hit it over that.” Response: “Well actually, her strike rate is very impressive, and she is typically a boundary hitter. She’s actually hit x number of sixes this tournament, and her career record is record-breaking…” etc etc.

Number 3: Mention the suppression and under-funding of women’s sport historically, and suggest that he help improve it.

To be completely fair, there are a lot of men about who have helped and are helping the cause of women’s sport. But there could always be more!

For example, the FA famously banned women’s football in 1921 on the view that it was unsuitable for women. Point out to the person who plays five-a-side once every six weeks with four lads from sixth form that this might have slowed – or even halted – women’s improvement, and that the continued under-funding of much women’s sport might have something to do with the slow progress…

You can then ask him if he would be interested in supporting women’s sport further, given that he cares so much about the standard – perhaps with a donation, or by taking up coaching or officiating?

This one is self-explanatory. Do it loudly and clearly, and with confidence and poise. If it helps, imagine you are standing on that Olympic podium with a heavy metal object around your neck – a heavy metal object that would really hurt if it was used as a projectile… That should help you achieve the right tone.

A sensible escalation. Really the only next step. At this point, be prepared for confused and hurt looks, because he will not know what he has said that is wrong. Because he’s a ‘nice guy’.

So there we have it. From the reasonable to the angry, five top responses to that man. Of course, you could just ignore him and enjoy the Olympics as far away from him as you can manage to get, but where’s the fun in that?