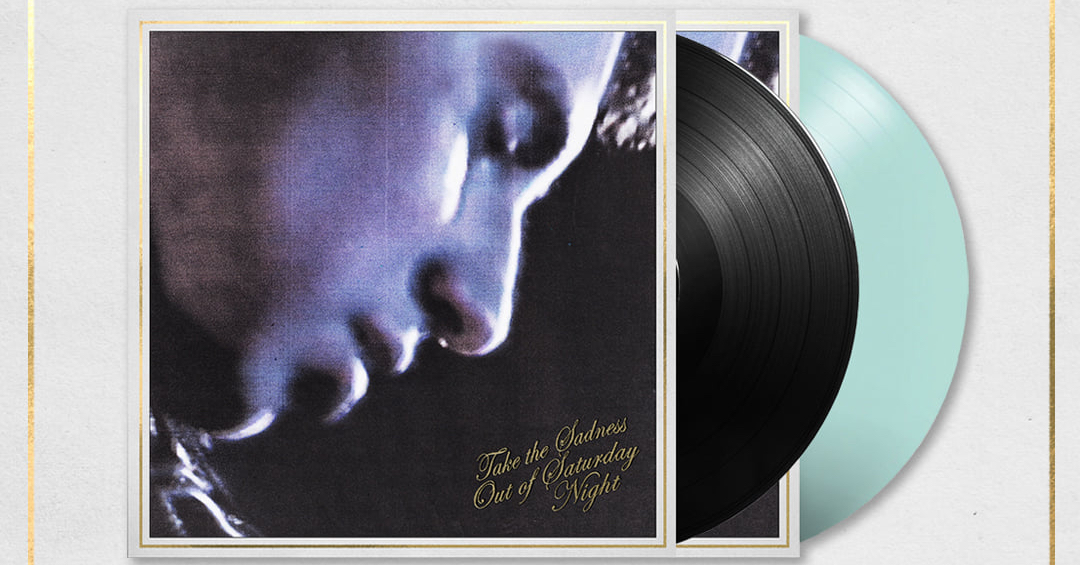 Take the Sadness Out of Saturday Night: Antonoff’s Expected Nostalgia

Image Description:  An Album cover of a blue contrast image of the side of Jack Antonoff’s face, with the words ‘Take the Sadness Out of Saturday Night’ written in italics. Records are coming out of the album cover.

Jack Antonoff expands his range of sound and emotion with Bleacher’s third studio album. If you’re not familiar with the American indie pop band, you might know Antonoff better as one of the members of the band Fun!. However, Bleacher’s retro sound is more alternative and pulled back than the better-known band’s music. While the youthful sound to the songs and the vague, edging on deep lyrics are something alike to Fun!, the atmosphere created by Antonoff is distinct. Take the Sadness Out of Saturday Night is an album built on atmosphere more than anything else.

This album develops Bleachers’ music just beyond what we’re expecting to hear. Rough saxophone, brass and wind sections and a myriad of folky elements invade an All-American, white picket fence sound the band had previously cultivated. ‘Stop Making This Hurt’ and ‘How Dare You Want More’ hark back to this classic Bleachers sound. Shout choruses and distorted guitar make me nostalgic for a high school experience I never even had, for girls who broke my heart that I’ve never met and for road trips to places I’ve never heard of.  There are moments and pieces, however, when Antonoff also shows us a softer side, highlighting his songwriting and production skills.

Take the Sadness out of Saturday Night is an album built on atmosphere more than anything else.

‘Secret Life’ featuring Lana Del Rey, ‘Strange Behaviour’ and ‘What’d I Still Do With All This Faith’ crack- if not break- the mould of what we expect from a Bleachers song. ‘Strange Behaviour’ is gentle with a rough saxophone, wind backing and scratchy acoustic guitar. It’s one of the few songs where we hear one or sometimes two voices carrying the melody instead of a group. It’s more vulnerable than his other pieces and therefore comes across as more genuine. By building the production less, Antonoff shows us more of his songwriting and ability to tap into emotion.  The result is a lovely lyrical piece. ‘Secret Life’ shows us a similar side, Del Rey’s low sultry contralto voice and Antonoff’s indie-rock tones complement each other in a song that sounds like it could have been written by Father John Misty.

The other big feature in this album is Bruce Springsteen in ‘Chinatown’. Where Lana Del Rey complemented the sound produced by Bleachers while her own voice and style shone through distinctly, Springsteen seems to blend into the background with a more textural role than anything else. If you feature an artist as big as Bruce Springsteen on your album, and the song in question isn’t something people talk about, or even really remember, you’re definitely not using them to their full potential.

Del Rey’s low sultry contralto voice and Antonoff’s indie-rock tones complement each other in a song that sounds like it could have been written by Father John Misty.

The weakness in this album is that there aren’t many obvious singles; none of the songs really stand out, and the ones that do do so in an expected, obvious way. The songs in the album aren’t bad per se. In fact, most of them are very good. It’s just that as a collection they don’t make a statement or surprise us in any way. Individually, the best they do is a good filler for a playlist. It’s not a bad outcome or damning to the album as a whole, but I don’t think we’ll be talking about Bleacher’s third album in a few years.

Take the Sadness Out of Saturday Night is in essence an album of atmosphere. It would be perfect for a soundtrack, punctuating plot points while leaving the audience barely aware that a song is playing. The content is similar to the title; there’s a thin glossy sheen of emotion without the depth to carry it through, leaving us with a pretty and enjoyable- but not entirely memorable- album.