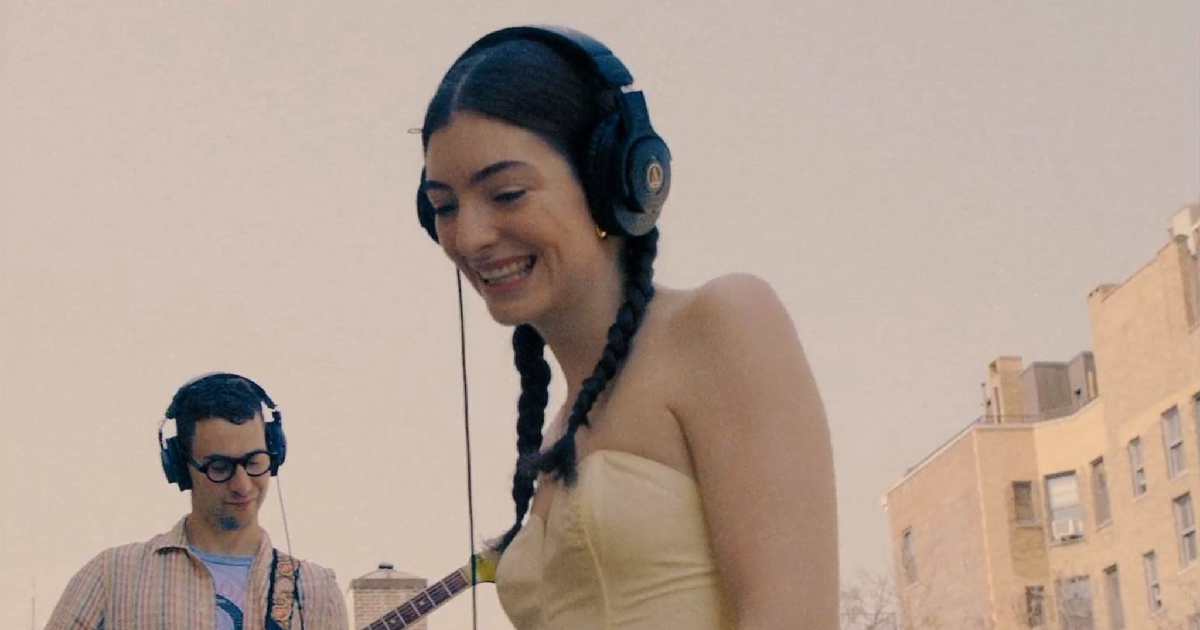 Image Description: Lorde and Jack Antonoff performing in the foreground of a city

For an album as sedentary as Lorde’s Solar Power, it is a remarkable feat to be as divisive as critics have proved it to be. Solar Power marks a stark contrast from Melodrama, its strobe-lit predecessor, and Pure Heroine, Lorde’s cynical debut.  Here, Lorde shys away from intensity but her songwriting prowess still shines through, despite the hazy sixties mood that makes it that bit harder to find.

Apparent in the string of singles that preceded the album, is the sense that Solar Power is somewhat restrained by its lack of production. It’s almost as if Lorde is scared of knocking the fragile melodies with a heavy hand, toppling the idyllic soundscape she aims for. When the music industry is brimming with meticulously produced pop stars created in Lorde’s image (see: Billie Eilish, Olivia Rodrigo, Griff), it’s understandable to want something different.

But there is a sense in which Solar Power feels like a shell of what could have been if Lorde and her (again, controversial) co-producer Jack Antonoff had let rip, and fleshed out Solar Power to match Melodrama’s grandiose scale. ‘On Mood Ring’, and the album’s more memorable moments, you can hear them tentatively sneak in synth sounds, although quietly, as though they are hoping we won’t notice, but elsewhere, songs like ‘Dominoes’ lack the impact they could have otherwise had.

Despite this, it’s the points where Lorde really leans into the theme of Solar Power where it really gets good. Opener ‘The Path’ uses Peter, Paul and Mary-style harmonies to transport lyrics that would have fit perfectly in either of her previous albums (“We are all broken and sad / where are the dreams that we had”) into her new sun-bleached setting. Solar Power’s weirdest moment is probably ‘The Man with the Axe’, a sparse commentary on her fame that meanders into an off-kilter love song. Its lack of adornment and unexpected melodies probably make it one of the most genuine moments, too, as Lorde, smiling, admits “I’m writing a love song for you baby,” in case we hadn’t already noticed.

Solar Power is, in an act of small defiance to the streaming age, an album that demands to be listened to in full. In her “weed album” Lorde masterfully creates a heady atmosphere that seeps into you the more you listen. Combining trippy acoustic guitars with breathy vocals that starkly contrast her earlier deep singing, Solar Power is less arresting than what came before. That, as she is so at pains to tell us, is exactly the point. Life is better when we slow it down; on Solar Power Lorde truly does seem (at points) to be happy, even if the blissful can tip over to the boring at times.