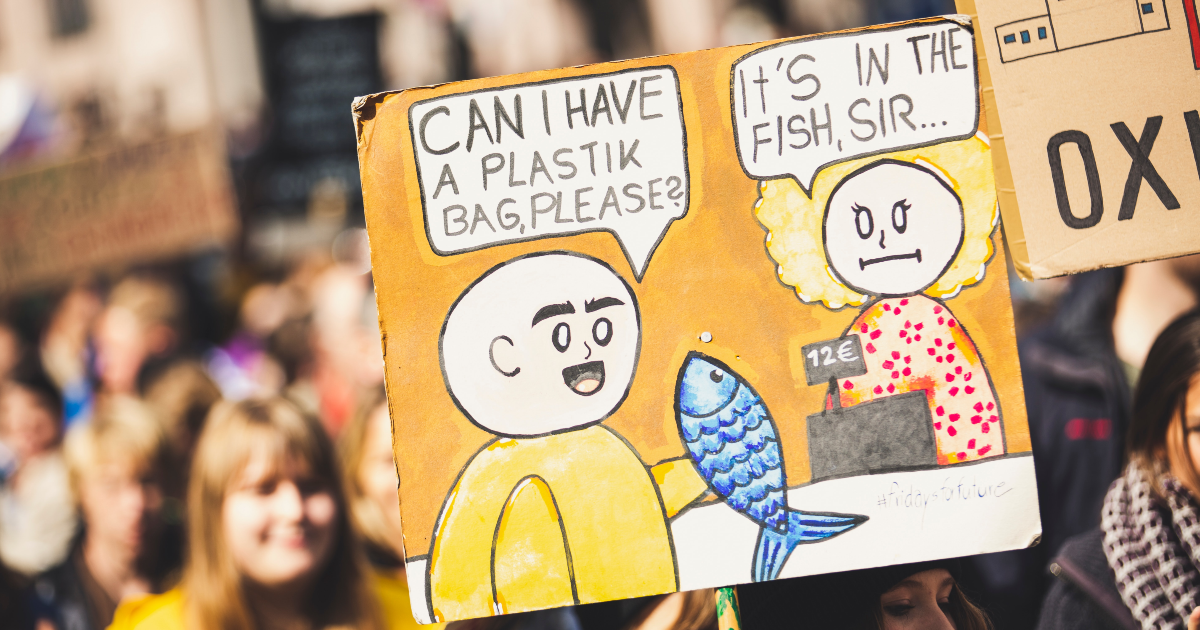 A code red for humanity – Can I really do anything to stop climate change?

Image description: a sign at a climate change protest

On 2nd August 2021, the Intergovernmental Panel on Climate Change (IPCC) released a landmark report on the planet’s current environmental state, and as ever, it was not good news. In the first report of its kind since 1990, 234 scientists collaborated to reach the same damning conclusion: we are running out of time to reverse the effect of humanity on the environment. No matter how the most recent climate report is examined, the glaring message that humanity is on the precipice of irreparable consequence is inescapable. The warnings from scientists and various environmental groups have steadily grown in urgency over the past decades with each new report or piece of hard evidence demonstrating the effects of climate change making headlines every couple of months. However, the labelling of the climate changing at “unprecedented” levels with humans as the key culprit cannot be swept under the carpet.

The more immediate effects of our behaviour as a species over the last few centuries is extreme weather, rising sea levels and melting Arctic ice, and rising global temperature above the limits set out in the Paris Agreement made in 2015. The agreement stated that limiting temperature increased to 2 degrees Celsius above pre-industrial levels would be achievable if carbon dioxide emissions were reduced to net zero by 2050. The importance of the report is not only its grave tone, but also the fact it comes at a time where the extreme consequences of climate change are hitting the headlines on a weekly basis. German, Belgian and British flooding, California’s wildfires, even a global pandemic rumoured to stem from the disruption of biodiversity – all are natural disasters that have been either brought on or exacerbated by a lack of government action.

Closer to home, only a few weeks since this report was released, it has come to light that several steps that could be taken in the UK to get closer to that net zero target have been actively avoided by government. Citing large short-term costs that appear to be unmanageable according to the Treasury, a vast range of initiatives that encouraged environmentally friendly decision-making were halted. These range from supporting the phasing out of personal gas boilers to unfreezing fuel duty in order to encourage electric vehicles, to not increasing train fares disproportionate to inflation. Each of these appears to be simple policy changes the Treasury could have committed to in order to demonstrate their seriousness in meeting the net zero target. The choice to pin the blame on wider “humanity” whilst making eco-friendly living an expense most cannot afford is unethical, or simply, cowardly.

The choice to pin the blame on wider “humanity” whilst making eco-friendly living an expense most cannot afford is unethical, or simply, cowardly.

Greta Thunberg’s latest cover feature for Vogue Scandinavia’s first issue puts this argument into perspective. She states that sustainable fashion is “impossible” in the current capitalist consumer system, as even when labels carry that, well, label, it is more often than not merely a greenwashing statement. Sustainable fashion may reassure a consumer that the workers the company employs are being paid fairly, or that the fabrics used are ethically sourced; however, this all-encompassing term can easily be used to skim over the wastage of excess water used in production, or fossil fuels burned for the clothing to be transported to stores and doorsteps at the click of a button. Whilst I have an admiration for Thunberg’s ability to borrow from others and simply not buy clothes for over four years, the fast fashion culture that has swept through the younger western generation, in particular, shows little signs of slowing, myself included, due to its inevitable prevalence. Taking the additional time to carefully select a truly “sustainable” clothing item, offset any environmental damage and pay a considerably higher price to do so for many simply isn’t feasible.

The ‘red warning for humanity’ that comes as a result of the latest IPCC report on the Earth’s state should shock governments and global corporations into action; however, the fact it comes off the story of Bezos and Musk engaging in a pseudo-space race (touching off the ground for under a minute and coming back again) is far from reassuring. Commercial space travel may be exciting, especially when you have the money to do it; however, moral reasoning surely rings alarm bells at some point. Why should I make the effort to recycle if Jeff Bezos can solve the climate crisis with half of his wealth?

Is it worth me carrying on recycling or turning to veganism in the name of saving the world? Although it seems hopeless, the long-run effect of collective action means I probably still should, even if it is done in frustration at those with greater power than me. Even on an individual scale, minding your carbon footprint can pay off in the long run, even if we only consider individual health benefits. In London, collective campaigning over ‘toxic air’ in areas with high pollution levels has resulted in the installation of improved air quality testing across all boroughs. This change has helped the local communities to not only recognise that – as was with all tested areas – toxic air is at dangerous levels, but also aids understanding and encouragement when collective action is taken to reduce these levels.

Code red presents a real, alarming threat. Begrudgingly, though, I will have to accept that what is even more dangerous is if these headlines stop environmentally friendly efforts rather than encourage them, no matter how small.