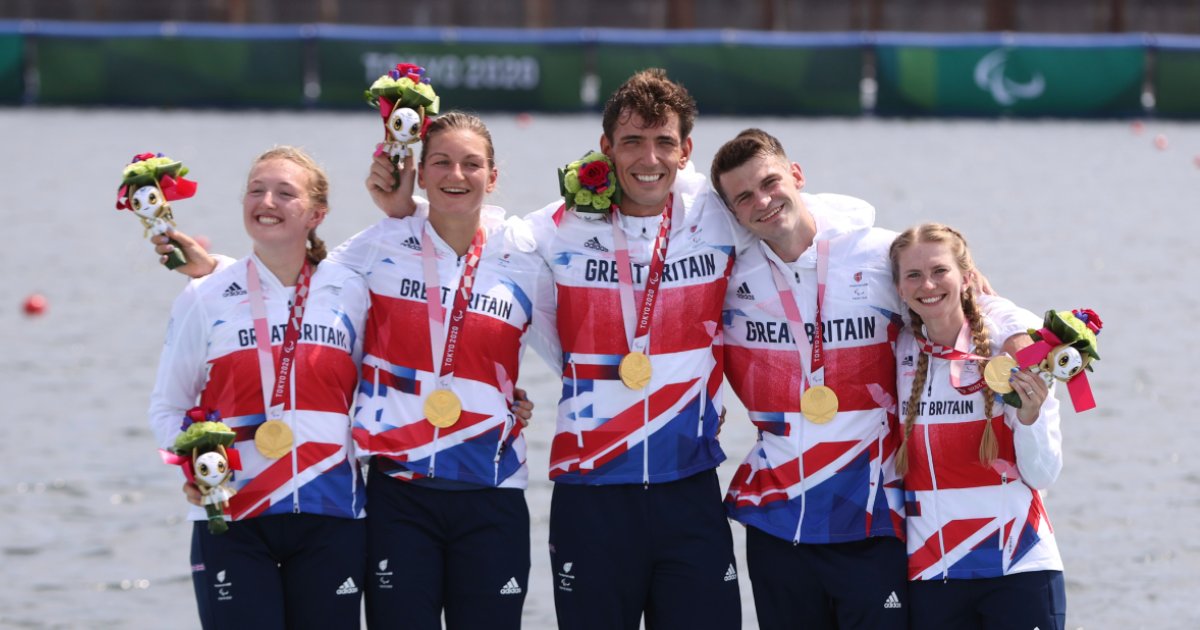 In conversation with Erin Kennedy

Nothing is certain on the water, and at first the race seemed a dead heat between Great Britain and the United States. However, Kennedy’s boat soon opened up a decisive lead and they won in 7:09.28, 11 seconds clear of the US.

When I speak to Kennedy via Zoom from her home in Henley-on-Thames last Tuesday, she is visibly “delighted but also quite relieved” by the result. “It was a hairy first few minutes but once we got into the second half of the race, I was just trying to enjoy it and soak it all in,” she says.

“There was a huge push just to get us to the Games in the first place with the pandemic, and there were so many questions about whether or not Tokyo was still going to happen. There were a few positive cases in the Village but thankfully none within our own team.”

The closeness of her bond with that team is immediately apparent. It was touching to see Kennedy present the gold medal to her crew – James Fox, Ellen Buttrick, Ollie Stanhope, and Giedrė Rakauskaitė – herself after the race. A good coxswain has to wear many hats: navigator, motivator, coach, tactician. In eights’ rowing, the cox will sit at the stern of the boat facing the rowers. In Kennedy’s format, by contrast, the cox sits at the bow and can’t see the rowers (who sit behind them). This calls for a good deal of mutual trust and Kennedy likens it to driving a car: “when you’re driving along, you can’t see the engine but you still know if you’re in the wrong gear.”

Kennedy has helped turn the PR3 mixed coxed four into one of the most successful categories for British rowing. Great Britain has been undefeated in the category for 10 years. During her tenure as cox, her boat claimed victories at both the 2019 World Rowing Championships in Austria (setting a new world record time of 6:48.24) and the European Rowing Championships in Italy earlier this year. 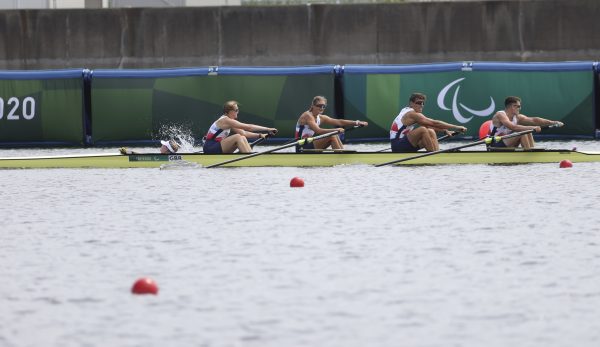 She is gushing in her praise for her crew; coaches, and staff who helped them prepare for the Games. “The support staff and everything around the sides makes it really easy to be a professional athlete,” she says. “It sounds odd, but when you have a coach that’s telling you what to do – and maybe you disagree or maybe you’re really tired and you don’t want to put that extra session in – you know that they’ve coached to gold medals multiple times and what they’re doing works.”

“Olympic and Paralympic athletes all train together for the same European Championships, the same World Championships, and so that makes you feel part of a bigger movement and I think you get more momentum,” she adds.

This year, Kennedy has achieved something which her Olympic counterparts couldn’t quite match. Tokyo was the first Olympics in which Great Britain failed to win any gold medals on the water since 1980. Kennedy points to the departure of senior coaches and the high level of athlete turnover after the “unprecedented success” of Rio. “I think sometimes you find that when you find success, people are more content to retire; whereas when you have disappointment, people don’t want to close the book and they want to carry on. So if you look at the men’s programme, for example, on the sweep side they won two golds in Rio and only one person out of those 16 athletes continued on to Tokyo. The women’s side was very similar: there was only one sweep athlete, Karen Bennett, who ended up on the women’s four and a couple of them came back and did the pair.”

In that context, Kennedy concludes that it was “maybe unfair to have expected our Olympic Programme to be able to relive and reproduce the results of Rio, which were really outstanding.” However, she is optimistic for the future: “I’d be really surprised if we don’t see a massive U-turn when it comes to Paris because so many of those athletes will have so much more training in them and the new structures in place at British Rowing will be a lot more solid.”

Kennedy (then Wysocki-Jones) graduated from Pembroke in 2014 with a degree in History and English. It was at Pembroke that her passion for coxing began. “The first time I sat in a boat was freshers’ week, and I started because I loved sport but I was a jack of all trades and master of none; I did climbing, cycling, surfing, but I was just sort of socially good. I jumped in a rowing boat and I just loved it. I’m quite competitive” – she laughs – “I’m very competitive and I liked the strategy side of things, which is a lot of what coxing is. It’s sort of psychology, strategy, and keeping fit as well.”

“I think what really kept me in rowing was the social stuff. Pembroke Pimms is infamous and you meet great people, which is really good fun.”

In her final year, Kennedy stepped onto the national stage when she helped win a triumphant victory as cox of the women’s eight in that most famous of Oxbridge events: the Boat Race. “The Boat Race is incredible,” she says. “I think where it differs to anything else is that you feel the whole of Oxford is behind you. This has been an incredible experience doing the Games but there’s nothing quite like the Boat Race because it’s literally one of the biggest, oldest rivalries ever.”

“It made me realise that there’s life beyond the Isis and there’s a whole rowing world that exists outside of Oxford.”

“I think where it differs to anything else is that you feel the whole of Oxford is behind you.”

After university, Kennedy moved to a club and was selected for the Olympic Programme in 2016/17. When she lost out on selection for the World Championships to another cox with a different style, she approached the Paralympic team and was soon brought aboard. Kennedy says that she values the chance that working on the Paralympic side, which is considerably smaller, gives her to make a bigger individual impact. She also likes the “more natural dynamic” of coxing a mixed gender team.

“We all get on really well as friends, which helps because we spend a lot of time together,” Kennedy says of her crew. “In terms of them being actually para-athletes, the four that I cox are very minimal disability – PR3 is one of the less disabled classes at the Paralympics – and so to look at them on a podium you probably wouldn’t necessarily be able to pick out their impairment. So in terms of my coxing, it wasn’t a big shift to cox them; I just had to be a bit more creative and innovative to make sure I was coxing for their individual disabilities.”

Kennedy credits her Oxford rowing days with preparing her for much of her later professional success. “College rowing is, I think, the best version of club rowing because you’re not just rowing for fun, you’ve got a purpose. Bumps racing is still some of the funnest rowing I’ve ever done, because when are you ever allowed to try and hit other people? I spend my whole life trying not to do that now!” she laughs.

She adds: “I think you develop a bond in college rowing which is unlike anything else because you’re living the rowing stuff but you’re also sharing the same life experience. You’re all at Oxford, desperately trying to do good enough, do all your lectures, have a social life, catch up with your family and all these other things, but you’re all doing it together and you’re all united by this challenge of rowing.

“And then when it comes to the Boat Race, it’s probably the only other time – besides working towards the Games – when you’re working towards one thing. It’s not like a whole season, it’s ultimately one seven minute race and the result of that race will determine a lot of things – was it worth it, can you justify everything you’ve done in just a couple of minutes?”

Her advice for next year’s crew: “Back yourself, and if you think you might be good enough then definitely give it a go. I think the Boat Race is 60% physical, 40% mental. Getting yourself selected is hard enough, and I was the definitely the underdog going into trials. The person I was trialling against had coxed all the way through school, and I was 2 and a half years into coxing. But I just went for it and committed everything, and I’d say you won’t have any regrets if you just go all-in – and I think Oxford students go all-in to pretty much everything they do.”

“The Boat Race is one of the best things I’ve ever done. If I ever get my life together and do another Masters, I would totally come back and do another one!”