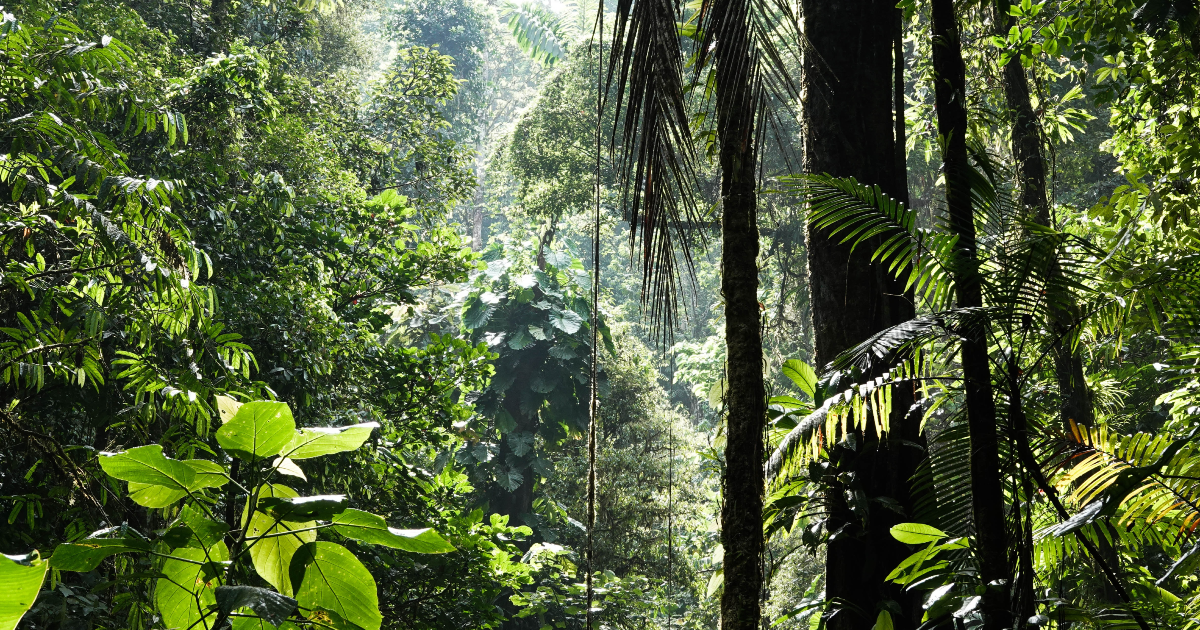 Our land our nature: The inaugural alternative conservation congress

Image description: A picture of a rainforest

From 6th September, amidst Extinction Rebellion’s two week “Impossible Rebellion”, young people from WTFWWF and XR Youth began occupying WWF UK’s headquarters in Woking. They asked WWF UK to take part in a Zoom call with Indigenous communities from Tanzania, Cameroon and Kenya and demanded WWF UK to  (1) Stop the Harm; (2) Ground Conservation in Justice; (3) Be Accountable; (4) End Toxic Relationships”.  On Friday, as the activists left the building after 4 days, with WWF UK having walked away from dialogue and ordered arrests, as the organisers of Our Land Our Nature led a march through the streets of Marseille, the International Union for the Conservation of Nature (IUCN) 2020 Conservation Congress began proceedings, also in Marseille. This all comes a week after enormous protests in Brazil by 117 Indigenous groups, comprising 6000 individuals, against legislation that will undermine their rights to their territories.

It was thanks to the collaborative organisational efforts of Survival International, Minority Rights Group International, Rainforest Foundation UK, the Igapo project, Conservation Solutions Afrika and others, that Our Land Our Nature –  “the first congress to decolonise conservation” – took place: in three simultaneously translated languages, to thousands of free online viewers, over two action-packed days. Topics covered by the panel sessions ranged from the colonial origins of nature conservation through to the highly militarised, human-rights-violating practices that are its current mainstream, and on to international policy frameworks that will determine its course over the coming years and decades.

It might well be asked why there was a need for an alternative conservation congress. Or for that matter, why WWF was the subject of protest. Certainly many Twitter users responded confused and outraged to the latter, not wanting to believe what they were being told. Aren’t they the good guys?

The first events of Our Land Our Nature gave the answer loud and clear, with every subsequent panellist eloquently, soberly affirming the relevance of the conference in which they were participating. “Fortress Conservation” explained the first panel, is a paradigm founded on the assumption that Humans and Nature are fundamentally opposed to one another. This assumption has led to untold suffering to both.

Nature, referring to The Wilderness, does not have humans in it. To protect such areas, therefore, fences must be erected. People living within the fence are expelled elsewhere, and access to the new ‘Protected Area’ by those people is restricted. The enforcement of such restrictions may be carried out by armed ‘eco-guards’. Local communities, prevented from living in the park, are implicated as the problem, even though their ‘destructive’ activities vanish in comparison with the high-consumption industrially-powered lifestyles of tourists visiting it.

the expulsion from his ancestral land is fundamentally a severance of his identity, which is inseparable from the land.

An example of fortress conservation in action was given by Deborah Rogers, from the Initiative for Equality, and Julien Basimika, activist and member of the Bakanga clan within the larger Batwa Indigenous group in modern-day Democratic Republic of Congo (DRC). They described the forceful evictions and abuses arising from the expansion and maintenance of the Kahuzi-Biéga national park, a UNESCO World Heritage site. After expansion in 1975, funded by the German and US governments among other donors, 6000 Batwa people were evicted and forced to relocate with no compensation. Basimika describes how he does not feel welcome elsewhere in DRC and how the expulsion from his ancestral land is fundamentally a severance of his identity, which is inseparable from the land.

The abuse and violations have never stopped. Thousands of Batwa have been killed, raped and abused in recent years, in what can only be described as a genocide. On July 23rd this year, at least three Batwa villages were attacked and burnt. In 2018, a group of Batwa people returned to their lands inside the park. Two years later, in January 2020, eight individuals were arrested and six were sentenced to 15 years in prison. A land-mark victory this July won them back their freedom.

not only is the fortress conservation model a disaster for human rights, it is also not an effective way to conserve biodiversity.

One of the key messages emphasised by speakers throughout the day was that not only is the fortress conservation model a disaster for human rights, it is also not an effective way to conserve biodiversity. Lara Dominguez, from the Minority Rights Group, noted how many nations are fairly close to reaching the Aichi target, adopted in 2010, for 17% of terrestrial land to be in protected areas, yet biodiversity – as many of us are aware – has continued to severely decline. Yet despite their injustice and inefficacy, protected areas are relatively unquestioned as the main tool through which to conserve biodiversity into the future.

With regards to the ‘false solutions’ to climate change, Frédéric Hache at the Green Finance Observatory argued that they do not address the root causes of biodiversity decline and climate crisis. More than this, financing offsetting schemes may make polluting companies more socially acceptable, and dampen challenges to their activities. The real solution is heavy regulation of extractive and polluting industries. As the author and activist Ashish Kothari put it: if 30% or even 50% of the Earth’s surface was protected, business as usual in the remaining 70% continuing to pollute Earth’s sinks and deplete its sources will make such ‘protection’ close to meaningless.

the panellists and organisers are not ‘anti-nature’. What is being critiqued is the methods.

Increasing the area of land and sea under legal protection and appreciating the role that the biosphere can play in mitigating against climate change are not in themselves bad things. As Survival International France Research and Advocacy Officer said in her introduction – the panellists and organisers are not ‘anti-nature’. What is being critiqued is the methods.

For example, Archana Sang, from the UN Secretary General’s Youth Advisory Group on Climate Change, said that Nature-Based Solutions to climate change must be implemented with the consent and leadership of local communities. In these territories, as many panellists agreed, conservation can be led by traditions that have developed over many generations to ensure the nature upon which communities depend is safe-guarded. In these territories, as Julian Basimika emphasised, the people who know the land better than anyone can also be the most effective enforcement in preventing genuine wildlife crimes.

Several themes were emphasised by multiple participants. The structures of global frameworks must include mechanisms for the continual inclusion of Indigenous people and local communities in decisions, especially with regards to governance. This will ensure high-scale policies are effectively implemented in local areas. Part of this will involve interrogating and addressing the deep-set power structures that imply what interests are valued when it comes to decision-making and knowledge. Finally, there needs to be research – biological, but crucially also socio-political –  into the impacts of different conservation methods, and much greater reporting of these impacts back to donors and the public.

On Friday, the first day of the IUCN World Congress, the Global Indigenous Agenda was presented – the first time a motion has been put forward by Indigenous Peoples Organisations to the IUCN – which “calls for the secure recognition and respect for collective indigenous rights and governance of lands, territories, waters, coastal seas and natural resources. It also calls upon the global community – from states to the private sector, NGO conservation community, conservation finance and academia – to engage in specific joint efforts to support the realisation of the Agenda, such as co-designing initiatives and collaborating on investment opportunities.”

This is enormously encouraging, and with the lessons from the experts at the Alternative Conservation Congress in mind underscores the need to maintain pressure in the coming months and years to ensure what is needed is done – for people and the planet of which they are a part.