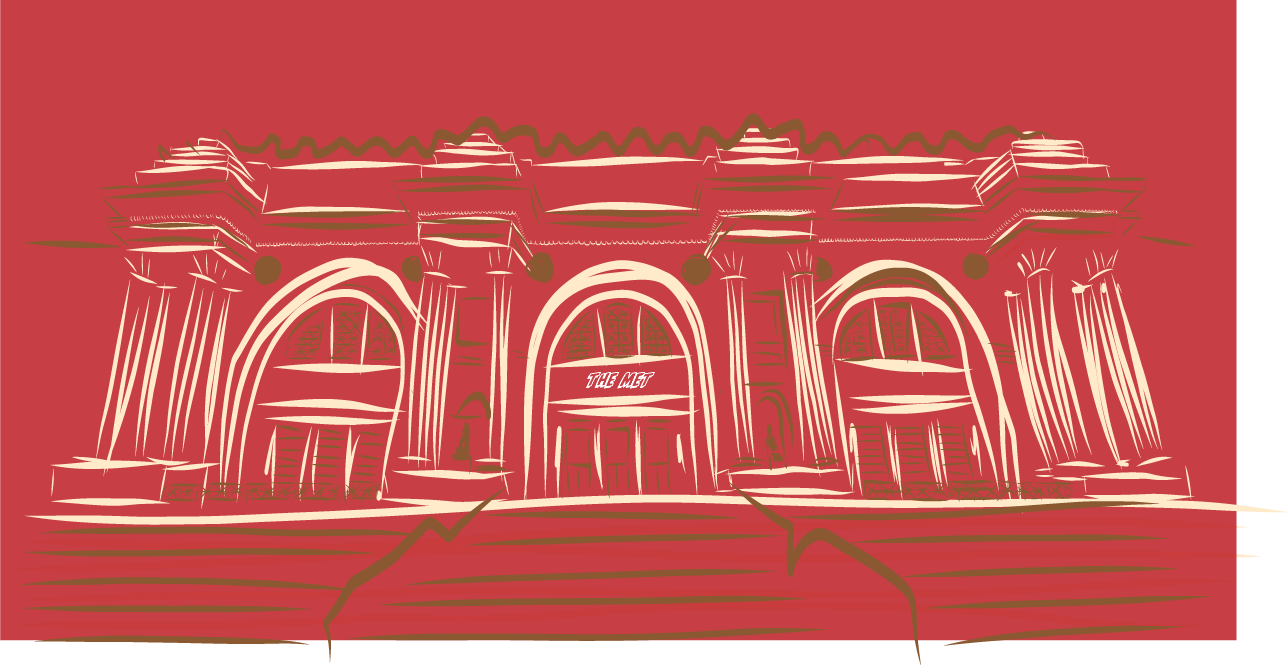 Image description: A sketch of the Met museum, New York.

On Monday night, the rich and famous superstars of the USA gathered at the Metropolitan Museum of Art in New York to be, well, rich and famous. Far from giving Hunger Games style Capitol fashion and/or decline of the American Empire vibes, some looked good. Most looked shit, especially considering the huge dollar dollar spent on their clobber clobber. In an ideal world, we’d axe the rich and never have one of these Gala things again. But we all love a listicle, so here’s what we thought of the Good, the Bad, and the Kim K:

Addison played a little ARG with us before debuting her look, that clever cookie. Posting pictures of Marilyn Monroe, Kate Moss, and Britney in red dresses – whatever could famous TikTok-er, and star of Netflix’s He’s All That, be wearing? It was, in a shock to any and all systems, a red dress! Wow! Epic! And she described it as “2003 vintage”, too: a big surprise to all those July birthdays looking forward to being a fresher this year. In all honesty, the dress, the vibe – and her presence at the Met Gala itself – can only be summed up as a bad *bleep*, er, Addison Rae.

Frank brought a plus one to the Met Gala this year in the form of a creepy alien baby thing and, as all plus ones should, they matched! Frank’s neon green hair coordinated with the baby’s skin perfectly. Clearly having arrived at the Gala via the gift shop of Shrek’s Adventure along the London Southbank, Frank Ocean was channelling, of course, famous American ventriloquist Edgar Bergren (who else?!). It was pretty clear that Mr Ocean embodied every word in the “American lexicon” – though the words seemed to be coming from the baby instead…

Step 2. Turn up at exclusive party for the rich

That’s how Marx did it right? x

Everyone’s favourite pregnant chart-topper pulled off a Final Fantasy (Lil Nas) X at the Gala: multiple quick outfit changes on the red carpet? Get this bad b on America’s Got Talent. Looking at first like a king size duvet at Hotel Montero, before stripping to reveal an Iron Man beneath the sheets – and a further skintight bodysuit channelling what I can only assume is the matching wallpaper in the suite – there’s only one name I’d like to call Lil Nas X by, and that is ICONIC.

One has to feel sorry for Kim K’s makeup artist this year. This is the woman who broke the internet, whose face is instantly famous and who… has decided to cover herself in the cover art to her ex-husband’s new album, Donda. Giving full black Dementor cosplay, you would rather see this at Comic Con – or perhaps a jewel heist. Probably fitting considering she no longer has access to Kanye’s crown jewels. Hoping someone unlocks her as a playable character on Smash Bros again soon x

That one lady youth off the telly playing tennis turned up to the get-together. I’d imagine the Daily Mail will now have content for at least the next month.

Forget Met Gala, welcome to the Ket Gala. Far from feeling safe with the Gala’s double vaccination mandate, Kim here has chosen to overdose on horse dewormer favoured by the American far-right, Ivermectin. I guess it does technically count as “American Lexicon”, though I doubt many of Kim’s biggest Republican fans could spell the theme error-free. Though I’m worried she may have gone on a Sugarcrash, I hope I won’t see my Heart to Break into Broken Glass here – this outfit is serving. The Future Starts Now. Whoop ahh.

What do you call this look? Going-to-the-loo-in-the-middle-of-the-night chic.