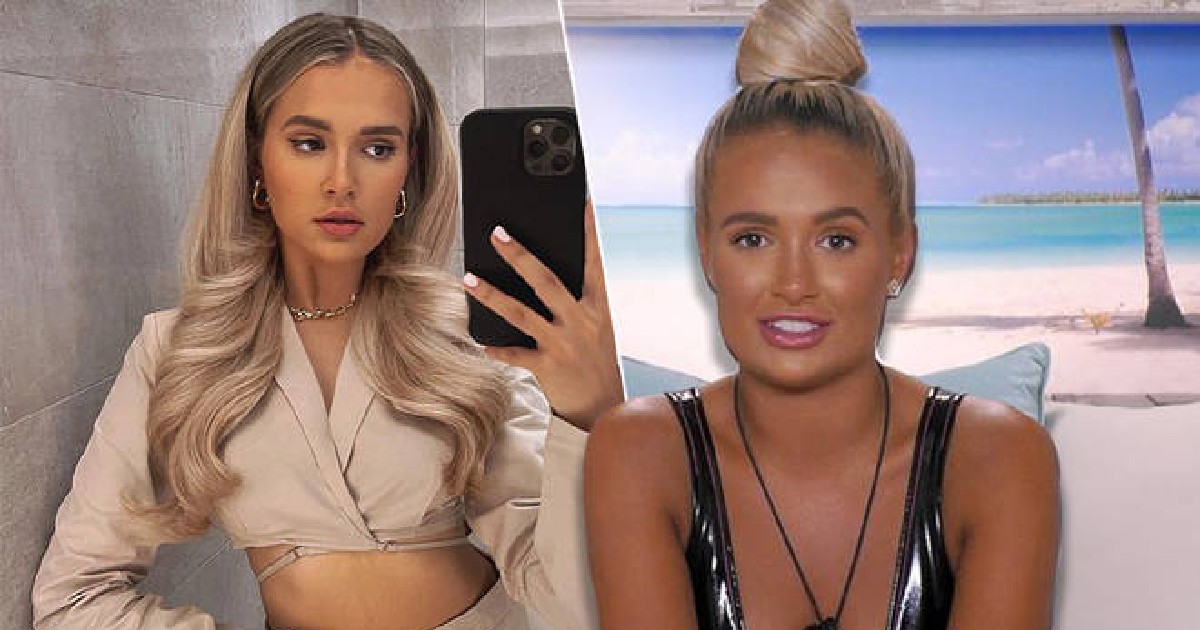 Molly-Mae Hague: Is Fame such a Pretty Little Thing?

Image Description: a side-by-side of Molly-Mae before and after Love Island.

For those familiar with Love Island, Molly Mae Hague is one of their biggest success stories. Coming second with her boyfriend Tommy Fury in 2019 she has far surpassed previous contestant’s post-villa stella trajectory. Amassing over 6 million Instagram followers and lending her name to several clothing collections, as well as a successful personal blog and celebrity guest appearances under her belt, Molly Mae can quite rightly claim she is “not just an influencer any more”.

Indeed she is now a creative director at Pretty Little Thing, infamous fast fashion label co-founded by Manchester brothers Umar and Adam Kamani in 2012 before being taken over by their father’s company Boohoo. As of 2020 their revenue was £519.3 million so this promotion is nothing to be sniffed at. However despite Molly Mae’s determined stance that she is no longer simply an influencer, she is failing to see that she is still very much an influential individual.

“with ever increasing calls on governments to make meaningful changes to try and slow global warming down, Molly Mae’s public support and promotion of such a damaging fast fashion retailer feels somewhat like a slap in the face”

In recent years, and rightly so, companies such as PLT, Boohoo, ASOS and a host of other online fast fashion retailers have come under a barrage of criticism for their environmental and ethical impact. Research by the charity Royal Society for the Arts (RSA) looked at 10,000 items being sold by Boohoo, Prettylittlething, Missguided and Asos and found on average 49% were made of polyester, acrylic, nylon and elastane. As well as concluding that 60% of Boohoo’s women’s clothing and 57% of Boohoo-owned Prettylittlething’s were made entirely from new plastics. The result of this is approximately 1.2 billion tonnes of carbon emission are produced by the global fashion industry (2015). At a time when (young) people are increasingly realising that it might be too late to halt climate change, and with ever increasing calls on governments to make meaningful changes to try and slow global warming down, Molly Mae’s public support and promotion of such a damaging fast fashion retailer feels somewhat like a slap in the face.

It is perhaps unfair to attribute blame entirely to Molly Mae; Love Island has partnered with several fashion retailers who, upon the end of the show, provide the majority of promotional deals for the contestants. However, no previous contestants have reached quite such dizzying heights, and none have had a seat at the table before. Molly Mae’s influential if not influencer power has been recognised and harnessed by the brand to boost sales. Instead of Molly Mae calling for better working conditions for staff in its Leicester factories (a Sunday Times report found that workers in the factory, producing clothes for Boohoo’s Nasty Gal range were making no more than £3.50 an hour), or a reduction in the amount of clothes produced monthly by the company, she has splashed the news across social media without, seemingly a care in the world.

“Molly Mae, it seems, has got into bed with one of the UK’s most influential and successful fashion retailers at the expense of the environment and the welfare of its workers”

Pretty Little Thing have attempted to address the concern over their environmental and employment practices by appointing a former high court judge, Sir Brain Leveson, to independently review how ethical the business is. They have also pledged, by autumn to make 20% of the clothes they sell sustainable and by summer to increase that to 40%. And, whilst superficially this seems like a step in the right direction, I can’t help but feel it’s simply greenwashing. When interviewed for Newsbeat, Molly Mae insisted she is a “a strong believer in wearing the same dress twice” and just to prove it said “I even captioned one of my Instagram pictures the other day saying ‘PSA it’s ok to wear the same dress twice’ – it’s a bad habit us girls have got into, like if you put it on Instagram it means you can’t wear it again.”.

But nevertheless, as many of us are aware, wearing the same dress twice instead of just once before throwing it away is hardly sustainable and suggests a complete stagnation in the brand and its partners’ thinking towards the damaging effects of fast fashion on the environment. This rather cavalier attitude was reflected in an exclusive BBC interview Boohoo’s chief executive John Lyttle who claimed that the brands and company did not adopt or encourage a throwaway culture. He claimed that fast fashion is often seen as a “buy it, wear it once and then I throw it away”, but that company business data simply did not reflect that. When pushed further about the practice of buying more and more clothes despite not needing more, Lyttle simply said “the reality is that we all have to wear clothes”.

Molly Mae, it seems, has got into bed with one of the UK’s most influential and successful fashion retailers at the expense of the environment and the welfare of its workers. And, instead of using her platform to call for greater change, has committed to continuing pre-existing and detrimental practices. Despite her protestations, Molly Mae Hague is still very much an influencer and, like it or not, influencers’ decisions carry wait and sway, and I am disappointed that someone in such a spotlight would so waste their celebrity status.