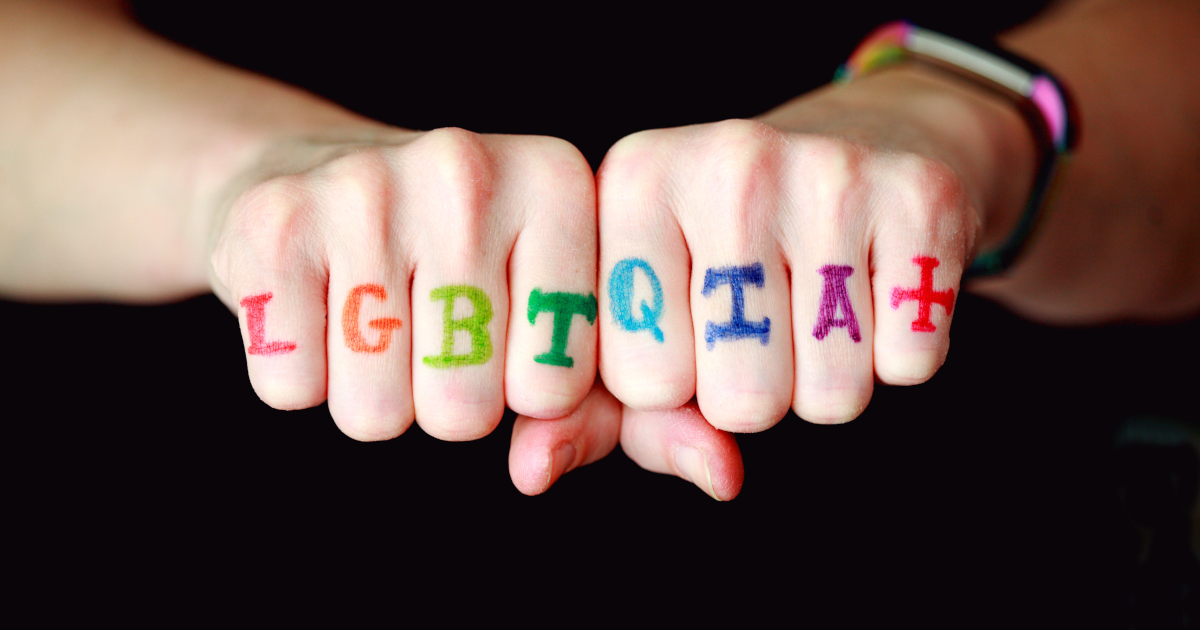 A historical perspective on sexuality labels

Image description: two fists with “LGBTQ+” painted on the fingers

Currently in the 21st century, our identities are often closely linked to gender and sexuality. While the former has been an identifying factor for centuries if not millennia—although the perception of gender has changed—the latter is a comparatively new concept. We might not pause to think about them, but sexuality labels like hetero-, homo-, and bisexual are frequently used to describe who someone is. These terms can be empowering, restrictive, or perhaps you don’t care much about them either way. Regardless, the history of labels is definitely something worth taking a look at.

Where to start if not in ancient, or rather classical, Greece? These days, the ancient Greeks are frequently credited with being tolerant of what we think of as male homosexuality, and to an extent they were. There are plenty of historical sources which speak of same-sex relationships as not only acceptable but desirable, one of the most famous of these texts being Plato’s symposium, which discusses the nature of love. Yet, the ancient Greeks had no concept of sexual orientation the way we do. They would not have used terms such as hetero-, homo-, or bisexual.

The ancient Greeks had no concept of sexual orientation the way we do.

To them, different types of relationships were appropriate at different stages in a person’s life or, more accurately, in a man’s life. Sexuality was, in short, perceived as a phase rather than a permanent identity. The type of same-sex relationship that was endorsed was that of an adult man and an adolescent boy, where the man acted as the boy’s mentor. Without going into graphic detail, one of the reasons why such relationships were approved of in city states like Athens and Sparta was that the boy was clearly the submissive party. In other words, the boy replaced the role normally regarded as that of the woman, being younger and thus inferior. While two adult men engaging in a relationship would hardly be punished for it, one of them ‘had’ to be the feminine party. Femininity per se was the undesirable variable. What of the actual women, then? Apart from the female poet Sappho who wrote homoerotic poetry about other women, we know comparatively very little. This is hardly surprising considering the extremely patriarchal society that permeated most Greek city states.

Skipping ahead to the medieval period, we can dismiss the notion that the church exercised complete control over what ordinary people did or did not do. Yes, the church had considerable influence. Yes, the church tried its best to regulate when, how, why, and with whom people had sex. But no, the church had no way of enforcing its every rule. The one acceptable romantic and sexual relationship in Catholic Europe in the medieval era was that between a lawfully wedded husband and wife, with procreation as the sole object. If you digressed from this convention, you were committing what was commonly known as sodomy. A husband and wife who committed sodomy by not aiming for procreation did by no means run the same risk of prosecution as a same-sex couple, but prosecution in general was rarer than we might think. Again, no modern labels or concepts of sexual identity applied.

We can dismiss the notion that the church exercised complete control over what ordinary people did or did not do.

In the 18th and early 19th centuries, friendship was often valued higher than romance. Female friendships in particular were sometimes idealised, with letters between friends containing extraordinary amounts of emotion. To a modern reader, they can even resemble love letters. As a result, we might question whether these women would have recognised themselves as being romantically involved if they had lived in our western, contemporary society, or whether friendship truly was all there was to it. The answer is, of course, that we will never know. In some cases, it was part of the age—the emphasis placed on emotion by Romanticism, for example—and in other cases the relationships may well have been more than that. When they were, women often had an easier time flying under the radar than men, largely because women have not been taken as seriously as men through the ages.

So, when were the modern terms for various sexualities coined? The answer is, for the most part, in the mid- to late 19th century. The second half of the 1800s was also a time when legislation against and prosecution of LGBTQ people was harsher than at many other points in history. In 1871, male homosexuality was outlawed throughout the newly formed German Empire; in 1885 the British Criminal Law Amendment Act read ‘Any male person who, in public or private, commits /…/ any act of gross indecency with another male person, shall be guilty of a misdemeanour, and being convicted thereof shall be liable at the discretion of the court to be imprisoned for any term not exceeding two years, with or without hard labour.’

When were the modern terms for various sexualities coined? The answer is, for the most part, in the mid- to late 19th century.

The truth is that this is an extremely brief account of the history of labelling sexuality; there are whole books written on the topic. I hope, though, that it can provide even just a little perspective. Sometimes we get so wound up in categorising people and associating stereotypes with those categories, that we forget how recent our way of thinking is. I’m not saying we should model our treatment of other people on how things were in the past—on the contrary—nor that labels are a Bad Thing. That’s up to each individual. What I am saying is that we should look at historical people without immediately resorting to anachronistic terms. And if you and your best friend happen to be exchanging swoon-worthy letters, do nurture that inner 18th-century-lady energy.