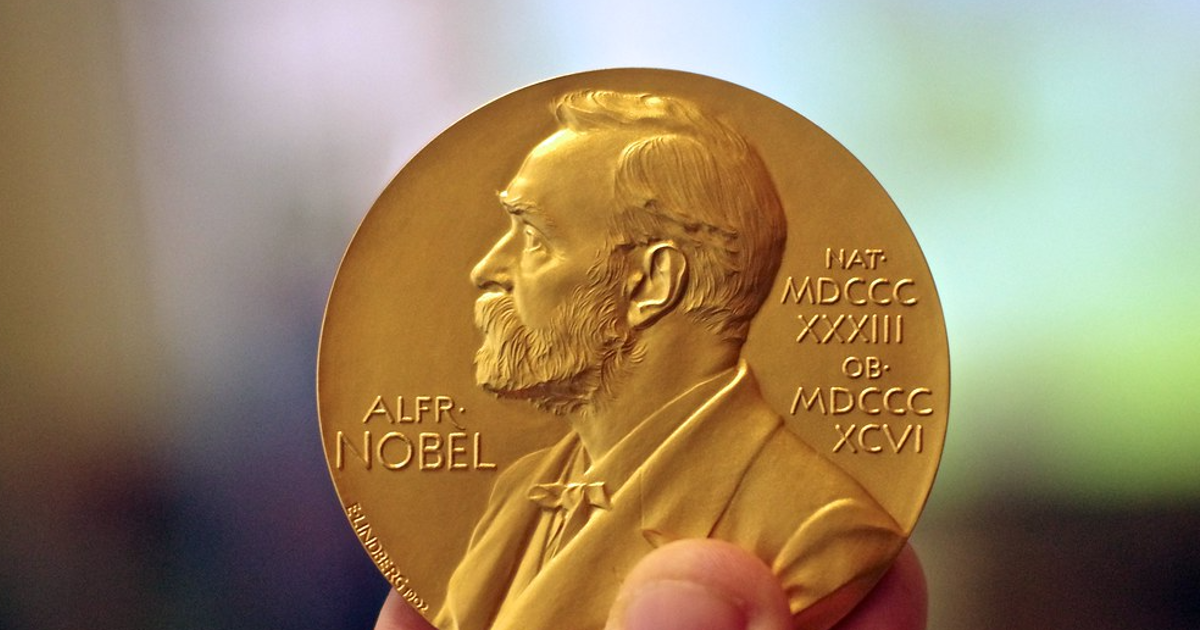 The winners of the 2021 Nobel Prizes, which recognise outstanding achievement in the fields of science, literature and peace, have been announced in Stockholm.

The Physics Prize this year recognised “groundbreaking contributions to our understanding of complex physical systems.” One half of the prize went jointly to Syukuro Manabe of Princeton University and Klaus Hasselmann of the Max Planck Institute for Meteorology for their work on “the physical modelling of Earth’s climate, quantifying variability and reliably predicting global warming.” The other half went to Giorgio Parisi of the Sapienza University of Rome “for the discovery of the interplay of disorder and fluctuations in physical systems from atomic to planetary scales.”

Complex systems are characterised by randomness and disorder, making them often difficult to understand. One system with vital relevance to us is Earth’s climate. Manabe demonstrated how increased levels of CO2 in the atmosphere lead to increased temperatures on the surface of the Earth. In the 1960s, he led the development of physical models of our climate and he was the first to explore the interaction between radiation balance and the vertical transport of air masses.

About ten years later, Hasselmann created a model linking weather and climate, answering the question of why climate models can be reliable despite the highly changeable nature of the weather. His methods, which identify specific signals that both natural phenomena and human activities imprint in the climate, have been used to prove that increased atmospheric temperatures are due to human carbon dioxide emissions.

In 1980, Giorgio Parisi discovered hidden patterns in disordered complex materials. His findings are among the most significant contributions to complex systems theory. They make it possible to describe many different – and apparently entirely random – materials and phenomena in physics and many other areas, like mathematics, biology, neuroscience and machine learning.

Benjamin List of the Max-Planck-Institut für Kohlenforschung and David W. C. MacMillan of Princeton University scooped the Chemistry Prize for “the development of asymmetric organocataylsis.”

Catalysts are substances which can control and accelerate chemical reactions, but don’t become part of the final product. Catalytic converters in cars, for instance, convert toxic exhaust gases into harmless molecules. The human body contains thousands of biological catalysts called ‘enzymes’ which are essential for life. For example, amylase is an enzyme which catalyses the breakdown of starch into sugars whenever you eat carbohydrates.

Until recently, researchers believed that there were only two types of catalysts available: metals and enzymes. In 2000, List and MacMillan independently developed a third type of catalysis called ‘asymmetric organocatalysis’ which builds upon small organic molecules. These organic catalysts have a stable framework of carbon atoms, and more active chemical groups can attach to these. They are both environmentally friendly and cheap to produce.

The Prize for Physiology or Medicine went to David Julius and Ardem Patapoutian “for their discoveries of receptors for temperature and touch”.

David Julius used capsaicin, the pungent compound which is responsible for that burning sensation when you eat chili peppers, to identify a sensor in the skin’s nerve endings which is activated by heat.  By working with cells that are sensitive to pressure, Ardem Patapoutian discovered a new type of sensor in the skin and internal organs that responds to mechanical stimuli.

These discoveries prompted concentrated research which increased our understanding of how we sense heat and mechanical stimulation, helping to answer the question of how our senses interact with the environment.

One half of the Prize in Economic Sciences, which is administered by the Nobel Foundation despite not being an original Nobel Prize, went to David Card of the University of California, Berkeley, “for his empirical contributions to labour economics”. The other half went jointly to Joshua D. Angrist of MIT and Guido W. Imbens of Stanford “for their methodological contributions to the analysis of causal relationships.”

Card is known for his use of ‘natural experiments’, studying economic phenomena in the real world. His results showed that increasing the minimum wage does not necessarily lead to a decrease in employment. He proved that the incomes of people who were born in a country can benefit from new immigration, while those who immigrated at an earlier time can be at risk of being negatively impacted. He also concluded that the allocation of resources to schools is far more important for the future labour market success of the students than we had previously believed.

Angrist and Imbens did similar work on ‘natural experiments’, demonstrating how they can enable us to draw precise conclusions about cause and effect. The framework that they developed has been widely adopted by economists and researchers ever since.

Outside the sciences, the Nobel Prize for Literature was awarded to Abdulrazak Gurnah, born in Zanzibar (modern-day Tanzania) and working in the UK, “for his uncompromising and compassionate penetration of the effects of colonialism and the fate of the refugee in the gulf between cultures and continents”. The Peace Prize went to Maria Ressa and Dmitry Andreyevich Muratov “for their efforts to safeguard freedom of expression, which is a precondition for democracy and lasting peace.” Ressa is the only woman to win a Nobel Prize this year.

Each Prize carries a monetary award of 10 million Swedish krona (approximately £838,000, or $1.14 million) that is shared among the recipients. Laureates deliver a lecture in order to win the money, and also receive a diploma and a medal.

The Prizes were instituted in 1895 with a bequest from the industrialist Alfred Nobel, who wanted to leave behind a legacy that would benefit mankind given that, during his lifetime, he had made his fortune as an arms dealer and as the inventor of dynamite.