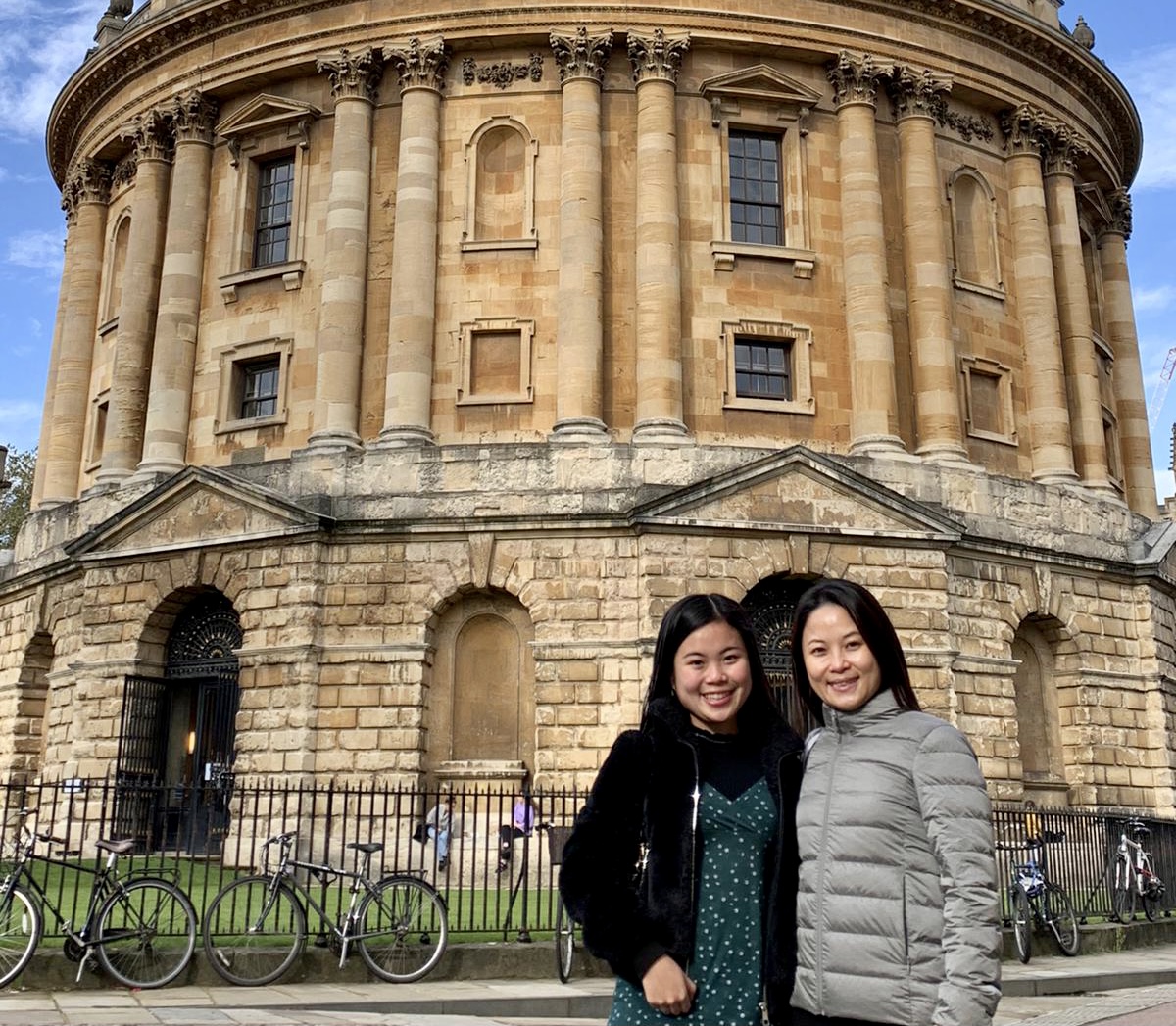 Why I dreamt of becoming a housewife

When I was 16, my life aspirations were pretty simple. I wanted to be a housewife. I wanted to graduate from a good uni, get a good job at a law firm, marry a guy who would be successful in later life, stay home and raise two beautiful children in a picket-fenced cottage, then maybe go back into the workforce after they had grown up.

And this was what I genuinely wanted and looked forward to. It was what I had known my whole life. Throughout my childhood, my dad worked mostly in China and was home in Hong Kong only on the weekends; my mom helped him with his business, essentially working part-time, with the majority of her attention devoted to my sister Helen and I. She would work in the office when we went to school, volunteering as a parent helper twice a week and occasionally on school trips. I have fond memories of heading to the school library with Helen during lunch to say hi, while she helped other kids borrow books and chatted to the other mom on duty. She was always able to take time out from work for anything Helen and I needed. In my mind, it was clear that her career was secondary to her children, and it was entirely natural that the mom took care of the kids and the dad went for work in any family. My mom always said to me, “Gajie (家姐, ‘older sister’), daddy’s working hard in China to earn money for us! He’ll be back this weekend!” When he was home, my dad tried so hard, bless him – we would go to amusement parks, to the library, to beaches, everything there was to do in Hong Kong. He taught me a lot of physics/maths (I was so into STEM as a kid) and how to play Chinese chess. But he was still a relatively absent figure in my life compared to my mom who was unconditionally there for us. 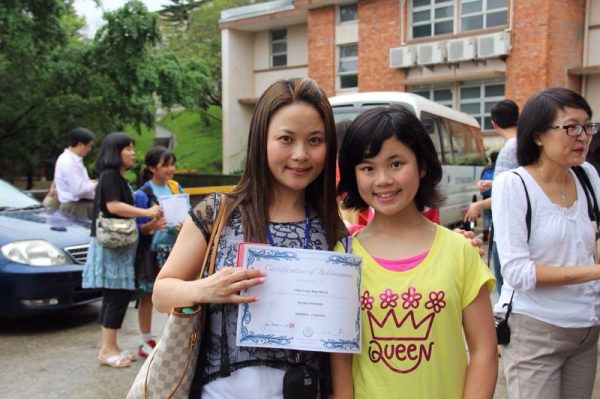 This situation wasn’t limited to our family – in fact, many other families I knew followed this structure. I went to a selective all-girls’ local school in Hong Kong from age 8, where the vast majority of mothers were stay-at-home moms or worked part-time. Many of these women had been extremely successful in their academic or corporate careers. One of my best friends’ mother had a PhD in Sociology but chose to be a stay-at-home mom when her daughter was born; another close friend’s mother gave up her stellar legal career to take care of her children, volunteer regularly at school and be on the board of the Parent-Teacher Association. For lots of after-school activities, the school was teeming with moms volunteering, hoping to make a good impression with the teachers, and to spend more time with their kids. One of those moms, who is now a close family friend, brought us all food before choir and orchestra practice, twice every week without fail. We would clamour around her in the courtyard while she distributed the dizzying array of snacks with a kind smile – “no need to fight, there’s plenty for everyone!”. She used to be a nurse, but after her marriage to a doctor and the birth of their daughter, chose to be a stay-at-home mom and play a big part of her daughter’s childhood and school life. There are many many more stories which describe this. Mothers who worked full-time were the exception, not the norm. Even though some of them returned to the workforce part-time when their kids grew up, children were always the top priority, and their pride and joy.

And school itself was also the perfect storm for this idea to take hold. It was awesome in many ways, filled with incredibly smart young women who were ridiculously talented in everything – basically all of my friends had a Grade 8 in at least one instrument by the time they were 13 or 14 (tiger parents who?). But the school itself was laughably misogynistic. Once a week, we had Technology and Living (T&L) classes, where we learnt exactly the opposite of what that name suggests. We learnt how to cook, how to sew, and how to knit. I kid you not – teachers explicitly told us this was for us to become good housewives in the future. “When your husband comes back from work, you don’t want to welcome him back with a bad dinner, do you?” was a verbatim quote that stuck with me. Lots of us took the piss out of the lessons, but not many questioned the idea that we would actually have to cook and sew as a mother someday, including me. I’m not sure many 12-year old boys would even entertain that thought.

It didn’t help that my mom and grandma had a lot of judgement for mothers who worked full-time. “You know that neighbour of ours who’s always flying overseas and ignoring her kids? Yeah, that’s why they’re in such a bad school now. They also have no gagao (家教, ‘family education’, or ‘manners/upbringing’) and are horrendously rude.” “Oh, have you heard that her daughter was diagnosed with ADHD? It’s because she’s always working and just leaves her poor kid to be raised by their domestic helper. I feel so sorry for the kid.” My mom and grandma didn’t mean any harm – they just genuinely believed that a mother’s obligation was to stay home and raise her children properly. To them, the worst thing a mother could do was, god forbid, to let the child grow up on their own.

But they were kind of right – it pays off. The friend whose mom gave up an academic career in Sociology? She’s at Oxford now. The friend whose mom gave up her legal career for the PTA? She’s at Cambridge now. The friend whose mom I saw twice every week for music practice? She’s going to become a highly successful doctor. With all these examples and ‘case studies’ swirling around me, I thought I had a clear idea of how my life would pan out. University. Masters. Five years of work. Marriage. Eighteen years to raise two kids. Part-time or full-time work. Retirement. I saw absolutely nothing wrong with that, and in fact it seemed like a pretty sweet deal to me. I’d enjoy a few years of work, sure, but I’d enjoy raising kids more. My heart would swell with pride when I saw them singing on stage, when I saw them receiving academic prizes and when other moms asked me how I raised my kids. Don’t get me wrong – these housewife aspirations still allowed me to be highly ambitious. I dreamt of going to Oxford and I worked my ass off for that, self-studying and taking 12 GCSEs alongside the Hong Kong curriculum when I was 14 because I heard that might improve my chances, and begging my parents to let me attend school in the UK so I could apply with A-Levels. Those ambitions just never translated into anything to do with my career.

Now, I look back at all this with a wan smile. It feels impossible, yet just like yesterday, that I held these views. In the UK, where plenty of my friends’ moms worked full time, I realised just how much of a bubble I had been living in back home. It’s shocking to realise that I might have given up my entire career had I not been exposed to women and families who were different. Wanting to be a housewife is a perfectly legitimate choice, but not when other options are simply inconceivable. I think about the friends I grew up with – strong, ambitious, intelligent, fun women who will be highly successful in whatever they do. Half of them will probably choose to be a stay-at-home mom or work part-time to raise their children. This is a completely legitimate decision if it was a rational choice, and if all options were carefully considered. But is it?

This is the story of why I dreamt of becoming a housewife.